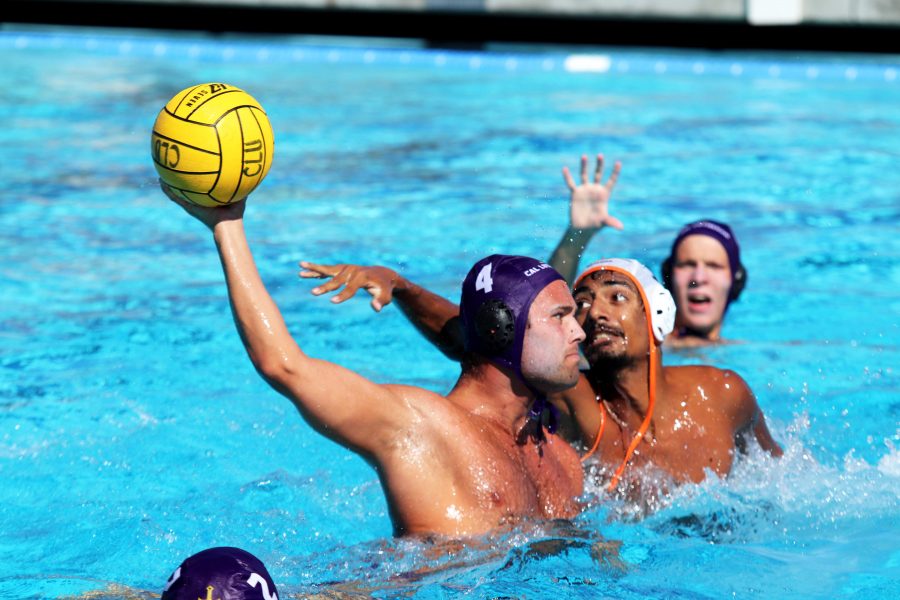 The California Lutheran University men’s water polo team came out ready to play on the morning of Saturday, Oct. 20, taking down the California Institute of Technology Beavers, 16-10.

After beating Caltech 18-9 last month, Head Coach Craig Rond hoped the Kingsmen would come out ready to play during the rematch against the Beavers.

“The last time we played Caltech we were really complacent at the start of the game. We were actually down 4-2 and I just said, ‘Look, come out ready to play the game and you’ll be alright,’ and that’s what they did, so I’m pretty stoked for them,” Rond said.

The Kingsmen started off the game with precise ball movement and dominant defense. Sophomore attacker Parker Jory tallied a steal off a pass into the center of Caltech’s offense. A few plays later, Lowe found the back of the net off a pass into the middle from Goldsmith.

Lundgren followed suit with his first goal of the game, a deep shot from the top center, finding the gap and lobbing it right over Caltech’s keeper.

Senior center defender Jack Kirby said he felt like the team came out ready to win offensively and put up a solid performance against the Beavers.

“This went exactly as we had hoped and exactly as we had planned,” Kirby said. “There was great defense all across the board. I mean, our counter attack was beautiful and then we had kids like Ben [Brown] over here stepping up. We had our whole set putting away goals.”

Brown, who played a key role on Cal Lutheran’s offense, was also in agreement that the team had made some improvements since their last match against Caltech.

“I felt like our communication was a lot better this time around,” Brown said. “We’re trying new things and today they were working out. We’re practicing a lot of our new plays and it’s been awesome.”

One of these plays happened late in the first half when sophomore attacker Stephen Blaauw got a drawn ejection. The Kingsmen followed it with a goal from Goldsmith off an assist from Lundgren to the outside left.

In the second half, the Kingsmen continued to control the play of the game. Senior center Justin English drew a penalty against Caltech, leading to a free penalty shot taken by Brown. After getting blocked off the shot by the keeper, Brown found the ball again and sent it into the back left of the net for another Kingsmen goal.

The Beavers’ efforts to catch up to the Kingsmen’s six-point lead were unsuccessful and Cal Lutheran took home the win.

“I thought we did a good job today,” Rond said. “We just keep talking about execution and if we execute, physically we’re as good as anybody out there.”

After the win, the Kingsmen prepared for their second game of the day against Austin College, which they won 17-8 with a dominating defense.

The Kingsmen will face the University of La Verne Leopards at home on Wednesday, Oct. 24 at 4 p.m.