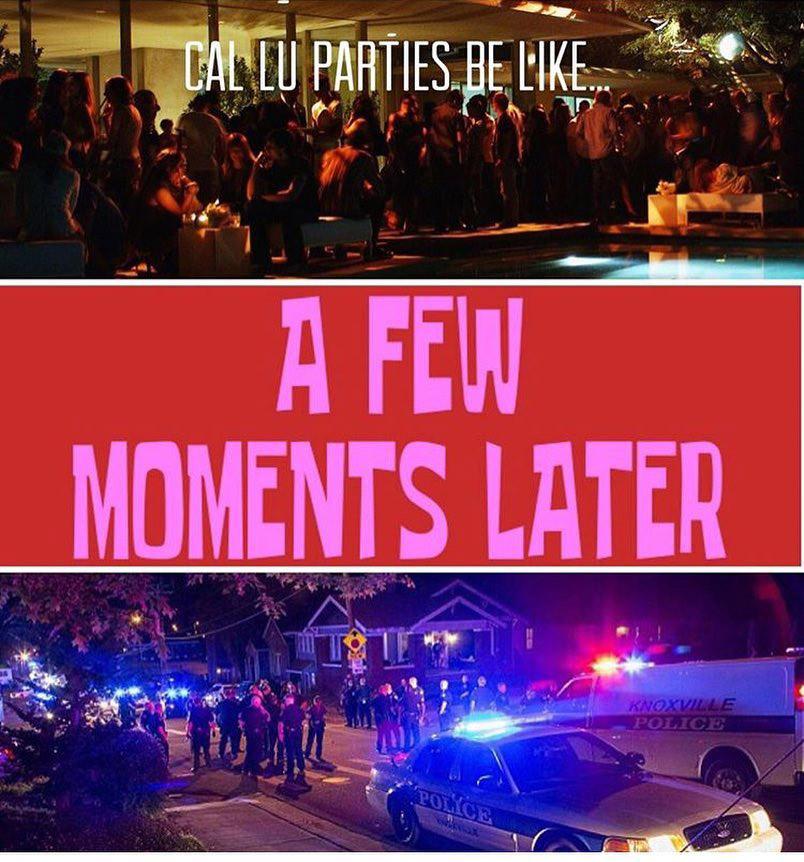 In the age of technology, students use social media to publicize events, chat with one another and share their experiences.

California Lutheran University students use it to share pictures of animals and memes.

Ducks, squirrels, bunnies and memes have taken over campus conversation. These Instagram accounts popped up in the 2019 school year, and word of them is spreading across the campus as they grow in popularity.

“So many people have  been talking about it lately… [students] don’t want to miss out and I think it’s something all CLU students can kind of relate to,” junior Thea Holtlund Jacobsen, a fan of the “CalLuMemes” Instagram page said.

Not only are students having fun seeing the content, but the owners are having a good time running the accounts as well.

First-year Kate Vega is the student behind the squirrels page. She began this account after she was heading home one day and saw a squirrel hop on a windowsill and appear to try to break into one of the dorms.

“I was like ‘Oh my gosh! This is awesome.’ And so I took a video and put it on my Instagram story,” Vega said. “Then I was like ‘You know what…this should have an account. This is really funny!’”

Squirrels of CLU is solely dedicated to posting photos of squirrels. A recent post outside of Ullman Commons showed a squirrel perched in a tree, holding onto an entire piece of pizza.

The student who runs Cal Lutheran Ducks chose to remain anonymous because, as she said, “the focus should ultimately be more on the ducks than the person behind it.” She will be referred to as Alexa in this article.

Alexa said ducks are one of her favorite animals because they are comical, and she wanted to shared this with fellow students. She also plans on creating a fundraiser through the account.

“I’m a big proponent for wetlands conservation,” Alexa said. “So there’s definitely ideas of doing something in the future like designing stickers or just any number of things and then donating the proceeds to a wetland conservation charity.”

Alexa believes the account will be popular for a while based on the positive feedback she has gotten. She believes part of this positivity is because the account allows submissions from other students on campus.

“I make it open to send things in,” Alexa said. “Then I give them credit and so I just feel like it helps to build that community because people are like, ‘Oh, well, I see these ducks too.’”

The CalLuMemes page has a different approach compared to Alexa and Vega. This page places classic meme pictures alongside text related to campus. These pictures comment on all things Cal Lutheran, poking fun at Ullman dining, sports teams and courses offered on campus.

The owners of the meme account have chosen to remain anonymous as well. They thought it would be “more mysterious and interesting” if there was no face associated with the account.

The account owners said they just want to share funny memes with other students. For example, a recent post placed an image of blindfolded characters from the movie “Bird Box” with the caption “Cal Lu students when anyone tries to hand them anything on the Spine.”

The account has students talking. Jacobsen said she has heard many of her peers bring the page up and she called it a “conversation starter.”

“If people find any memes offensive we want them to tell us so we can take it down because we’re not trying to offend anyone,” an account manager of CalLuMemes said.

The reasoning behind these accounts, according to the managers, is to bring the Cal Lutheran community together.