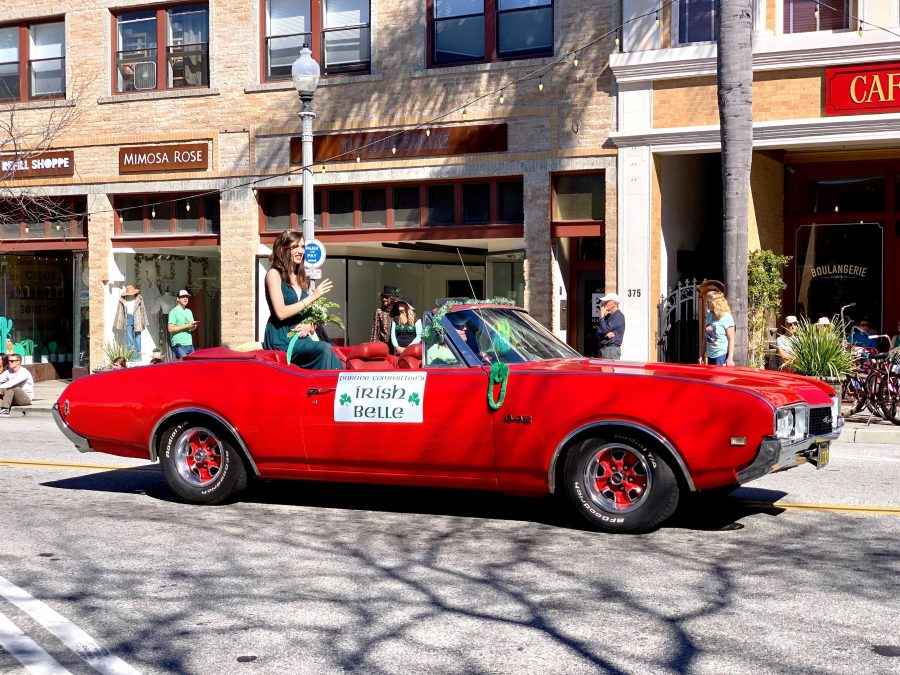 Luck of the Irish: El Camino High School senior Kaylie Pendleton was named the “2019 Irish Belle” of the parade. She has a 3.7 GPA and will be graduating in May with her high school diploma and associate degree in arts from Ventura Community College, according to the parade website. Photo by James Alfaro - Reporter

Jim Monahan and Nan Drake were co-founders of the parade.

“I think the parade is really fun because we have people coming from all over the place like Ireland and Scotland. We got world class Irish dancers and grand marshals of the parade to make the event more entertaining,” Monahan said.

“After the parade is held, families hold separate parties in places such as the pub to continue the celebration of St. Patrick’s Day,” Monahan said.

Drake said she has been a co-founder as long as Monahan and became a committee member 15 years ago. Drake said the parade is free to everyone and is organized by an all-volunteer committee. Drake added that Monahan’s favorite part of the parade is the giant green pig balloon named “Bacon.”

“It’s a community event that allows people in all spectrums to come out and have fun,” Drake said. “You certainly don’t have to be Irish in order to celebrate the event because it’s a fun parade that celebrates a little bit of Irish culture.”