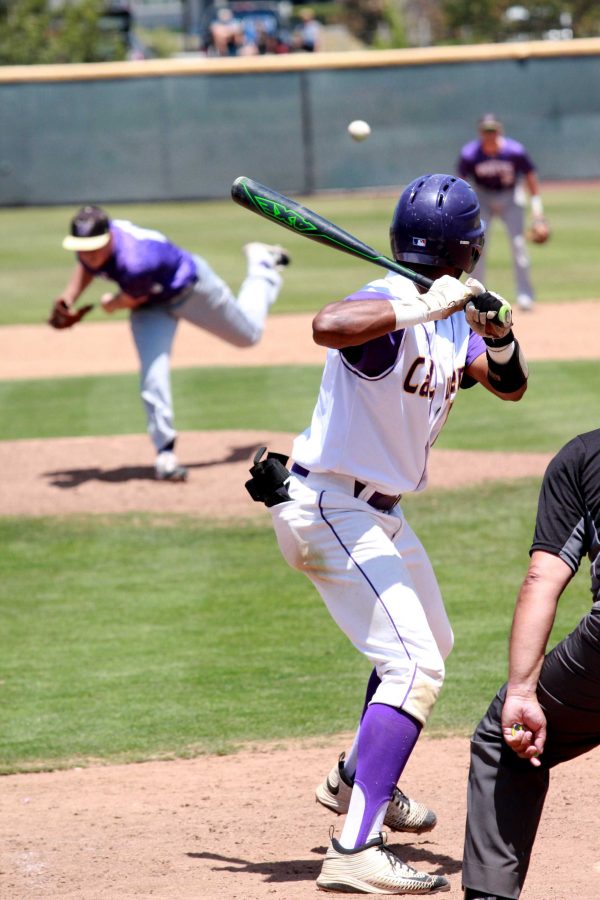 The Kingsmen swept Whittier College 5-3 and 7-0 during their doubleheader.

“Just knowing it was our last home game made it an emotional day for all the seniors. All we wanted to do was go have fun one last time with the guys on the field and it showed. We were able to take both games of the doubleheader at home on senior day and the seniors couldn’t ask for a better way to end the regular season,” Fong said.

The Kingsmen’s first game was highlighted by 14 hits and 5 RBIs to take down the Poets.

Senior pitcher Chris Kovach started on the mound, pitching almost 7 full innings and only giving up 3 runs in total.

The Kingsmen started off game one strong as sophomore third baseman Tanner Wright picked up an early single. Wright was advanced to third when junior centerfielder Cortez Espinoza doubled to left center.

With runners in scoring position, junior left fielder Ryan Probst and catcher White earned RBIs to give the Kingsmen a 2-0 lead.

After junior right fielder Matt Sciumbato was able to get on first base with a walk, senior second baseman Anthony Sidley singled between first and second base to bring Probst home and add to the Kingsmen’s lead.

Soon after, first baseman Clark and shortstop Egan both found hits in right field to total their lead 5-0 in the first inning.

With a two-run lead, the Kingsmen brought in closing pitcher Christian Slattery to secure the win. After retiring the side, Slattery became the Southern California Intercollegiate Athletic Conference leader in saves after he earned his ninth save of the season.

In the second and final regular season home game, the Kingsmen bullpen didn’t allow the Poets to get anything started with their bats.

Junior Scott Roberts took the hill to start and was able to shut out his opponents, a recurring theme for the pitcher this season. Roberts went six innings deep with only 4 hits, 1 strikeout and gave up 0 runs.

Sidley earned the first run of the game with a triple that found its way through the center and right fielder. He then reached home with a sacrifice fly ball hit by Clark.

Probst earned the only multi-RBI hit with a single to give the Kingsmen a comfortable 5-0 lead. With the bases loaded, they were able to add two more runs.

Three sophomores took the mound; Clay Rickerman, Zach Hardman and Mason Snodgrass collectively earned 5 strikeouts and only gave up 3 hits in the remaining innings of the game.

The win concludes the Kingsmen regular season and solidifies them in the fourth spot in SCIAC standings.

“Just knowing that my baseball career is coming to an end and it was my last two home games really hit me,” Fong said.

The Kingsmen enter post-season play in hopes of repeating their success in 2017, when they earned their first title as NCAA Division-III Champions.

“We play for a national championship program and we have to set that precedent for the younger guys…knowing that we all influence the younger guys, we just try to hold them to a high standard and set the table for their future success,” Fong said.

With a conference record of 15-9, the Kingsmen head to Chapman University to face the Chapman Panthers on Friday, May 10, in the first round of the SCIAC post-season tournament.