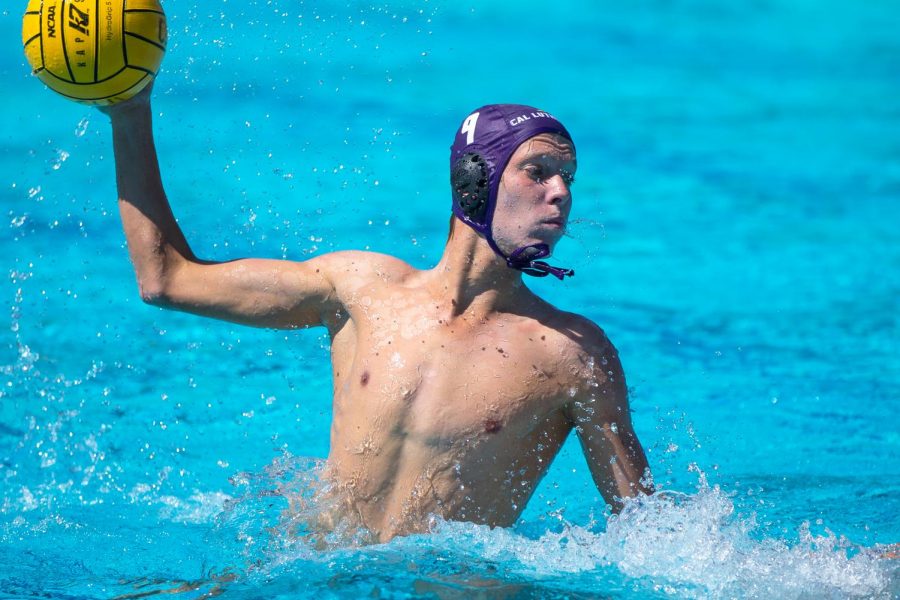 Last weekend, the Kingsmen Water Polo team flew across the country for the Brown University Invitational in Rhode Island where they faced Division I schools: Brown University, Massachusetts Institute of Technology, Harvard University and Connecticut College.

The team had been hard at work during the summer to prepare for the event, which took place on September 7 and 8.

“We felt pretty good going into the tournament coming off of double days. We were pretty cohesive and everybody did a good job at making the team strong,” senior attacker George Lundgren said.

The team went 1-3 on their trip, winning their first match against Connecticut College 16-6 and falling short in their next match against Brown University 14-7.  On the second day of the invitational, the team fell short in both their matches against Harvard and Massachusetts Institute of Technology.

“We learned a lot from both games, and learned a lot as a unit and what we need to work on and what our strengths are,” junior attacker Parker Jory said.

Senior attacker Tanner Kaplan said though they know they could have played better, they were grateful for the experience to play against Division I schools because it allowed them to refocus as a team.

The team hopes to use the film that was recorded over this past weekend and their experience playing against Division I schools as a tool to help them succeed in the Southern California Intercollegiate Athletic Conference season.

“I think going against D1 teams and playing teams of higher level is a good experience for us, especially early in the year before SCIAC,” Lundgren said. The team agrees that every year SCIAC is a “grind” and any team can win any game.

Lundgren said the team is very excited to start conference play and everyone looks forward to it. He said they have very high goals for themselves this season and think they’ll reach them if they work hard and keep their heads in it.

“This was one of the best offseasons we’ve had, so expectations are high and we just hope to be on top,” senior attacker Seth Hightower said.

Jory adds that during the last week of practice before their SCIAC opener, they plan to build on their weaker spots and continue to implement new and old game plans.

This year is the first year that Division III will be giving national titles and the team is hopeful they will be one of the first teams in Division III to hold a title.

“A lot of us are hoping to get the national title this year…that is really our ultimate goal,” Kaplan said.

Kaplan believes with the power they have this year, it is very possible. He said the team has progressed so much through the short time span of three years and this year the Kingsmen are here to take the title.

The Kingsmen continue their season against Pomona-Pitzer at home on Saturday, September 21 at 11 a.m.