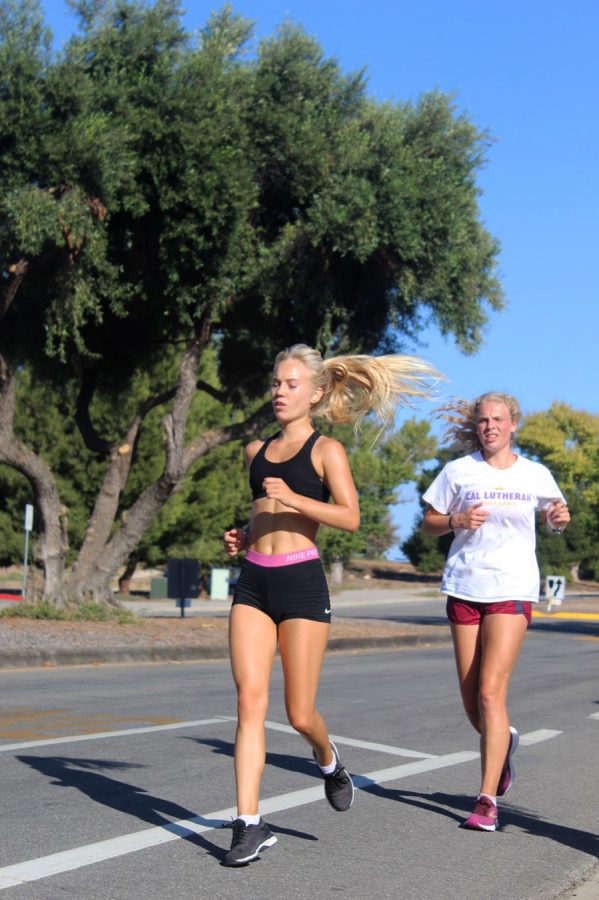 The season is fast approaching for the California Lutheran University cross country team, but they are ready to start the season on a high note.

Head Coach Matthew Lea said the team will be great this year and leadership will come from the seniors. Lea is looking forward to watching the team grow and for runners to improve individually.

“[Our] biggest improvement is focusing on the little things. This includes after and before practice like icing and stretching,” Assistant Coach Brett Halvaks said.

Halvaks seemed confident about his hopes for this season with seniors returning and new first-years added to the team.

“The team would like to place higher than last year,” Baza said.

According to Baza, the training includes intense workouts and long distance runs at 14 miles.

“Our tough days are usually Tuesdays, Thursdays and Saturdays, that’s when we workout,” Baza said.

The Kingsmen did not lose any runners this year and have hopes for a strong team because of it.

“We have a smaller team this year and it is important that all runners pack and finish at the same time. The races are not only physically demanding but also mentally demanding so we are trying to stay tough,” Ereso said.

“They are the only two that really count for our standing and the most important ones that they have been training.  We kind of put all our training towards these so we are ready to go for these last two races,” Halvaks said.

The team is already starting to see improvements for the season.

“We had six or seven people run course best. We had one guy that ran a lifetime PR… in an 8k which is great this early on in the year,” Halvaks said.

Halvaks has high hopes for the team’s improvement this season.

“The biggest reward for me is to see the improvements of every athlete throughout the year getting better day by day, week by week and watching their times getting faster. Everyone has a really good chance of going well this year,” Halvaks said.

At the University of California, Riverside Invitational on September 14, the men’s team finished sixth and the women’s runners set personal bests.

The team will have their next meet on Saturday, September 28, with the Master’s Invitational. The invitational will be at Central Park in Santa Clarita, and starts at 7 a.m.