Nothing dull about Robert Dull 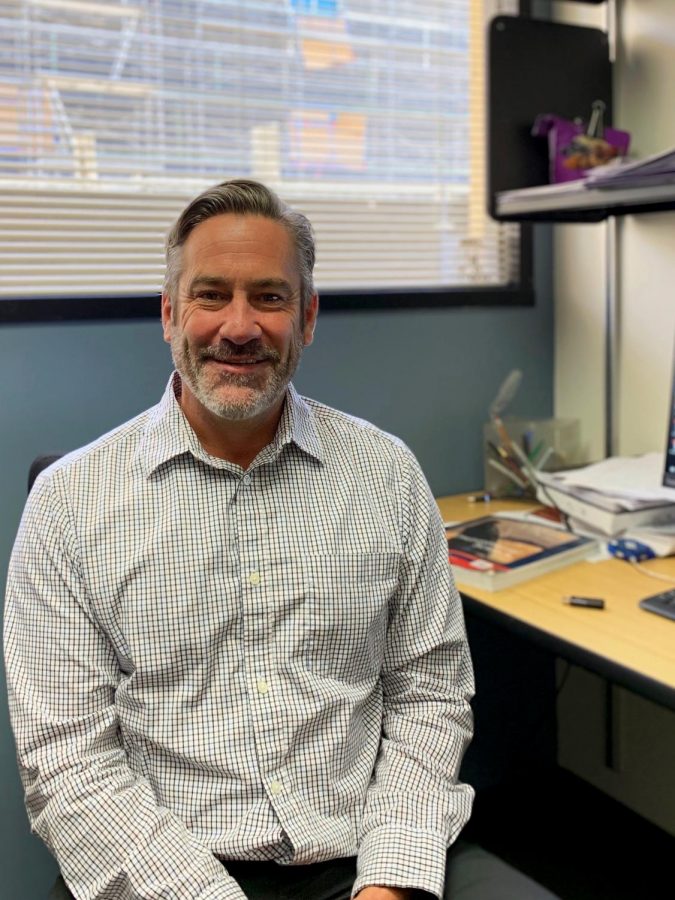 Robert Dull, chair of the Earth and Environmental Science Department, has conducted research in Latin America that earned him a feature in National Geographic.

After living in Texas for 17 years, California native Robert Dull has returned to his home state to take on the role of first chair of the Earth and Environmental Science Department at California Lutheran University.

“I’m from California. I’m a fifth generation Californian. I’ve grown up in this part of the world and I love it very much,” Dull said. “I think I have some perspective on other places of the world. I went away and I’ve come back.”

The time Dull spent away from California was filled with travel, research and teaching. Dull previously was employed by institutions including the University of California, Berkeley, Texas A&M University and the University of Texas at Austin. He is also highly regarded for the research he conducted in Latin America, especially in El Salvador, which earned him a feature in National Geographic.

“I feel like I made a huge impact, and if it’s just one little country, you know, I’ve helped to move scholarship ahead. I’ve made really important relationships there and that’s really something that’s dear to my whole purpose as an academic,” Dull said.

Dull’s work in Latin America influenced him to gravitate toward more diverse institutions. Therefore, he sees Cal Lutheran as the perfect fit due to the university’s initiative as a Hispanic-Serving Institution.

“When I applied I didn’t know this about Cal Lutheran so it was the most pleasant, wonderful surprise to come here and meet people who were involved,” Dull said. “Coming here I didn’t expect all of that, and then I found this wonderfully rich and diverse student body and increasingly diverse faculty.”

“I’m excited to kind of be the first chair of earth and environmental sciences on campus and to be able to shape the direction of the program over the next 20 years,” Dull said.

Dull was hired as the replacement for geology professor William Bilodeau. Bilodeau, who has worked at Cal Lutheran for over 30 years and serves as geology chair, plans to retire after the spring semester. The geology and environmental science departments are merging into the new department.

“He does really interesting things which I think will attract students to the program. He has lots of ideas and I’m trying to support him to make the environmental program look the way he wants it,” Bilodeau said.

“He’s really enthusiastic and passionate about what he teaches,” Arriola said. “Everyday in class he seems very excited to teach and to talk about the environment with us.”

Dull said  he believes there is a bright future for the Department of Earth and Environmental Science. With his knowledge and ambition, he hopes to improve the department and the lives of students across Cal Lutheran Dull said.

“It’s really exciting for me and it’s a perfect fit in so many ways,” Dull said.