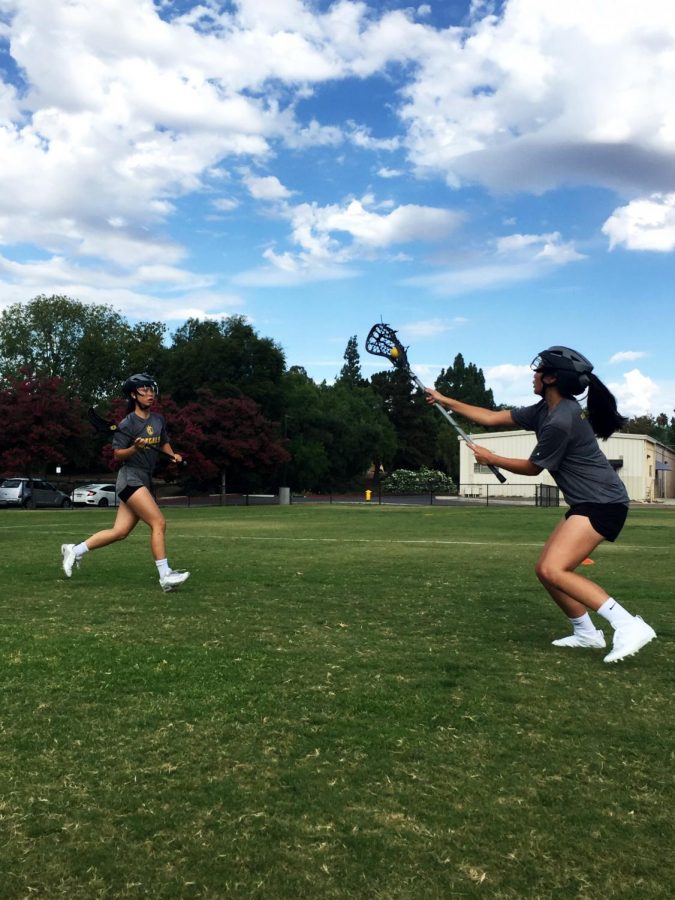 The Regals Lacrosse team has shifted to video practices and virtual panels for incoming athletes.

The California Lutheran University Regals lacrosse team practiced for the first time Monday, Sept. 16 to prepare for competition this upcoming spring. The team, which was announced in April 2018, will be led into its first season by Head Coach Laura McIntyre.  McIntyre previously coached lacrosse and field hockey at McDaniel College and the University of the South.

“It’ll be really challenging and a struggle because we are a brand new program and we do have some girls who are picking up a stick for the first time, but we also have some very, very talented players,” McIntyre said.

There is a lot of new talent and every single player is “willing to push it to the limit,” junior player Cameron Mendez said. “This season will be not only fun but challenging at some times since it is an entirely new program.”

First-year player Shelby Ingram said McIntyre has planned everything out thoroughly and so far everything is running smoothly.

Ingram said even though it has been challenging for the team to figure out scheduling and to get into the routine of practice, she is excited for the first season.

“We need to just have fun and enjoy us making history every time we do something,” Ingram said.

First-year player Malia Byun said she is working to help the new players build up to a higher skill level to be ready when conference season comes.

“A little bit of progress everyday is really the biggest goal… that we see small successes daily,” McIntyre said.

Seeing a new player catch passes a few times in a row is a success in itself, McIntyre said. This is all part of how the team is going to meet their bigger goals, including winning their first game. It’s important to set goals as a team, because the team needs to be on board with the same ideas, McIntyre said.

“Our goal for the season is to make a name for ourselves. We want to create a great name for CLU women’s lacrosse on and off the field,” Mendez said.

During preseason they want to create team chemistry and help everyone improve. The team knows it’s a new sport to the school, and they want to show everyone they are ready to start off strong, Byun said.

“It is really about balancing and figuring out where we can do better and what we can do,” McIntyre said.

Mendez said she’s confident for the upcoming season and is ready to learn new lessons from her coaches and teammates.

“We are all so very close already and that makes me even more excited as we enter season,” Mendez said.

You can watch the Regals lacrosse team’s first conference game Feb. 19 at 7 p.m. against  University of Redlands.