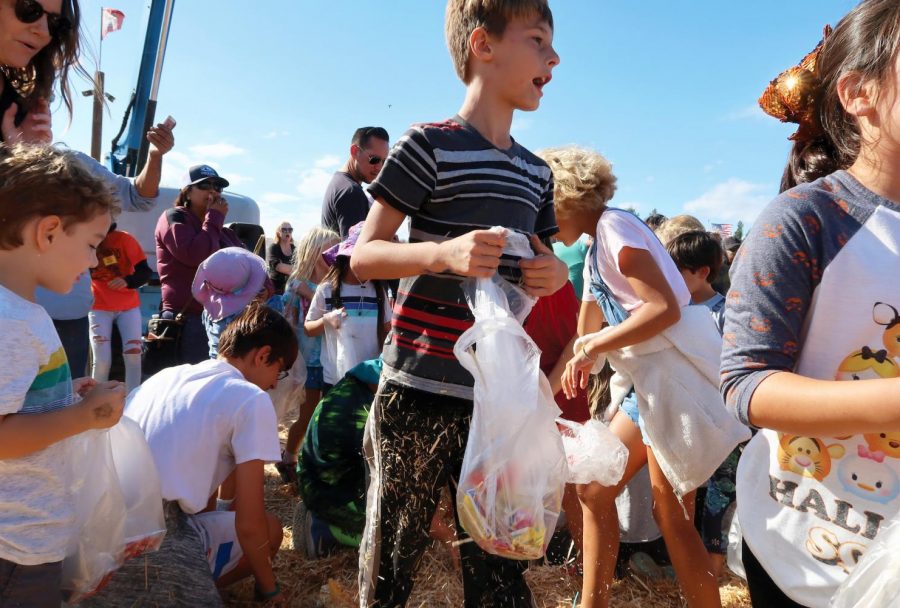 Fall is upon us, bringing on the season of corn mazes and pumpkin patch visits. Underwood Family Farms in Moorpark celebrated its 22nd “Fall Harvest Festival” opening weekend on Sept. 28 and 29. The event included festivities for attendees, including a search and rescue vehicle display and a pumpkin drop.

Underwood employee Melissa Detwiler was excited to work the opening weekend of the festival.

“It’s for the departments to just come down and show what they do and it’s also the harvest festival, so there’s plenty of fun games and activities too,” Detwiler said.

The celebration included traditional fall festivities such as pig races, a pumpkin patch and a corn maze. There were also live animals on the farm ranging from chickens and goats to emus.

Special events for the opening weekend featured K-9 demonstrations, ambulances, and members of the Bomb Squad with their “bomb robot.” One of the most anticipated events was the pumpkin drop, garnering a crowd of young and old for a chance at getting some sweet treats from the candy-filled pumpkins.

First responders from multiple agencies were  available from 10 a.m. to 3 p.m. throughout the farm to perform demonstrations, display their emergency vehicles and answer questions.

Emergency Medical Technician Max Lapides was not a part of the event but came to support other first responders.

The Fall Harvest Festival has been a key part of the Moorpark and Thousand Oaks communities for more than two decades, and for many residents it has become an important event to attend each fall. Simi Valley resident Kyle Roca said attending the festival has become a family tradition.

“I’ve been coming since I was little,” Roca said. “I’m getting a little old now but it’s fun to come with family.”

The Fall Harvest Festival will continue until Oct. 31, with each weekend featuring a different theme. From “Western Weekend” to “Antique Tractor Weekend,” there is plenty to do beyond the classic pumpkin drop and tractor-drawn wagon ride.