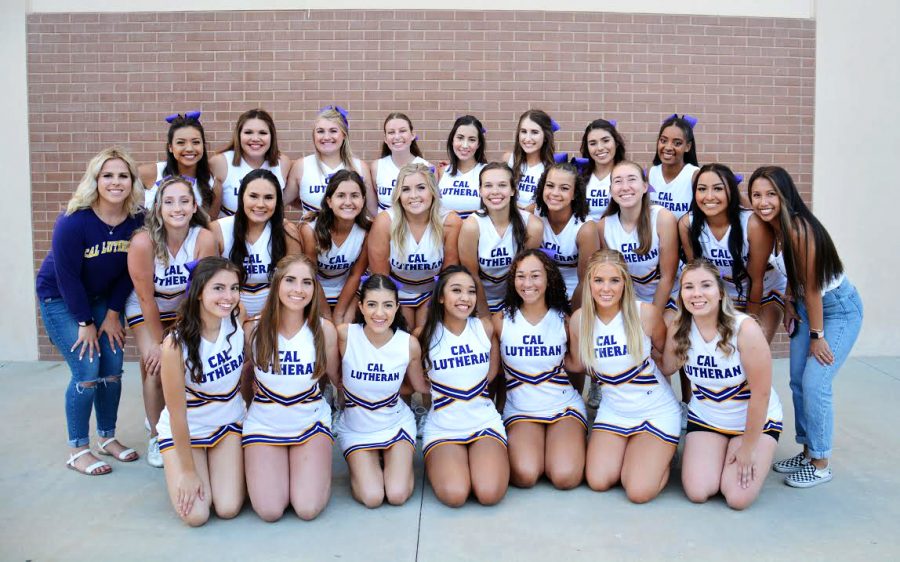 After cheering for California Lutheran University for three years, alum Rica Distor has returned as the head cheer coach. Distor has 14 years of cheerleading experience behind her including cheering competitively with All Star Cheerleading, varsity cheer in high school and serving as cheer captain at Cal Lutheran from 2016 to 2019.

As a recent graduate of Cal Lutheran, Distor knows the cheer program from a student perspective and is now learning through the lens of a coach.

When the previous head coach left she put in a good word for Distor to become the next head coach of the Cal Lutheran program, Distor said.

Distor’s goal is to establish a stable cheer program, create a better experience for the girls and gain respect.

This is Distor’s first year coaching cheer at the collegiate level. She said “it’s a learning process,” and that she has had to create a boundary between her friends and coaching. She said that was challenging, but at the same time easy because of the respect the girls have for her.

Zega said Distor pushes the team hard and challenges them to be the best they can be.

Distor also has a full-time job and is a full-time student at Pepperdine University, pursuing a master’s degree in psychology.

“She still finds the time to be one of the most engaged and supportive coaches- inside and outside of practice– I’ve ever had,” Zega said.

Distor said it is a learning experience, not only for her but for the girls. She is learning her coaching styles and figuring out how everyone clicks.

There are 23 girls on the Cal Lutheran cheer team and they haven’t cheered together as a group prior to this season, Distor said.

“Rica was one of our captains last year and was practically running the team by the end of the season, so coming in this season, the only major difference was she now had the official title of coach,” Zega said.

Zega said Distor is now able to make permanent adjustments to the program to improve it. Distor is working hard to reshape the image of the Cal Lutheran cheer program and to bring in her experience to better the team, Zega said.

“This season is going really well. It’s different for me because I didn’t know what it would be like on the other side and I love it because I get to see what I have done as their coach,” Distor said.

Zega said Distor is trying to reestablish Cal Lutheran’s cheer team and is off to a great start.

“Within our first week we were hitting stunts we never even got to try last year,” Zega said.

You can watch Distor and her cheer squad in action at the homecoming football game, Saturday, Oct. 12 at 7 p.m.