Cindy Lewis: Living out her dream 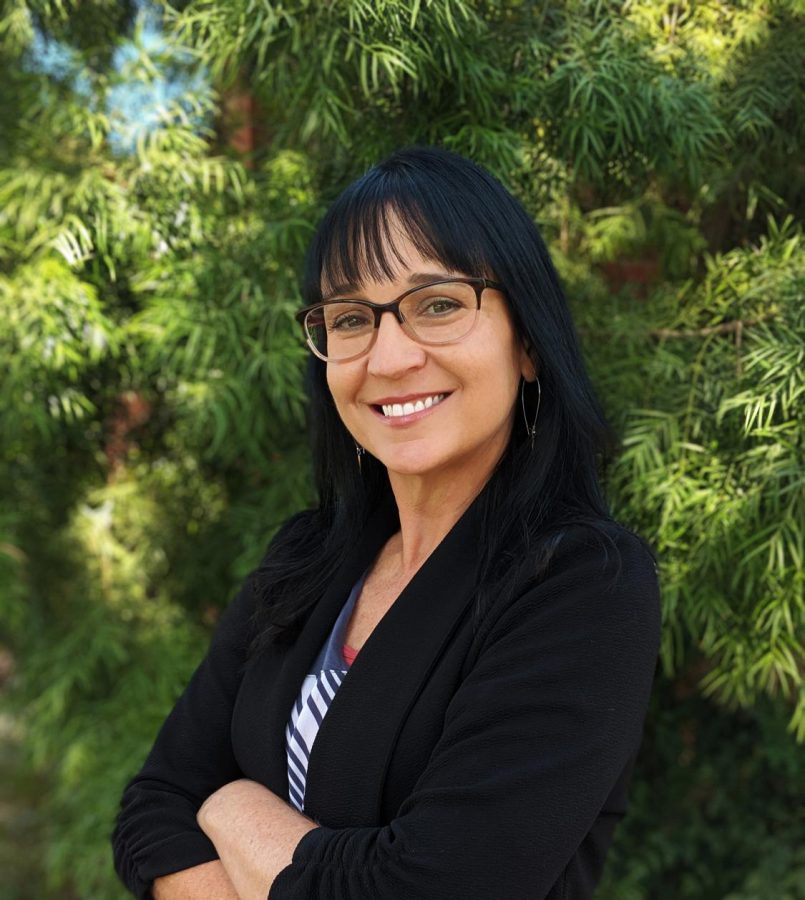 Though Cindy Lewis had different plans for her career when she was younger, she is now motivating students toward their careers at Cal Lutheran’s Career Services.

Serving as the Director of Career Services on the second floor of the Student Union has been Cindy Lewis’ “dream job” for almost 20 years, from the time she took on her position in May of 2000.

Lewis said her drive to motivate and help people set goals came from a bad experience she had as an undergraduate when she visited her Career Services office, and received little advice on career pathways.

Now, Lewis’ first priority in her job is focusing on making a change and impacting students by helping them get internships and job opportunities.

Lewis grew up in the San Fernando Valley with her older sister Laurie Zaragoza and her parents. Lewis described her time growing up as pleasant,  and a time when she learned how to be independent because of how “hands-off” her parents were. She said her education was not a big priority at the time.

“It was a very  different time growing up, where we all had a lot of jobs and school and parents weren’t saying ‘no don’t work, we need you to focus, we want you to do really well in school.’ We all had many jobs and we really weren’t too concerned with school,” Lewis said.

After graduating from California State University, Northridge in 1995 with a degree in psychology, she continued her path into higher education with California Lutheran University’s  master’s program in clinical psychology, as she was hoping to become a therapist. However, in her first semester, she came to the conclusion that being a therapist was not her calling. Lewis then switched into the master’s program  in counseling and guidance through the School of Education with a specialty in college counseling.

“Cindy is what we considered the ‘office mom.’ She takes deep care in everybody that works under her. She also excels their potential as an individual and as a professional and she deeply, deeply cares for those that she works around,” said Ryan Akers, a student employment coordinator and career adviser that works with Lewis at Career Services.

Lewis also gets to work with her husband of 20 years, Nico Maestu, an adjunct professor in the political science department at Cal Lutheran who teaches Politics in Cinema.

“He really wants me to do whatever I want to do, so instead of taking on his views as many people would do in relationships, I have been able to keep myself throughout my marriage,” Lewis said.

Maestu said Lewis perseveres in all aspects of her life to accomplish anything she sets her mind to.

“I think that she just doesn’t think of it in terms of gender. She considers herself a person who can accomplish anything that anybody else can accomplish,” Maestu said.

In their home life, Maestu said Lewis has no intention of filling the stereotypical role of a female. Instead, they work together to raise their daughter.

“That was part of the reason why I fell in love with her because she has a very independent life and because of that she challenges what the conceptions of what a person might be and should  be,” Maestu said.