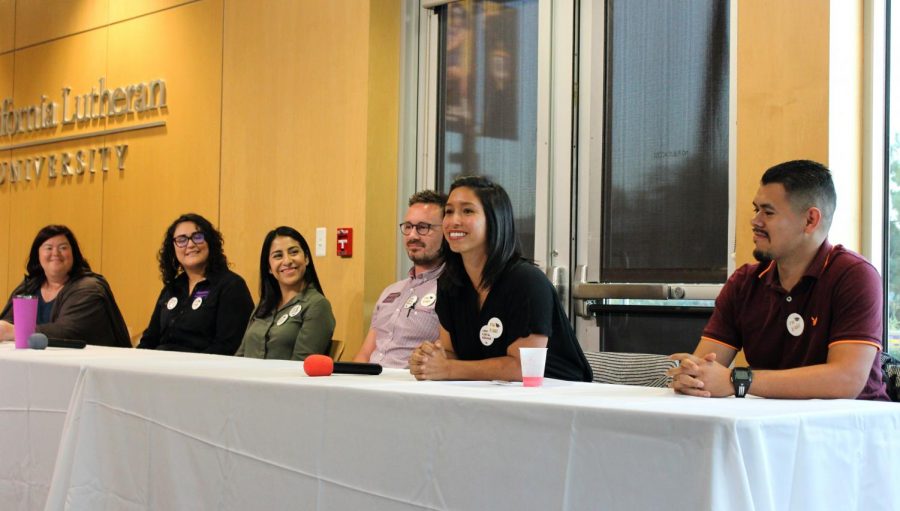 California Lutheran University’s Department of Counselor Education inaugurated a celebration for first-generation college students last week, starting with a panel discussion on Monday, Nov. 4. Throughout the week, Cal Lutheran hosted special events to inform the community on what it means to be a first generation student.

“Because of the experience of being the first in my family to go to college, I did experience difficulties based on the fact that I had no frame of reference for what higher education was about,” Uellendahl said. “The goal [of the events] is to shift the focus of what’s difficult of being first gen, but understand the systemic barriers that impact their success.”

The panelist event included staff who were first-generation college students and current graduate first-generation students. The event was followed by an informational booth located by the flagpole at the Spine on Tuesday, Nov. 5, educating individuals on the resources available. The last event on Thursday, Nov. 7 gave students the opportunity to record their stories in video testimonials, at the Center for Teaching and Learning at Cal Lutheran.

Uellendahl said the testimonials will be distributed on Cal Lutheran’s webpage. The videos may also be used to educate staff who are not first-generation college students, Uellendahl said.

Panelist Mireya Milian, a graduate student pursuing a master’s in counseling, said it had always been a family goal for someone in her family to attend and finish college. Milian said being a first-generation college student means facing pressures  that students coming from families with college degrees may not encounter. However, Milian said being a first-generation student helped her discover her identity when she was unsure of who she was during her academic career.

During the panelist discussion, Milian shared personal stories on how being a first-generation college student has affected her life. Before the discussion began, Dean of the College of Arts and Sciences Jessica Lavariega Monforti said having the panel discussion was extremely important, because she believes sharing stories of current and former first-generation students is crucial knowledge for those navigating similar situations.

Krista Chang, a sophomore studying biology and philosophy, said she is a first-generation student who finds that her parents do not quite understand the struggles she goes through.

“It is difficult to articulate [my educational goals] to my family,” Chang said. “I would say to don’t be discouraged by the fact that no one went to college in your family, but try to overcome that fact.”

Nicole Gonzales, assistant director of student life and one of the panelists, helped promote the events. Gonzales said it has been a lifelong dream of hers to get an education, something her grandparents instilled in her from a young age. Gonzales said many of the pressures she once endured are still prevalent. However, Gonzales believes there are more support systems in place than when she was in college. Cal Lutheran is one of many institutions that offers these new support systems.

“It can get hard sometimes, and to hear from other folks is really important,” Gonzales said. “Storytelling is important in terms of getting to know people and knowing that you are not alone in some of the experiences that you have.”