Boots in the Park: Dancing to heal 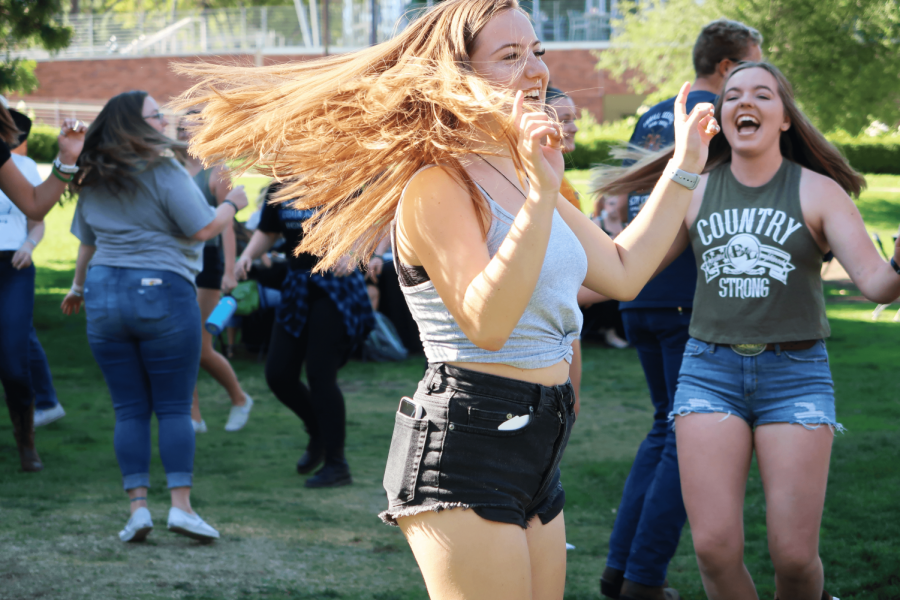 The week of Nov. 4, 2019 marked one year since the shooting at Borderline Bar & Grill. While the city of Thousand Oaks unveiled the Healing Garden memorial on the anniversary, California Lutheran University hosted university-wide events to help with remembering, healing and growing.

On Wednesday, Nov. 6 a vigil took place to remember and honor the victims. The following day, Cal Lutheran hosted a “Collection of Reflections” intended to be “an opportunity to heal and reflect,” according to the event poster. However, on Friday, Nov. 8, Student Life and Campus Ministry put on a more light-hearted event. “Boots in the Park” was filled with line-dancing, food trucks and giveaways.

Boots in the Park was open to students and staff to pay homage to Borderline, a popular spot for line dancing. Director of Congregational Relations Desta Goehner said that while all the events in the past week were important, the one on Friday was particularly special.

“The spirit of Borderline still lives on,” Goehner said. “I think the dancing and gathering of people for something fun is really important to our healing.”

The Line Dancing Club helped lead students and staff in multiple line dances, including “Copperhead Road,” a popular beginner dance. Despite the club experiencing technical difficulties with the music, participants continued to dance and sing along even without music playing.

Shannon Martin, a senior at Cal Lutheran, said she chose to go to the event because she is a survivor from the shooting. Martin said she wanted to be with other people who were affected, and who she now considers “family.”

“I really wanted to be there to represent as a survivor, so even the people who were not there, who are still obviously affected and hurting, have the opportunity to [go], and to see us there. As survivors [that] might have helped them,” Martin said.

While line dancing and food trucks were the main features of the event, other clubs on campus came out to show their support. Associated Students of California Lutheran University was present and distributed “CLU Strong” shirts to those who did not get one last year. Morning Glory magazine staff gave away free copies of their newest edition, which contains a section dedicated to Borderline as well as the recent fires.

Co-editor of Morning Glory Meagan Toumayan explained the inspiration behind the issue and its significance.

“We release an issue once a year, usually in the spring,” Toumayan said. “However, the theme of this edition is ‘Art in Motion’ and we have a whole section dedicated to Borderline and the fires.”

While the past week was the first time these events took place on campus, Associate Director of Student Life Jaime Faucher said she has high hopes for the events to continue in years to come.

“Similar to this year, I am sure that there are many people that will likely want to contribute to remembering Borderline again next year,” Faucher said.

Martin said she enjoyed the event, and that it was good to see all her friends back in their element: line dancing.