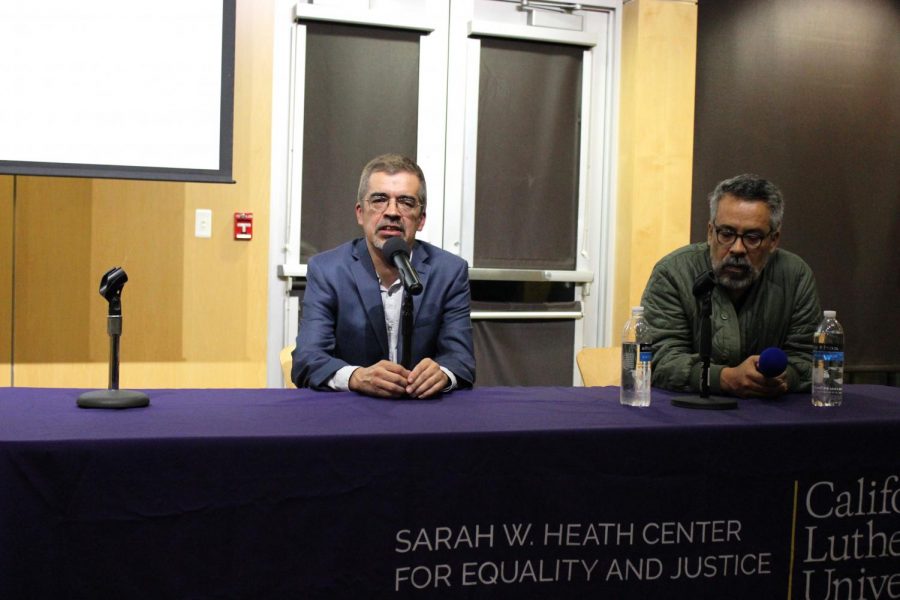 Salomon Huerta said his aim is to disrupt negative connotations of the Latinx community by using real-life and non-violence related narratives. His art work is currently featured at the Louise Alexander Gallery in Los Angeles, California and in Porto Cervo, Italy.

Alvaro Huerta is a professor at California Polytechnic State University, specializing in Urban Planning, Ethnic and Women Studies. During the event, Alvaro Huerta described his experience growing up as a Latino and what his narrative throughout his book was intended to showcase.

Alvaro Huerta said the negligence that many Latina/os feel today as certain politicians classify them under negative narratives has become front and center in his work.

“Let’s not fool ourselves here. You can be a Democrat, you can be a Republican, you can be black, or you can be orange, it doesn’t matter to me. What matters is the policies. What policies you are implementing. So if you’re deporting brown people, Asian, Pacific Islanders and others, to me that is the problem regardless of your race,” Alvaro Huerta said.

Aliyah Gardea, student coordinator for the Sarah W. Heath Center for Equality and Justice, spoke about the importance of showcasing Latin related events on campus.

“It was just really heartwarming to see that a lot of people came out for this issue, because I know it’s something that is very important for a lot of people, but sometimes it does feel [like] there is a lack of representation on this campus for things like that,” Gardea said.