Taking dance to the next level at Cal Lutheran 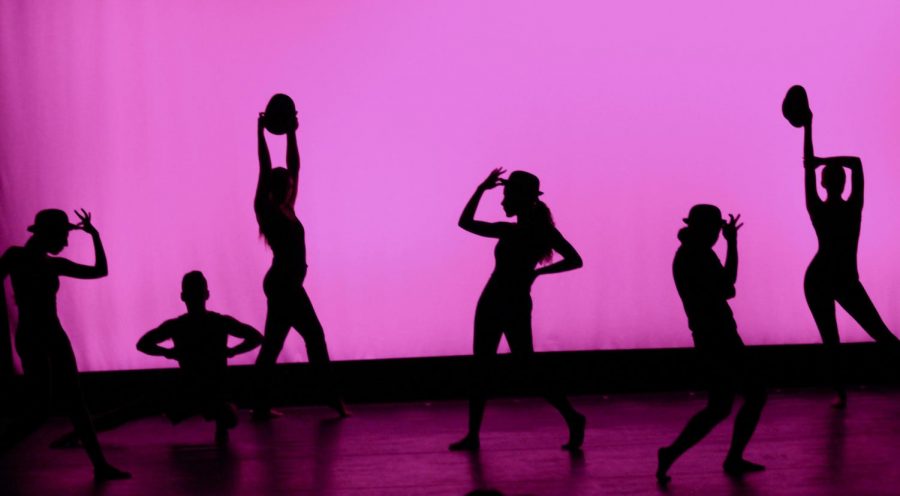 This dance was choreographed by Julia Felker, was named Brubeck ‘n Bowlers because the song was composed by Dave Brubeck and the dancers wore bowler hats.

The idea for the Inaugural Fall Dance Concert was conceived a few months ago by Barbara Wegher-Thompson, senior adjunct faculty member and lecturer in the Theatre and Dance Department.

Adjunct professor Jeffrey Wallach, director and producer of the concert said Wegher-Thompson started the process of putting the show together and then “passed the baton” to him.

Wallach said this concert was created to give the dance community of California Lutheran University the opportunity to go to the next level.

Students underwent a professional audition process to be in the show, Wallach said. It is the first faculty-run dance concert at Cal Lutheran.

“The audition process was super fun. I really liked learning about each piece and I was able to showcase my skills in each style,” said sophomore dance minor Emily Gull.

“There’s a lot of popping in the first piece and a lot of krump vocabulary in the second piece. There’s a lot of house dance and hip-hop,” said Ricky Medina, an adjunct faculty member.

“I am so thankful the faculty asked me to be part of the choreographing process. I have had so much fun creating it,” Gull said. “Working alongside some amazing dancers has not only helped me grow as a dancer but a choreographer.”

“The choreographers are totally amazing to work with and I really enjoyed getting to study with them for this amount of time,” Horowitz said.

In the future, Wallach said the department has plans to make the show longer and continue to grow in dance programs as well as musical theatre.