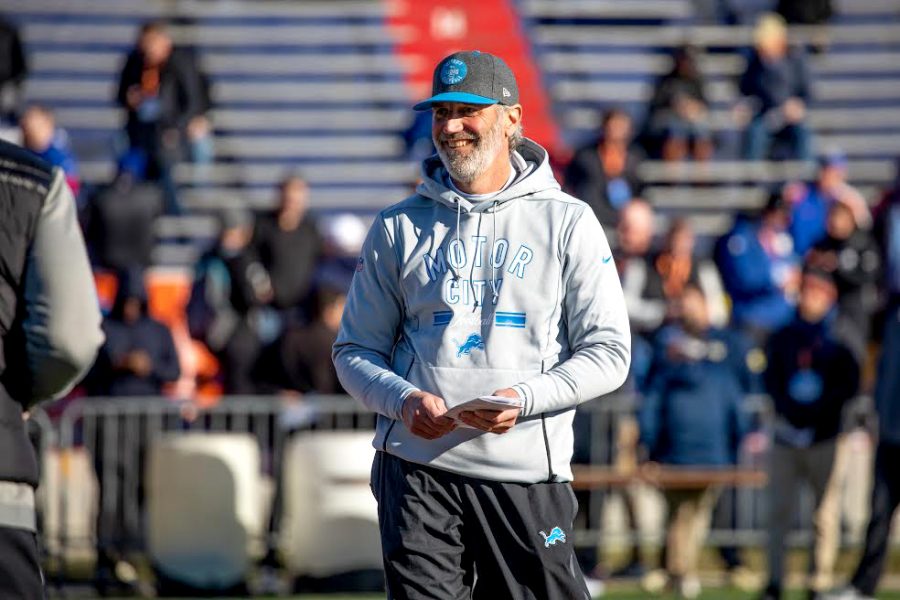 After spending the last five seasons as the defensive backs coach for the Philadelphia Eagles, California Lutheran University alumnus Cory Undlin has taken on the position as the defensive coordinator for the Detroit Lions.

“I’ve been doing this for a while now and I would say the last five [years] in Philly I was fortunate to be around a lot of great, great players,” Undlin said in an email interview.

In college, Undlin played safety from 1990 to 1994, and in 1993 was named second-team All-Southern California Intercollegiate Athletic Conference honors.

“He was a very heavy player, smart guy on the field. Very good athlete. One of those people that was good at everything they touch,” said Ben McEnroe, head coach of the Cal Lutheran football team and Undlin’s former teammate.

While attending Cal Lutheran, Undlin said he learned “no matter what profession [he] chose, no matter what [he’s] doing—teaching, coaching, selling houses,” he knew being successful had to do with building trust and relationships.

“I love the way that he works with his players on a personal level, I don’t think that’s very common in the National Football League,” McEnroe said. “He’s really a guy who opens up his home to his players. He has a great relationship with them both on the field and off the field.”

After coaching at the college level at Cal Lutheran and Fresno State from 1998 to 2003, Undlin was brought onto the New England Patriots in 2004 as a defensive coaching assistant, where he met Matt Patricia, the current head coach of the Detroit Lions.

“[He’s] one of my closest companions. We talk football all the time, philosophy, all kinds of stuff,” Undlin said to Detroit media on his relationship with Patricia.

Patricia said he felt it was important to bring in “somebody on defense that has worked really hard through his NFL career” and someone that could easily transition into being familiar with his co-workers.

“Any guys that we can bring in here that have that experience, that sort of exposure, I think are always good. [Undlin is] someone I’ve known for a long time, so that’s a positive to trying to get familiarity with people to build this staff,” Patricia said when speaking with Detroit media personnel.

Although Undlin was hired in mid-January, he is already assessing the personnel he is inheriting on defense.

“Obviously, I’m watching the other side of the ball. I’ve got a lot of work to do as far as getting a great, great feel on everybody… but I can’t wait to get my hands on them and start working with them,” Undlin said.

McEnroe said Undlin didn’t plan on coaching, but now has high hopes for his career.

“I really believe in my heart of hearts that he’s gonna become an NFL [head] coach one day,” McEnroe said.