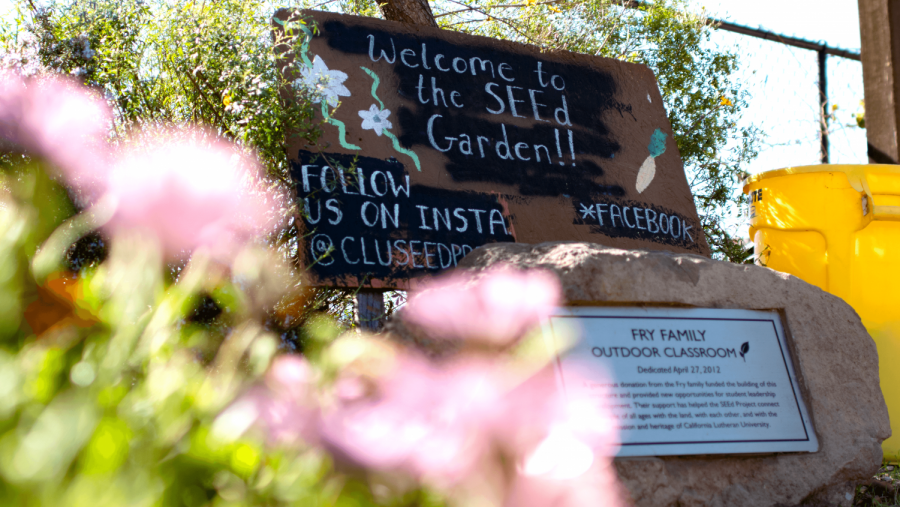 From smarter landscaping techniques and reducing food waste to new building developments, initiatives designed to reduce carbon emissions and promote sustainability are visible far and wide across campus at California Lutheran University, however, the school has yet to complete it’s Second Nature committment.

“The University as a whole has not stepped into its Second Nature commitment yet,” Lisa Dahill, professor in the Religion department and co-chair of the Sustainability Committee, said.

Dahill said that while resiliency efforts are at the forefront of the Sustainability Committee’s agenda in 2020, more work remains to be done regarding the push to become a carbon neutral institution.

“I am very gratified that through a combination of building refurbishments; building demolition of very old buildings; and building construction of energy efficient buildings, our electrical use has declined by about 3% while our square footage has grown by about 3%  since 2014,” said Ryan Van Ommeren, associate vice president of Planning and Services in an email interview.

Over the past few years, grants have been provided for electric vehicle charging stations, drought tolerant landscaping, a worm composter and creating the Sustainable Edible Education Project Garden which is located adjacent to the George Anderson Baseball Field.

Ommeren serves as the co-chair of the Sustainability Committee at Cal Lutheran, a position he has held since it was created in 2012. The committee acts as an advocate for sustainability initiatives on campus.

“Our efforts are focused on a commitment made to an organization called Second Nature to become carbon neutral and to incorporate resilient practices on campus,” Ommeren said.

The Cal Lutheran campus is growing, with the new Swenson Science Center set for completion in the fall of 2020. The building is equipped with an efficiently operating HVAC/fume hood system that will precisely regulate outside air intake to heat, cool or ventilate the building, reducing the building’s overall energy consumption.

Student led initiatives such as the implementation of water bottle refilling stations in dorms and other buildings is one of many ways students are taking action to help the university reach sustainability goals. Student involvement is encouraged, and the Sustainability Committee is open to hearing what students wish to contribute towards positively improving resiliency efforts.

Robert Dull, chair of the Earth and Environmental Science Department and member of the Sustainability Committee said the most important thing a student can do on this campus is to learn about the environment.

“Take classes that have to do with the environment,” Dull said. “Find Core 21 courses that educate them about these issues.”

Individuals can exercise their part in maintaining positive sustainability efforts by recycling, avoiding single use plastics and developing a greater understanding of both immediate and long term impacts everyday choices have on the environment. To contribute to the environment on a small scale is one step, however, greater change comes from, “understanding the implications of our lifestyles,” Dull said.

A mandatory California Commercial Organic Waste Recycling Law, AB 1826, became effective on Jan. 1, 2016. This law has called for businesses and larger institutions who produce significant amounts of organic waste to begin proper disposal of the waste.

Cal Lutheran’s worm composting bin in the SEEd Project Garden is a way in which organic waste can be broken down aerobically, eliminating the production of methane gas that would result from anaerobic decomposition of organic waste in traditional landfills.

Ommeren said the committee is looking at their practices, in terms of curriculum, water usage and transportation.

The committee “will publish a formal assessment of the institution’s resiliency in May,” Ommeren said.