The Last Five Years ‘in the most truthful, wonderful way’ 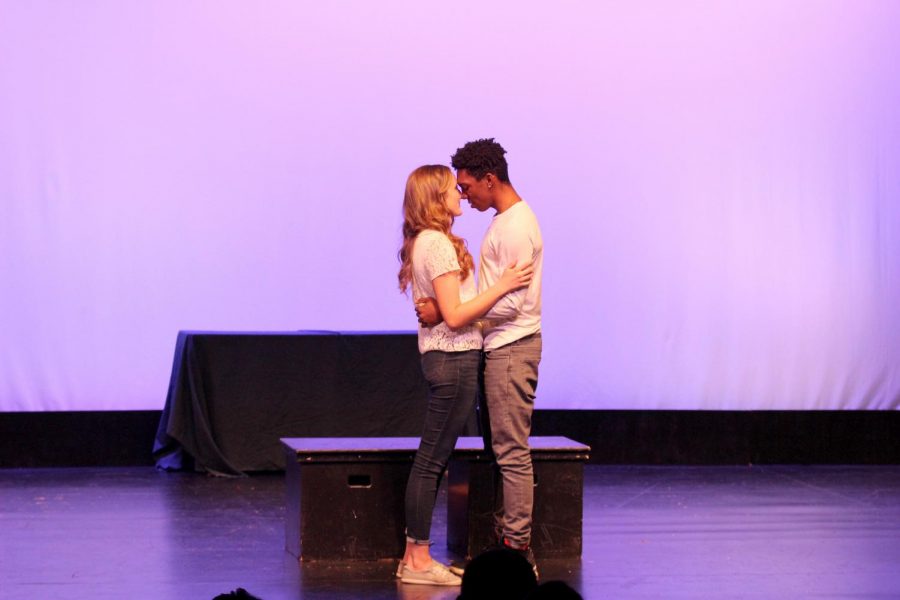 “The Last Five Years” tells the story of the relationship between husband Jamie and wife, Cathy, through a 16-song musical.

The Cal Lutheran Student Stages production stayed mostly true to the storyline and music of the original musical, however, De Maria introduced her own visions into the show.

“I thought of doing this show because it breaks up easily into individual songs where you could have a lot of people sing and act at the same time, as well as tell a really great story,” De Maria said. “It also allowed casting to have gender-bent [male playing female or visa versa] roles.”

The original version of “The Last Five Years” has only two cast members playing Jamie and Cathy, and the two take turns singing their perspectives in song. Rather than having the same two cast members, De Maria cast 16 different people to represent eight couples in different stages of the relationship.

The Student Stages show is done in a cabaret, or concert style, where all 16 cast members are featured in individual songs, but also appeared on stage all together at the beginning, middle and end.

“I think Bridget [De Maria] really figured out which person would fill a particular song the best and really tell that story in the most truthful, honest and wonderful way,” assistant director Shimkus said.

De Maria also added her own flair to the show through the incorporation of two same-sex couples.

“The relationship is universal, which is why I think she did that, and it’s neat,” Camarillo said.

“My partner and I have two of the more happy songs, when things are going good for them,” Caines said.

Throughout the rehearsal process, De Maria and Shimkus gave their cast space for individual freedom and creativity in order to develop and portray the characters’ storylines.

“We were able to make up our own back-stories as couples that translates to their songs and relationship,” Camarillo said.

This was De Maria and Shimkus’ debut as directors for a full-length show or musical.

We see how, although couples are different, love is almost always messy, but consistently beautiful, De Maria said in her director’s note.