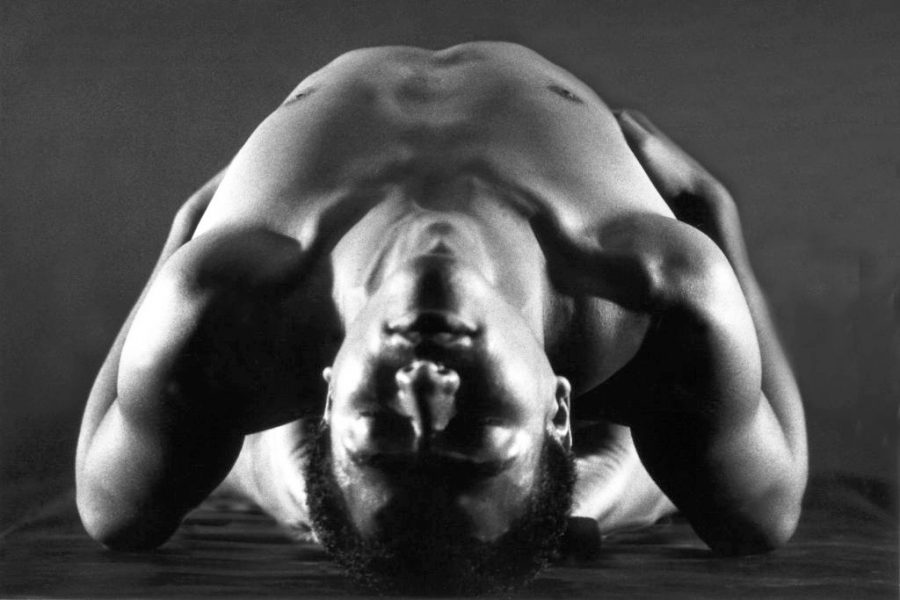 “Rather than other people defining us, I am having us define ourselves,” Wilkinson said.

The evening lecture touched on black identity as a whole, a lack of connection and issues fitting into society, classical art, recent movements like Black Lives Matter and the events leading up to it.

Wilkinson said his inspiration came from living in the last phases of the Jim Crow era in the South.

Starting out with an image of a discarded black toy doll lying in a field, his lecture moved through history following the theme of how black people can feel excluded or forgotten by society especially once they reach adulthood and/or have mental issues.

“Spiritual Bodies” is a photo gallery selected from two of Wilkinson’s previous exhibitions. This body of work is a mixture of male nudes and photos of historically significant churches and locations from the Civil Rights Movement.

Wilkinson wanted to portray the black male body positively, as an object of natural beauty rather than something exotic or hypersexualized. He said he drew inspiration from Western art artists like Michelangelo and Rodin but later included influences from African tribal art and other sources.

Wilkinson said he was trying to simulate sculpture through photography, trying to give black male bodies the same reverence and appreciation he felt classical white Western nudes like David by Michelangelo were given. In his words, it is his mission to do what he thinks no one else is doing.

Memorials  of young black men who lost their lives, whether by interpersonal violence, police shootings, or other causes are central to Wilkinson’s work. Wilkinson shared these memorials during the lecture  through various art mediums ranging from protests, marches, the funeral of Michael Brown, a painting highlighting the various skin tones of important black historical figures, poetry and photographs paying homage to famous Western paintings like “The Girl with the Pearl Earring” with black subjects.

The lecture and reception was held from 6-9 p.m. in Overton Hall, open to the public, and attended by local students, faculty and members of the public.

Moorpark College senior Glen Armer said that before the lecture he found the photos interesting, but after it “they spoke to me with endless meaning. I walked back into his gallery with my eyes open.”

This exhibit was organized by Rachel Schmid and Political Science Professor Gregory Freeland, and will remain open until Feb. 29.

“I feel like I am able to extract something spiritual from all my subjects,” Wilkinson said.