Welcome Back Bash: Bringin’ It Back Chipotle-style 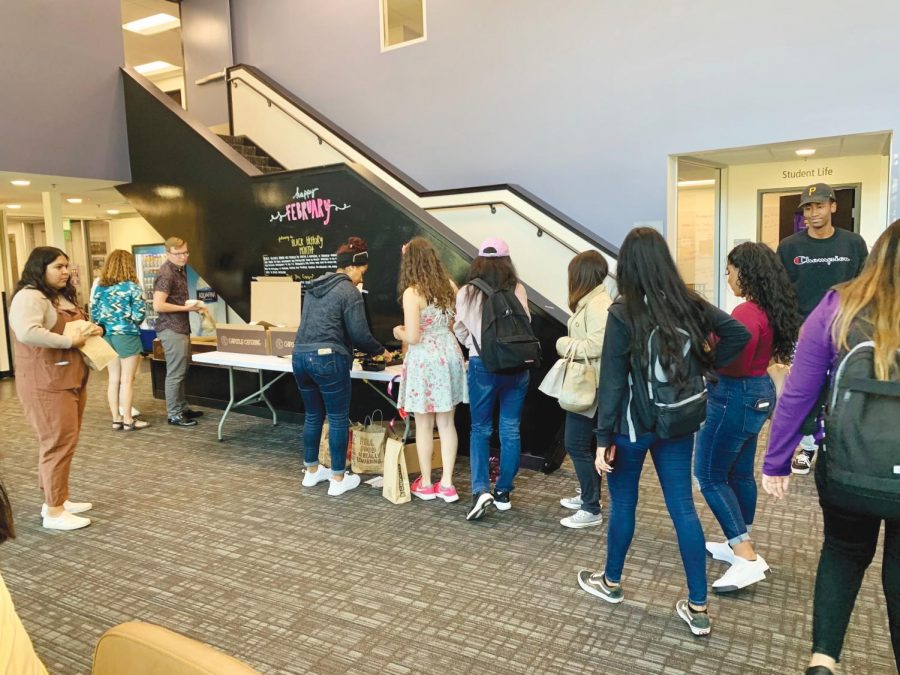 California Lutheran University students came together for the promise of food from Chipotle and Valentine gifts for their friends or significant others at the Welcome Back Bash event at the Student Union on Valentine’s Day.

“The Welcome Back Bash event is supposed to promote the community aspect of Cal Lutheran by offering food and lawn games at the patio for students at the Student Union so they can hang out and interact with each other,” senior Elizabeth Bugtai one of the student planners that helped organize this event said.

Bugtai said she, alongside her coworkers, originally planned to host the Welcome Back Bash event sometime in January before realizing how fast the month had passed by so they decided to push the event on Valentine’s Day.

“We’ve been thinking about this event since last semester, but we didn’t fully start working on it until we got back and took about two to three weeks of preparation,” Bugtai said.

Senior Nancy Meza said she heard about this event from her friend Erin Niemi, and decided to  attend.

Meza said she was surprised to see burritos and bowls from Chipotle when she first arrived at the Student Union, because she “didn’t expect that they [student life] would go all out.”

Meza said she gives credit to whoever planned the event during lunchtime and thinks they knew that it would’ve attracted students to come if they haven’t eaten or made other plans already.

Niemi said she heard about the event from Hub 101 and decided to go with Meza to get some food.

“They ordered a lot of food and I was kind of worried that it might’ve run out by the time I met up with Nancy, because when I went to other campus events, the food would’ve already ran out by the time I got in front of the line,” Niemi said.

Niemi said the event planners were really fast at distributing everything in an orderly fashion and was grateful that they ordered a lot of burritos ahead of time before a lot of people came.

“I wish Cal Lutheran had more events with more free food and that events would be more organized like this since all my student fees go toward events like this,” Niemi said.