Insulin Prices are Through the Roof 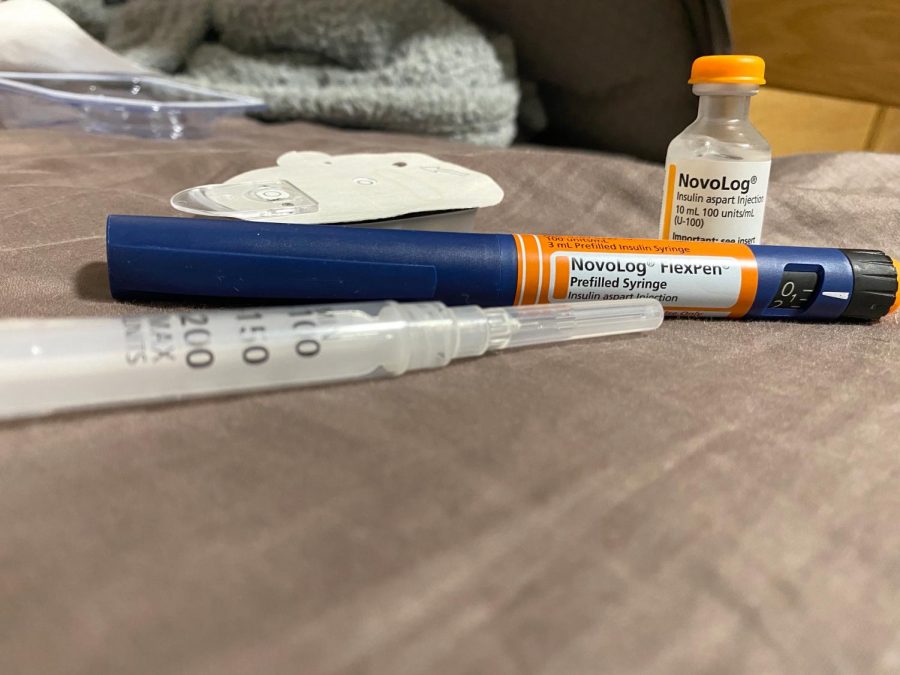 Over 1 million Americans have type one diabetes, according to Healthline.

By no means is this disease easy to take care of. It requires vigilance, countless amounts of finger pricking, carb counting, injections and constant battles with insurance.

As a type one diabetic of ten years, I know that the most difficult part of being diabetic is knowing that with no cure, these battles will be a daily occurrence. There is no such thing as a vacation from diabetes.

With diabetes, the pancreas no longer produces the hormone insulin. Diabetics rely on insulin via injection or pump to keep their blood sugar stable, in essence, keeping them alive.

If diabetics are already faced with such difficult circumstances, why should they be worried about whether they will be able to afford the only thing keeping them alive?

In this timeframe, the content of the insulin has not changed, meaning, diabetics are forced to pay more for the same content they have been using for years. This is a problem.

Depending on financial circumstances and insurance, having access to a comfortable amount of insulin is not always possible.

“There’s been a few times where I’ve run out and my pharmacy wouldn’t refill it. I had to go to my doctor’s office, and they had to give me emergency supplies,” Riley May, a sophomore and type one diabetic at California Lutheran University said.

The fact that diabetics, especially at the college age, who are already consumed with stress and financial issues are worried about not having enough insulin at the end of the day is ridiculous.

“My doctor would even try to contact the pharmacy and tell them they need to give me more,” May said.

Every diabetic requires a different amount of insulin, depending on their ratios and the way their body processes the hormone. Diabetics should not have to rely on a fixed amount of insulin, and ration less or change their diet completely because they are unable to cover the cost with or without insurance.

Unfortunately, the exorbitant prices for insulin has caused more than just financial hardships for some diabetics.

According to Right Care Alliance, since 2017, there has been at least 10 reported incidents of diabetics dying solely because they cannot afford insulin.

In April of 2017, Antavia Lee Worsham was 22 years old when her brother found her dead from ketoacidosis, a complication that occurs when blood sugar gets high and produces blood acids called ketones, as a result of not enough insulin, according to Right Care Alliance.

According to Right Care Alliance, when Worsham turned 18, she was no longer eligible for insurance coverage through the state, so she resorted to changing her diet, borrowing insulin from others and rationing since she couldn’t afford insulin.

Later that year, Alec Raeshawn Smith passed away at age 26, one month after he went off of his mother’s insurance because he couldn’t afford an insurance plan to cover his insulin, let alone the cost of a vial, according to Right Care Alliance.

“It all falls back to pharmacy and insurance. I feel like that’s where all the big problems are,” May said.

How many more lives will it take until the pharmaceutical companies, the global insulin market and insurance companies to put an end to these absurd prices?

“One guarantee of this not working is telling you who we’re negotiating with, but I can tell you things like insulin are top of mind,” California Gov. Gavin Newsom said on plans of lowering health costs.

Illinois and Colorado are the first two states to pass laws that institute a cap on monthly insulin prices, according to Newsweek. Many other states are considering similar laws in order to make insulin more affordable, however some states are still addressing concerns.

Until the prices of insulin are reduced and insulin is more easily accessible for all diabetics, we as a community must do our part to help this issue and call for a change.

The American Diabetes Association has created a page called makeinsulinaffordable.org, including stories of struggling diabetics and a petition with over 400,000 signatures.

Reach out to your local congressperson and express the atrocity of the issue, reach out to diabetic friends and offer help in any way you can.

Insulin isn’t simply an option. It isn’t just a drug. Insulin isn’t a cure for this lifelong disease, but insulin is the difference between life and death for diabetics. Insulin should be made affordable and readily available for all diabetics despite the high cost assigned by pharmaceutical companies. It is immoral and unethical to place profit over human lives.