‘Inconclusive evidence’ one year after professor’s office was vandalized 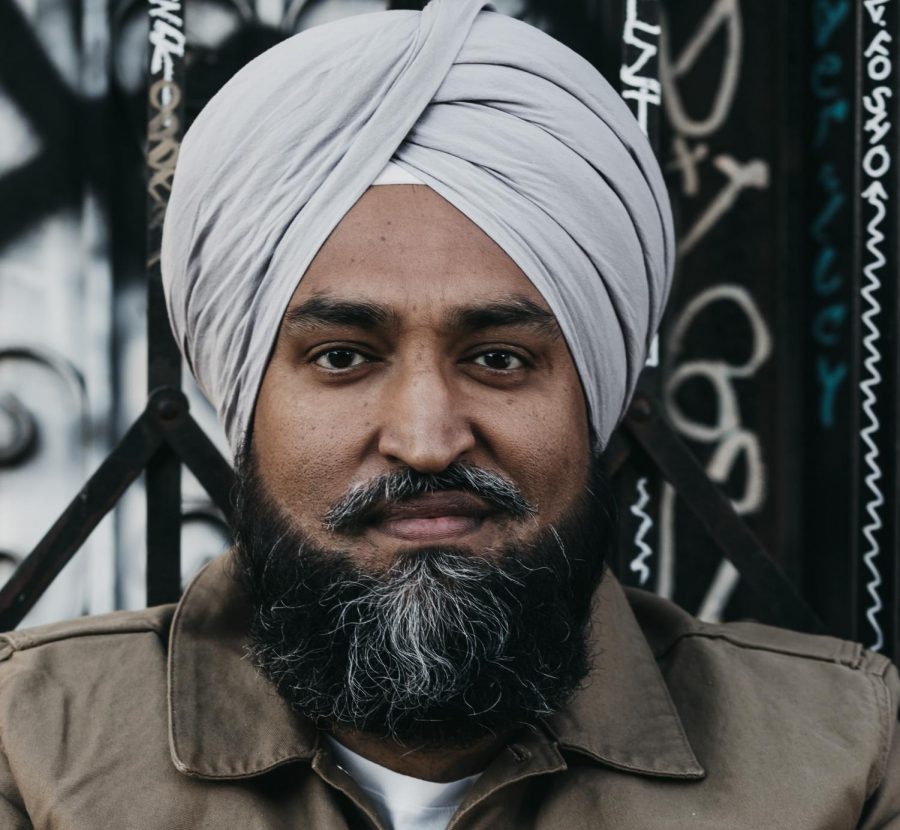 Professor of Religion Rahuldeep Singh Gill is widely known across disciplines at Cal Lutheran for his work with the Center for Equality and Justice, co-founding the Interfaith Allies and advocating for justice in all realms.

On March 20, 2020 Associate Professor of Religion, Rahuldeep Singh Gill was told the investigation into the Feb. 2019 vandalization of his office was closed, with inconclusive evidence.

“The whole thing immobilized me for a long time—I have been frozen,” Gill said. “I need to work on myself, learning about PTSD [Post Traumatic Stress Disorder] and how to manage it, leaning heavily on friends and family and the people who give me strength.”

Gill returned from a speaking trip in Feb. 2019 to find his office in the Soiland Humanities Building in a state of disarray—a lamp on the floor, a chair misplaced, a note on his wall and a book left open.

The note read “From one punjabi to the other, we appreciate the hospitality of this room… Love your office space; I particularly enjoyed reading The Crisis of Europe in Mughal North India. As a Sikh it is really relevant to my old past and I really enjoyed furthering my understanding of it. My condolences for your wife. Best regards/ Harvinder Gill.”

Gill said he was not aware of anyone with the name Harvinder, “I was shocked,” he said. “I was fearful. I racked my brain thinking about [it], did I know anyone with this name?”

A formal report was filed with Campus Safety and the Thousand Oaks Police Department.

Friday of the same week, David Hilke, director of Campus Safety sent an email to those with offices in the humanities building and within two hours Gill said he received an email from a Gmail account with the name Harvinder Gill attached.

The email said: “Thank you for your hospitality! I had left a note in your office space on the window, did you get a chance to read it?”

Gill added that for the rest of the semester, “[I] did my best to put a good face on. But by April and May my teaching was in shambles.” For his mental health, and physical wellbeing he decided to take the fall semester of 2019 off.

Associated Students of California Lutheran University Senator Garrett Wyatt who has worked alongside Gill as a Peer Advisor for a freshman seminar class said he immediately knew something was different in Gill’s attitude.

“He was walking past my desk and didn’t seem like himself, so I asked if he was okay,” Wyatt said. “He was like I just gotta tell you I’m really not doing well… I’m taking a leave of absence next fall, I’ve been a victim of racist attacks.”

Desta Goehner, director of Congregational Relations said after hearing about the break-in she was nervous for Gill’s safety and wellbeing. “I was scared for him at that unsettling feeling of having somebody else in your personal space,” Goehner said in an email interview.

After his incident, other faculty members, specifically in the School of Education, told Gill they had also received anonymous notes. “I don’t think anyone outside the school of education knew… the deans don’t even know, but the V.P.s knew,” Gill said. “That just says to me this kind of behavior is accepted at Cal Lutheran and part of the culture here.”

The private investigator hired by the Cal Lutheran Human Resources Office told Gill the note could have been left by a colleague impersonating the name signed in the note and email. There is not, however, any conclusive evidence confirming or denying this. “What makes me most uncomfortable is that I was told the person could be a colleague and they could still be lurking,” Gill added.

Before the second semester started his freshman year, Wyatt said his close friend was murdered and in his religion midterm essay he described his experience attending a synagogue in honor of that Jewish friend who passed. “The next week after he graded exams, he stopped the class to take a break and take me outside and talk to me,” Wyatt said. “He said: ‘I need to know you’re O.K.—tell me this. I’m here for you if you don’t have anyone.’”

When Gill went to retrieve his evidence from the Thousand Oaks Police Station, he said he only received a few parts of the original collection of objects including water bottles and notes he provided. In the March 20 meeting, Gill was told after President Chris Kimball checked in with the now-retired police chief, the officer who collected the evidence from Gill said he never collected the water bottles.

Gill added there is “nothing,” that makes him feel safe returning to Cal Lutheran, but he is doing it for his students.

Prior to the implementation of Cal Lutheran’s social-distancing plan in response to COVID-19, Gill returned to campus frequently to meet with his advisees and provide support—beyond academics. “A lot of students needed support [while I was away],” he said. “When things went down in February, students of color, in part, needed a voice,” Gill said.

Though Gill has not received closure on the issue, he said everyone involved in the March 20 meeting regarding the final outcomes of the investigation expressed “great care,” for him.

“I want to tell my story so people are held accountable and this doesn’t happen again,” Gill said. “I don’t think it occurs to those high up [in administration] how this affects particularly vulnerable faculty, staff and students.”