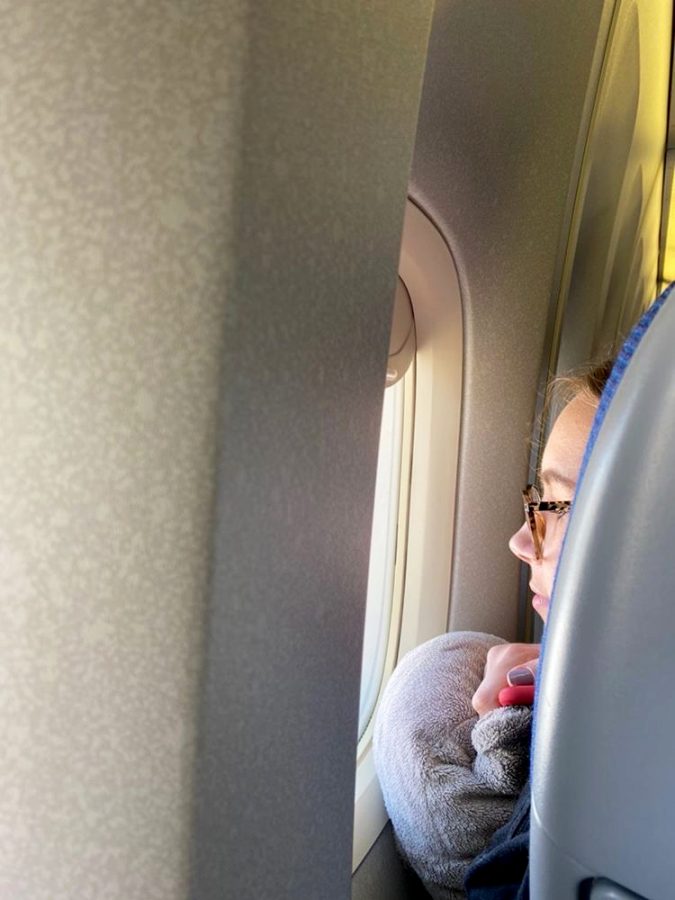 As California Lutheran University finishes spring semester through virtual classroom instruction, international students have to make decisions about whether to return to their homes outside of the United States amidst travel restrictions in response to COVID-19.

“I can go back to my home country any time if I want, but… I started thinking about the airplane and the airport and all the transportation, and I felt that it’s very dangerous right now with everyone so close,” Ziqi Ren, a graduate student from China who is part of Cal Lutheran’s Master of Business Administration program, said.

According to the Cal Lutheran International Services’ page, students are able to maintain their F-1 visa status while taking their courses online from outside of the United States. This has helped some students in deciding whether they would return to their home countries or not.

Ren said she and some of her friends, who are also international students, were originally worried that they would have to stay in the United States while taking online classes in order to comply with their F-1 visa status. Once it was confirmed that they would be able to leave, Ren said she felt relieved but decided to stay here due to safety concerns.

Ren added it was easier for her to stay in the United States for now since she is close to graduating and her visa will expire soon. She already planned to return to China when the term is over.

“This is my last term and I didn’t really want to go back to my country and then hear that all is safe here and then have to return back [to the United States],” Ren said.

Miki Niinadani is also a graduate student in the MBA program. She returned to Japan two weeks ago, when Cal Lutheran implemented the social distancing plan.

“When everything closed and we had to study at home, I had no people to stay with,” Niinadani said. “Of course I live with an American [host] family, but I was also worried about my family in Japan too because this pandemic is worldwide.”

Niinadani said that her family’s concerns about her own well-being influenced her decision as well.“They would have felt more comfortable with me coming back home so that’s why I decided to,” she said.

Seniors and Kaia Maudal and Ina Svanes were both concerned they would have to return to their native country of Norway when Cal Lutheran first shifted to online classes. After talking to other Norweigan students, they decided they would be okay to stay, but that changed when the school announced the shift would last through the end of the semester.

“On March 17, they said that they were going online for the rest of the semester and then at the same time, we got an email from the Norweigan government saying that they wanted us back,” Maudal said. “That was when we realized that we probably needed to go back home.”

Before leaving, they both had to make arrangements with their landlord to terminate their lease and start selling belongings they could not take with them.

“We sold our cars in 24 hours on Facebook Marketplace,” Svanes said. “We put all of our stuff on there, and we had some friends that wanted to buy some of our room decor and beds.”

Li-po Lin, who is also pursuing an MBA at Cal Lutheran, also had to get rid of many of her belongings before returning to her home in Taiwan.

“I just [had] two check-in luggages and one carry-on, so I threw out most of my clothing and all of my books and just left a little in the [rental locker],” Lin said in an email interview.

Maudal and Svanes also faced a dilemma planning their travel when their connecting flight from Amsterdam, Netherlands to Oslo, Norway was cancelled and there were no other available flights.

“The travel agent just told us to go to Amsterdam and take it from there,” Maudal said. “When we got to LAX, they were able to fit us into the only flight that left from Amsterdam to Oslo that day, so we had a 40-minute layover and we were running to our flight.”

The two were able to get to Norway despite the issues they encountered, and both feel relieved that they made it back.

“It was stressful but we made it home, and now we’re in quarantine,” Svanes said.