Alone together: experiencing a pandemic across the globe 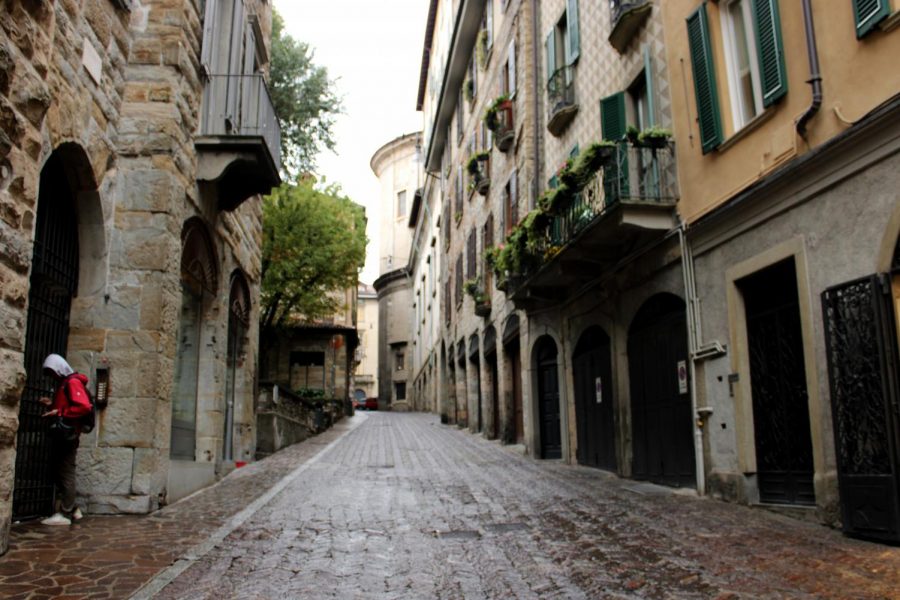 Bergamo, a city in the Lombardy region of Italy has seen a death rate of 5-6 times the average during the COVID-19 pandemic.

Countries around the world are adopting different policies in their approach to minimize the spread of COVID-19, yet there is a global sentiment of uncertainty.

“Basically the quarantine should have happened weeks ago, it was a big mistake to wait,”  California Lutheran University alumnus and International Correspondent living in Moscow, Russia, Nick Muller said. “I think authorities realized that.”

The Mayor of Moscow announced that all residents are forbidden to leave their homes starting March 30, with the exception of those with “special documents.”

Further lockdown orders have followed throughout Russia, including at least 14 regions.

Cal Lutheran alumna, Elizabeth Roemisch teaches English at an academy in Daegu, South Korea, a global hotspot in the COVID-19 pandemic, and said the spread wasn’t a threat until “case 31.”

In South Korea, law enforcement and government officials are operating a contact-tracing system which collects details of an individuals’ travels through closed-circuit television surveillance around the metropolitan areas as well as monitoring credit card transactions.

When a patient tests positive the city or district will have information about their movements prior to the diagnosis and work to sanitize and close those areas and test those exposed.

“Case number 31 is a member of a cult church, their meeting style is to pack super tight into buildings–so tight you can’t wear scarves or necklaces,” Roemisch said. “There are like 2,000 members of the church in Daegu [and] it jumped in the first week to a confirmed 600 cases.”

Roemisch added that South Korea’s policies would have minimized the spread of COVID-19, except the members of that church refused to be tested.

NBC News reported that case 31, the Shincheonji Church member, had a traceable contribution to the infection of more than 6,000 people.

As of last week, Moscow officials began operating a surveillance system similar to South Korea, using facial recognition software in closed circuit cameras around the city coupled with individual QR codes on residents’ cell phones to track movements of those who test positive with COVD-19.

As of April 5, only 38 U.S. states, as well as the District of Columbia and Puerto Rico have asked residents to shelter in place, but a formal lockdown has not been implemented at the federal level.

Some states, including Wyoming, Utah, Texas, Oklahoma, Missouri, Alabama and South Carolina, that have not yet issued a statewide lockdown are taking a piecemeal approach, with individual metro areas and counties ushering their own stay-at-home orders.

In an interview with Iowa Public Radio, Gov. Kim Reynolds of Iowa said  “we have to make sure that the supply chain is up and going,” and has not yet issued a statewide shelter-in-place order.

Abigail Espinoza-Alfaro, a junior at Cal Lutheran said though it is uncomfortable to return home after three years living on campus, it is important.

“I know for some it hasn’t hit that there’s a pandemic outside,” Espinoza-Alfaro said. “They’re not taking the precautions and I think that’s unsafe… how are we going to stop [the spread] if people are not taking [social distancing] seriously.”

During a TED Connects program broadcast March 24, Microsoft Co-founder Bill Gates said the U.S. is beyond the “opportunity to control [COVID-19].” On April 2, Gates added that in the best case scenario, he predicts an 18 month turnaround for the pandemic to peak, fall, and for workers to return to normalcy.

Another global hotspot in the pandemic, Bergamo, Italy, is experiencing a death rate almost six times the average.

Some Italians like Patrizia Cugini, owner of MIXER 4.0, a restaurant near Bergamo, have been in self-imposed quarantine much longer.

Since local churches have moved service fully online, some churches like Bergamo’s Church of All Saints have become temporary mortuaries, pushing the pews aside to instead host coffins.

Cugini said the community has rallied for their survival in various ways. In 10 days, bricklayers, electricians, painters came together to build a temporary hospital within a building that was used for artisan fairs.

Cal Lutheran alumnus Liang Tao said the lockdowns help to “break the transmission route, [but] that doesn’t mean we destroy it.” He added “the virus is still spreading in the world.  We are not safe yet, it’s a RNA virus, genetic mutation can happen any time.”

Tao works in the research department at Renmin Hospital of Wuhan University.

Regardless of region, global residents have experienced pressure and change in work, life and education.

Muller typically travels frequently in his reporting which he said is clearly not possible under the imposed lockdown. Some journalists in Russia can apply to receive a document to “go out freely and report…but they’re probably not giving many foreign journalists that document,” Müller said. “If you report fake news about the corona you can get five years in prison, everything is arbitrary here, it wouldn’t mean it would happen, but it could happen.”

Similarly, Roemisch said she is concerned about the future of her position teaching in an after-school language academy.

“Online doesn’t really work for academy,” Roemisch said. “We are doing everything we can but it’s hard to convince parents an eight minute phone call is the same as three hours in class before the virus…the question is, is my job still going to exist? Are parents still going to send their kids to after school activities?”

According to the only independent Russian newspaper, the Moscow Times, there are 5,389 reported COVID-19 cases and 45 deaths.

Though South Korea was touted as being exemplary in controlling COVID-19, with a semi-conclusive study published in the International Journal of Infectious Diseases on March 17, there has since been a second wave of the virus’ spread.

The U.S. still leads the globe in most COVID-19 cases, with a total 304,826 across all 50 states, the District of Columbia, Puerto Rico, Guam, Northern Marianas and the U.S. Virgin Islands as of 4 p.m. EST April 5 according to the Center for Disease Control.

Across the globe, individuals are working to find the “silver linings,” Roemisch said. “I am so blessed, I really consider myself so blessed to be living in South Korea,” she added. “There is no panic and I didn’t have to fight for pay.”

Similarly, Cugini said there is only good that can come from this situation.

In English this translates to: when all this is over let’s not throw ourselves into the “vortex” of life that we have done so far, but now that we have rediscovered the true values the family, the friends and above all, the people, let’s not throw it away and return to being robots as before, instead let’s be more human and sympathetic for the needs of others.