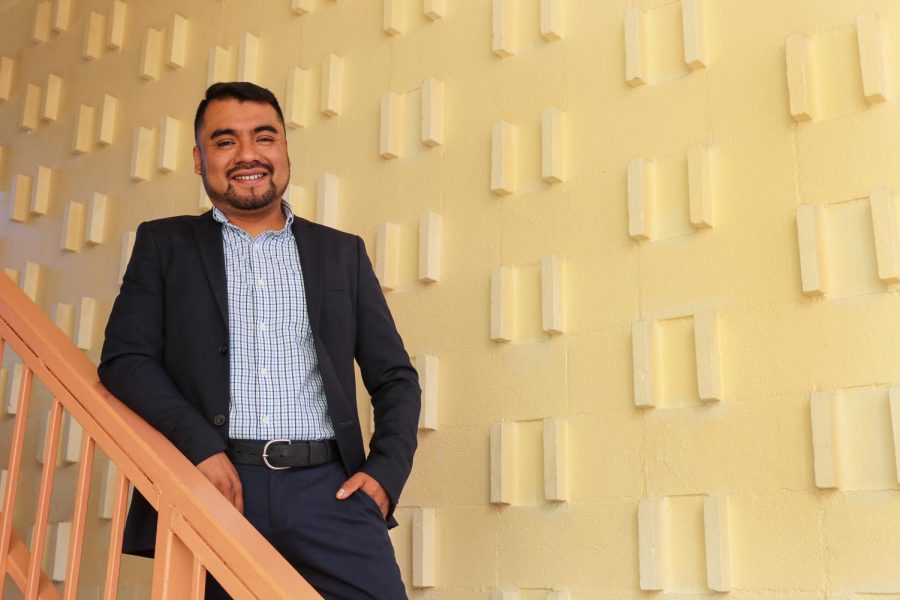 California Lutheran University alumnus Arcenio Lopez has found both a family and a way to make a meaningful impact on his community in his role as Executive Director of MICOP, Mixteco/Indigena Community Organizing Project.

MICOP is a nonprofit organization that “unites indigenous leaders and allies to strengthen the Mixtec and indigenous immigrant community in Ventura County,” according to the MICOP website. The staff helps to serve Mexican immigrants who speak Mixtec, Zapotec and other indigenous languages that may not be accommodated by traditional Spanish translators.

Since Lopez is an indigenous immigrant himself, he appreciates what the organization stands for. MICOP offered him something special: a family, a sense of belonging and a foothold as an immigrant in America.

“I feel home, I don’t feel disconnected. I appreciate having this type of community and it’s my community,” Lopez said.

Lopez first came to the U.S. in 2003, working in the fields as a farmworker while enrolled in school to learn English and volunteering for MICOP.

After three years of volunteer work, he was hired as State Committee Organizer. While he was working for MICOP, he applied to the local community college to earn his associate’s degree.

MICOP allowed him the flexibility he needed to attend school and work at the same time, Lopez said.

“It took me so long to complete my associate degree because I was not a full-time student,” Lopez said.

Lopez was working during the day and taking one or two classes at night.

From then on, he worked his way up in the organization and by 2014 was offered the Executive Director position.

Shortly after his promotion, Lopez enrolled at Cal Lutheran to get a degree in business management to help provide him the skills since he manages a team of 24.

Most of the MICOP staff are indigenous Mixtecs and many were farmworker immigrants when they first came to America.

The team reaches out to other members of the indigenous community, some current farmworkers themselves. With their common background, languages and shared experiences in America, a bond is fostered between community members.

Tequio Youth Group is one of the many programs MICOP offers, focusing on indigenous children and working to develop “the leadership skills of indigenous Mexican youth to promote indigenous pride, encourage academic achievement, and advocate against bullying of indigenous young people,” according to the MICOP website.

Another MICOP program is Plaza Comunitaria, which “offers literacy classes to adults above the age of 15 who wish to continue their primary and secondary education,” according to the MICOP website.

The organization helps build self-sufficient individuals through help with training, education, healthcare, interpretation and a sense of belonging.

Ultimately, their mission is “to support, organize and empower the indigenous migrant communities in California’s Central Coast,” according to the MICOP website.

What MICOP has given Lopez, he aims to give back.

“I see what potential our community has. People come together and share the same background, and we’re empowering communities,” Lopez said.