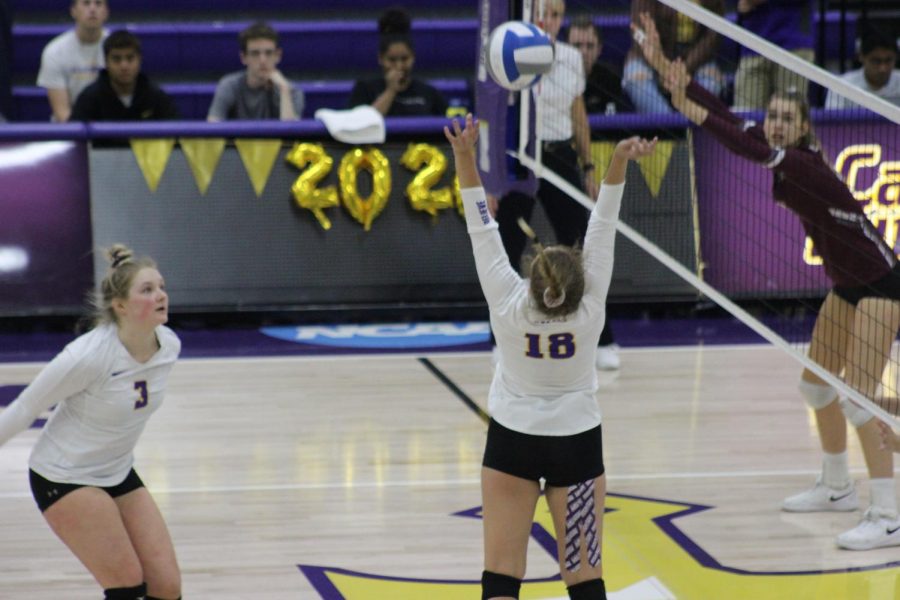 Head Coach Kellee Roesel expects that many of her returning players will help carry the team to the post-season again.

The California Lutheran University Regals volleyball team finished the 2019 season 17-11 overall and 11-5 in conference play. The Regals finished third in the conference standings behind Chapman and Claremont Mudd-Scripps.

“My team worked very hard and achieved most of their goals, despite various challenges, and developed relationships that they will have for a lifetime,” Roesel said.

This season did not end the way that the Regals wanted but there was a lot for the team to reflect on.

“I’d say this past season was definitely a growing season for us, and it still went pretty well for what we had going on. We had a couple injuries to some key players,” Haddad said. “Overall we had a good season, but we’re definitely looking to grow this next season.”

Though COVID-19 has limited team workouts, “we’re all doing the best we can with these workouts and utilizing what we have at home to stay in shape,” Haddad said. “As a team, we do a Zoom call twice a week to stay connected and up to date with things going on. And for me, I’ve been working out everyday and practicing some footwork drills to keep me in volleyball shape.”

Following the previous season, there are many positives for the team to take away to use this season.

“I think this season we all were super close and did a lot of things off the court that created better team chemistry, so we will definitely work in creating the same dynamics for next season,” Haddad said.

Coach Roesel said she first and foremost hopes to have a season.

“I just hope we have a season.  If we do, it will undoubtedly be the most appreciated season we have ever had. The goal is always the same. I expect the kids to work as hard as they possibly can on and off the court,” Roesel said. “ Love each other and the program with all of their heart.  Develop a sisterhood that will last a lifetime and lastly, become scholar athletes.”

The Regals also look to win the SCIAC championship.

“We always have the goal of competing in the SCIAC and making a run at a SCIAC championship,” Assistant Women’s Coach and Head Men’s Volleyball Coach Kevin Judd said. “After that, we take it a match at a time as we go for a Regional Championship and finally…a National Championship.”