Alumna Beatriz Kowalski strives for a world without disease 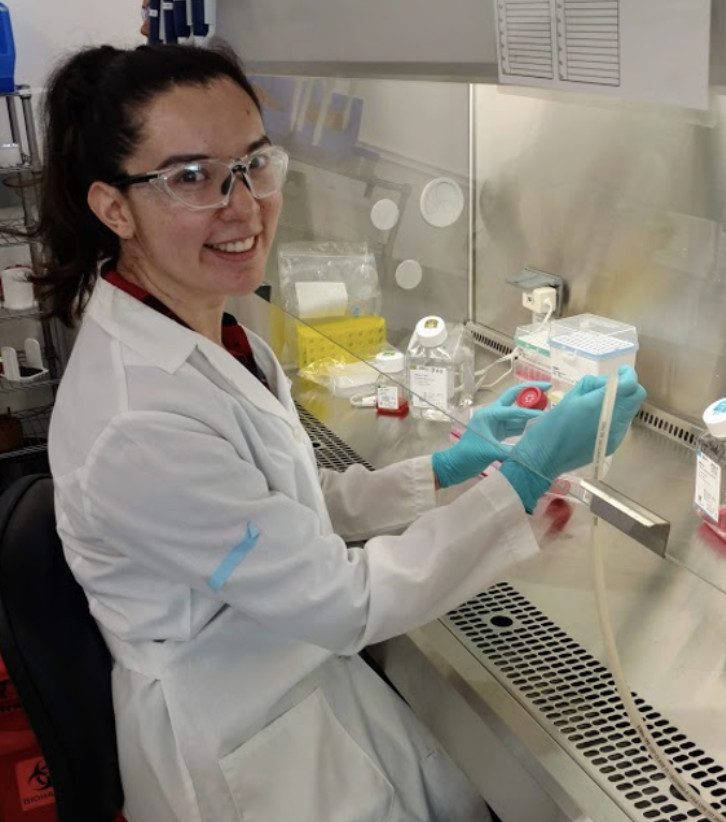 Beatriz Kowalski, a California Lutheran University class of 2013 alumna, is working for a world without infectious disease amidst the COVID-19 pandemic. Now, her role is even more crucial than before.

Kowalski works at Vir Biotechnology in San Francisco as a senior research associate, where she is focused on research and development in the biotech industry. She primarily performs research with the hope of finding new treatments for disease.

The mission of Vir is to create a world that is void of infectious disease. In addition to conducting research on COVID-19, they also have programs that are aimed to treat viral infections such as influenza and Hepatitis B.

“Given the current COVID-19 pandemic, it is critical that we continue working towards that goal,” Kowalski said.

Prior to working at Vir, Kowalsi worked for Achaogen for two and a half years, working to develop novel antibiotics to treat Gram-negative bacterial infections.

“I am very lucky and proud to work in the infectious disease space because I am surrounded by really smart people who all have something to teach me,” Kowalski said.

Although Kowalski is a distinguished scientist, she had not always planned on entering the field of microbiology.

Throughout her time in elementary and middle school she aspired to be a kindergarten teacher, and it wasn’t until high school she felt a push into the medical field, Kowalski said

“She’s very determined in what she does, when she puts her mind to something, she goes full force with it,” Ryan Marder, a Cal Lutheran alumnus, said.

While at Cal Lutheran, Kowalski said she was influenced by biology professor Barbara Collins. With the help of Collins, she began to explore the possibility of a career in research.

“I took my first microbiology course with Dr. Collins and it was her class that actually forced me to ask myself if I really wanted to go to med school,” Kowalski said. “I will always remember her as my first mentor and the person who inspired me to become a scientist.”

Kowalski was a member and co-president of the American Medical Student Association at Cal Lutheran. AMSA aims to foster a sense of community for the future generation of those seeking to be involved in medicine.

As co-presidents of the club, Kowalski and Marder organized a fundraiser with a church in West Africa to provide children with resources such as soccer balls, shoes, clothes and Malaria kits, Marder said.

“[Kowalski] really initiated it all, and organized with all the different groups, it was pretty big,” Marder said.

Kowalski was also involved in Tri-Beta National Biological Honor Society, a community of student scientists who push each other to achieve their goals in their desired field.

“You rarely achieve anything alone, so you better learn how to communicate with those around you,” Kowalski said. “I’ve learned over the years that rarely, if ever, is something handed to you and you can’t expect anyone to give you anything unless you ask for it.”

Kowalski offers two pieces of advice to current Cal Lutheran students. The first is to go after the things that you want and to not count yourself out of something that you hope to achieve or accomplish. Second, to form bonds and relationships with the people around you; everyone is unique and can provide a different perspective, Kowalski said.

“It’s so important to give back and share your experiences with those who are figuring things out,” Kowalski said. “I did not get to where I am alone, and if I can do something that will help someone along their path I will.”