‘A Time When Muslims Can Renew Their Faith’; Muslim Student Alliance Connects Virtually During Ramadan 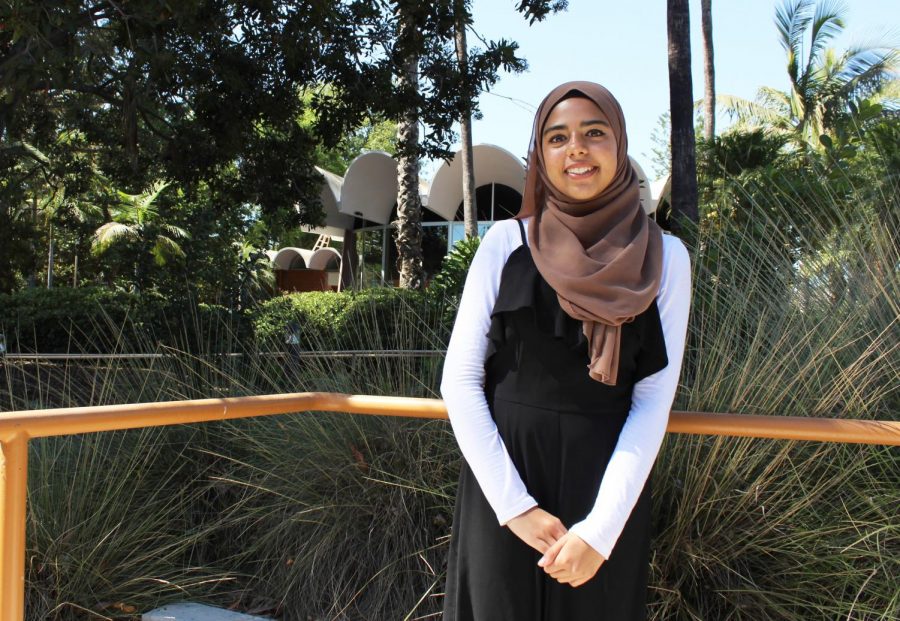 Although California Lutheran University’s campus remains closed as the statewide stay-at-home order continues, Muslim Student Alliance and Campus Ministry have been working to find ways to help the school’s Muslim community celebrate the month of Ramadan that began on April 23.

“This year we were really excited, and we had all these plans because Ramadan was going to be during two weeks of classes and one week of finals,” Rose Aslan, assistant professor of religion at Cal Lutheran and adviser to MSA said. “We were going to do a lot, and of course a lot of that has been put on hold for obvious reasons.”

Aslan said MSA had not done a lot to celebrate Ramadan on campus in previous years because the holiday has fallen in the summer months. This would have been the first time in her six years at Cal Lutheran that it would have taken place during the academic semester.

As the month goes on, MSA President, senior Sana Shah said MSA wants to host weekly Zoom meetings that are similar to Iftar gatherings to get feedback and check on how everyone is doing.

Aslan said Ramadan is a time of community, introspection and connecting with the Qur’an. She added that the holiday is most often recognized for the fasting that takes place from sunrise to sundown.

“It’s a time when Muslims can renew their faith,” Aslan said. “They set goals for the year after that and renew their spirituality, their connection to God and connect more with family and friends.”

Aslan added that prior to social distancing some Muslims would spend their time praying and reading the Qur’an in Mosques.

Shah said Ramadan this year will not look the same for Muslims as it has in years past because the community will not be able to unite in the same way to pray together or for Iftar, which is the evening meal that breaks their daily fast.

In addition, MSA will also be promoting Cal Lutheran webinars on Islamic faith, Interfaith dialogue and other related topics to all students in the coming weeks as well as working with Student Life to spread more information about their faith.

“We want all the students, non-Muslims as well as Muslim students, on our campus to get out of their comfort zones and to educate themselves with these webinars on our religion and other people’s religions,” Shah said.

Vice President for Mission and Identity Melissa Maxwell-Doherty is collaborating with Shah and other resources on campus to find ways to support Cal Lutheran’s Muslim population throughout the month. Her efforts to accommodate and support Muslim students in their faith continue even after the campus has closed.

Maxwell-Doherty said Shah and herself met with Sodexo employees and the university’s staff before the campus closure to talk about the dietary needs of Muslim students during Ramadan and how they could be accommodated. After the campus shut down, they discussed a way to make pre-packaged meals available for pick-up for Muslim students before and after their daily fast.

“Because of the rubrics around fasting… [Sodexo] figured out ways that they could have all the students have some halal food and different foods that would be familiar as a part of when Muslim students break their fast,” Maxwell-Doherty said.

Maxwell-Doherty also mentioned that resources such as prayer rugs from the Wennes Interfaith Meditation Chapel would be made available to Muslim students on campus as another way to help support them during this time.

“Perhaps in this time of social distancing, we thought we could bring the resources to the student in their home and create a space there for their prayers,” Maxwell-Doherty said.

Shah said she was thankful for Campus Ministry and their support of the Muslim community on campus during this month. She also said she appreciates all of the community’s allies and the greetings she has received wishing her a happy Ramadan.

“During this time especially, it is a really important time for us Muslims to show our community who we are and who this month is about,” Shah said. “I think it’s really a good time for us to educate one another, even online.”