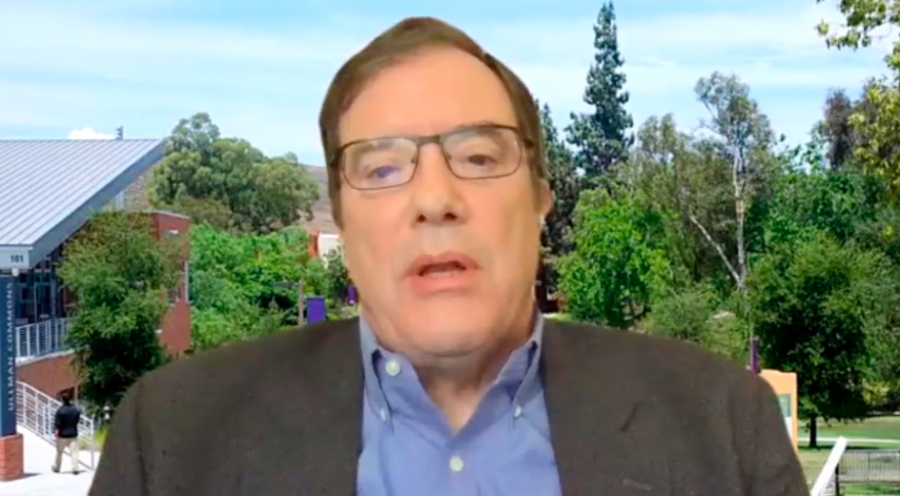 California Lutheran University President Chris Kimball has agreed to reopen the investigation into the vandalization of Associate Professor of Religion, Rahuldeep Singh Gill’s office that occurred in February 2019.

“What we are trying to identify is someone who can do an investigation from a different set of perspectives and lenses,” Kimball said during [email protected] Lutheran on April 14. “Maybe one [investigator] more sensitive to the climate on our campus…may ask some different questions or questions in a different way that might point us to finding perpetrators.”

Reopening the year-long investigation which closed March 20, 2020, with “inconclusive evidence,” was one of four requests included in a petition started by Senior Associated Students of California Lutheran University Government Programs Board Director, Chelsea Dunmire.

Dunmire said she reached out to Gill after learning the investigation had closed without providing any concrete answers or offering any reassurance of his safety on the campus.

“I was hoping the university would’ve responded if Dr. Gill asked for something, that they would’ve respected his need,” Dunmire said. “That didn’t happen so I had to move it a step forward with group action, I tried to be really careful with involving Dr. Gill and making sure it addressed exactly what he wanted and not me as a white, privileged person.”

The petition asked that the investigation be reopened, the incident be publicly addressed, that Gill be informed of the identity of the perpetrator and that the mandatory faculty and staff training will be adapted to “include anti-racism, inter-sectional theory, and trauma-informed care,” going forward.

“There are some deep-rooted issues, they know these things happen but at the same time, at the faculty and staff level because of their conditions of employment they cannot speak out the way that students can,” Dunmire said. “As students we have a lot more power.”

The petition received 649 signatures by 11:25 a.m. April 9, when it was delivered via email to the Cal Lutheran University President and Cabinet.

Gill said the following morning, he received a call from Kimball confirming his dedication to all four outlined actions requested.

“I was so heartened by students caring so much, of all backgrounds,” Gill said. “Many of whom I did not know, who were friends of my students, they cared. Their caring made the institution and administration pay attention in ways they weren’t ever going to, students have to realize how much power they have.”

The petition, which now has around 750 signatures, will remain open until the requested actions are fulfilled.

Kimball publicly condemned the vandalism during the [email protected] Lutheran seminar, but both Dunmire and Gill are hopeful this will not be the end of the discussion.

“I’ve heard it’s kind of a Lutheran idea that no one likes to argue or stir the pot,” Dunmire said. “But I would like to see more conversation surrounding the culture on campus after Dr. [Shaun] Harper leaves… there’s an issue with the culture and climate–surrounding race specifically–that needs to be addressed.”

Harper, the executive director of the University of Southern California’s Race and Equity Center, has been studying the Cal Lutheran community to diagnose existing issues and provide insight on what efforts will help create a more equitable campus climate.

In addition to Harper’s work with Cal Lutheran, this summer, the university will conclude the 2020-2021 annual policy review process and determine potential adaptations to institutional policies.

According to ASCLUG International Programs Board Representative Rama Youssef, this is the first year the university is incorporating students in focus groups to help evaluate the contents of the student handbook during the policy review. Students selected to participate will have the opportunity to consider the wording of policies, identify discrepancies and make suggestions for change.

As identified during campus forums, walkouts and meetings during the month of February, the students’ top priorities are adapting policies regarding hate incidents, as well as implementing broader diversity and inclusion training.

In addition to the four requests included in the petition, Gill said he hopes the institution realizes this is an opportunity for Cal Lutheran to emerge as a model of equity and inclusion for universities across the nation.

“For me it’s always about how big the impact is gonna be. It’s not just about me, it’s not just about our campus,” Gill said. “It’s about rectifying and repairing centuries old wrongs where black folk, indigenous folk, and especially women of color have bore the brunt of this.”