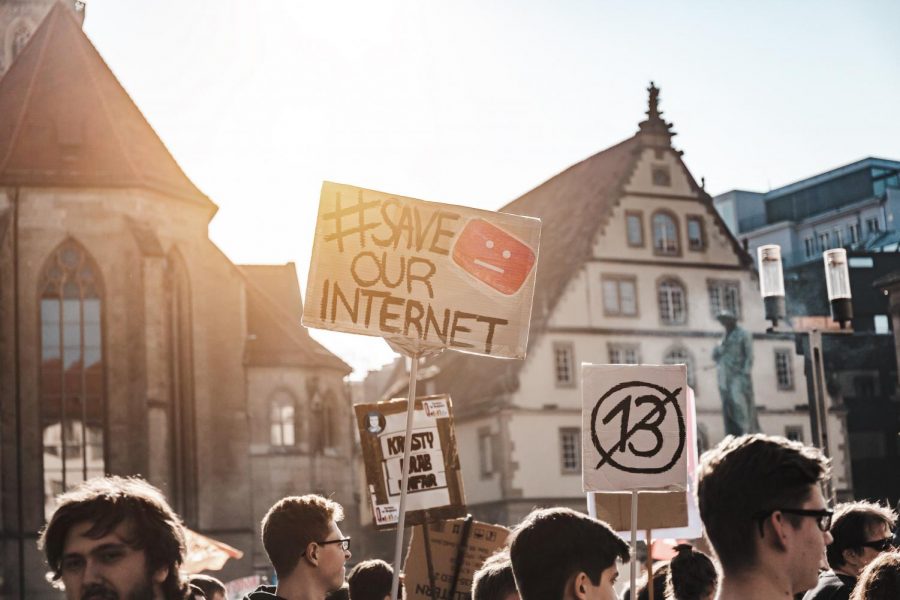 Photo by Sara Kurfeß on Unsplash

Not everything your grandma shares on Facebook represents the truth. Advances in technology have provided key affordances for society; we can get news instantaneously, create and share content within seconds.

In a digitally-interlocked world where nearly everyone is capable of disseminating information, disinformation is a byproduct. This byproduct undermines the integrity of all digital information.

There is a distinct difference between misinformation and disinformation. One involves unintentional falsehoods while the other is deliberately malicious and targeted to create a desired affect on the receiver.

Because the very purpose of disinformation is to deceive,or push an agenda, it makes it much more complicated for us to differentiate between what is true and what is false.

“Disinformation in the digital age is ‘fake news’ and more; it uses information technology to create, distribute, and amplify the power of networked lies,” journalist from the Philippines, John Nery wrote in a study published by the Friedrich Naumann Foundation.

The increasing prevalence of disinformation is a problem that is recognized by both Republicans and Democrats in the United States.

According to a 2019 report from the Institute for Public Relations Disinformation in Society, 63% of Americans consider deliberately misleading information as a growing and “major” problem in society.

This means Americans find misleading information online nearly as threatening as gun violence and terrorism which falls at 66% of those surveyed.

Little to no regulation of worldwide disinformation currently exists.

Social media platforms are major carriers of ‘fake news’ and when viewing other media outlets, these platforms are the main contributors of disinformation.

Whether it be interference in presidential elections or the production of misleading headlines and clickbait, fallacious information has severe negative and influential consequences in societal behaviors and actions.

Just because you read a manufactured position a thousand times does not make it true.

Mitigating the prevalence of disinformation campaigns in society is no simple task. Understanding an old Russian maxim popularized by former President Ronald Reagan is a step in the right direction:“trust, but verify.”

Information across all mediums must be analyzed and verified for accuracy prior to being recognized or acknowledged as unadulterated truth.

The utilization of machine learning and human intelligence is helping to identify disinformation across social media platforms.

Blackbird.AI, a company that specializes in fact checking digital information for journalists, brands, governments and the public, is one of many companies with the goal of combating the spread of untruths in various media.

Despite these mechanisms, the creation of this content is not easily shut down.

Bots flood platforms such as Twitter and Facebook, spreading disinformation that is repeated and carried by other bots until it reaches human users and is inserted into their communication networks.

Your grandma may unintentionally add to the distribution of these falsehoods through ‘innocent’ social media engagement.

Of course, this assumes your grandma is not a bot in disguise.

When artificial accounts start Twitter ‘wars,’ or banter through tweets, among real users, this is a key demonstration that ulterior motives are in play on social media platforms.

These fights with manufactured opinions are ludacris, fights that divide individuals globally at an alarmingly rapid rate.

Twitter is aware of the disruption disinformation causes to the health of the platform and user engagement. It has failed in the past to act swiftly in the eradication of bad actors from its platform. Financial priorities were placed above the elimination of deception on Twitter. Even though Twitter has made recent efforts to address manipulation from bot activity, the damage to society has already been done.

As nuclear warfare was once seen as one of the largest threats to global societies, social media platforms and the internet are integral weapons in the 21st century for those with malicious intentions.

The point of college is to enhance critical thinking skills. As students, we can’t let bots and artificial intelligence do the thinking for us.

When gathering information to make or reach a conclusion about anything, use those critical thinking skills.

We need to perform and exercise due diligence to protect ourselves from the weaponization of platforms using disinformation to warp our reality.