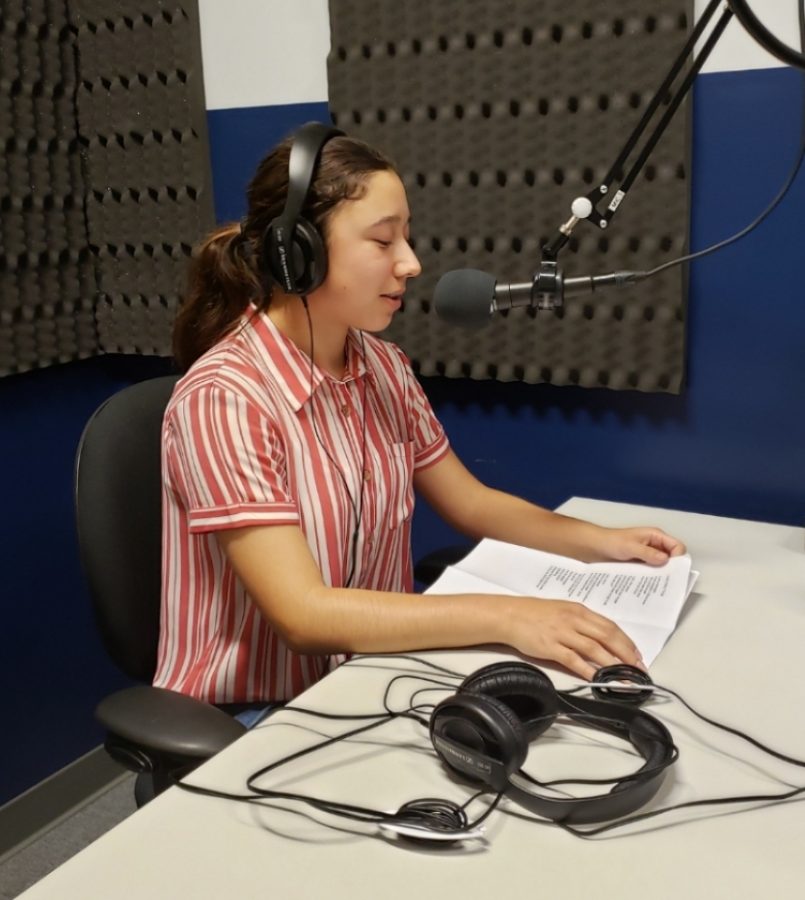 On May 16, California Lutheran University first-year Angelina Leanos’ vision for a platform for local poets like herself to share their artistic works in front of a live audience will come to fruition.

“I got into contact with the Oxnard Public Library to start the open mic series by emailing one of their librarians,” Leanos said. “I’ve been arranging this event for several months now, so unfortunately, it isn’t an in-person event as we originally planned it to be, but the library was happy to collaborate with me on behalf of the Ventura County Arts Council.”

The series, which was supposed to debut in April for National Poetry Month, will provide an open forum for anyone who wants to share or express a poem on Zoom.

Those interested in participating can visit the Oxnard Public Library Facebook page for more information. The event starts at 3 p.m. and is open to those 18 years and older.

“From there, we want to figure out how the event does and how often, if at all, we would like to continue it,” Leanos said.

Leanos also organizes and hosts a Spanish open mic for Spanish speakers once a month. She said this is a way that the Spanish speaking community can express themselves.

As an English major, Leanos is no new face to the creative writing landscape, and that doesn’t stop in her free time.

“I’m an only child, so my family dynamic is a little different than most people. I think [it] kind of gave me the opportunity…[to] just pursue interests in writing and whatever else I wanted to do,” Leanos said.

Leanos started writing poetry when she was in high school, where she gained the confidence to speak in front of people.

“I write poetry all on my own. For the most part, when I write and recite poetry, for my position as Ambassador for the Ventura County Youth Poet Laureate,” Leanos said.

While in high school Leanos also participated in a poetry competition, winning at the county level and going on to perform at the state level in the Capitol.

“That’s how I kind of found, like a new passion for poetry,” Leanos said. “I decided, you know, to start writing my own and getting more involved in the community. So, yeah, I’ve had a lot of opportunities, thankfully, because of that.”

First-year Spanish and criminal studies major Ivon Sanchez, a good friend of Leanos, has been by her side since the fifth grade at Mar Vista Elementary School in Oxnard, California.

“As Angelina [Leanos] and I have grown, we have realized how we are very different in likings, hobbies, music taste, career choices [and] a lot of other stuff, but at heart, we are soul sisters,” Sanchez said. “With two completely different schedules, work and extracurriculars it is hard to keep up but when we have the time to catch up it’s like we have never missed a beat.”

Sanchez said she feels poetry has changed Leanos for the better.

“I have seen her at her lowest points in life and I am happy to say that since senior year, with her soaring poetry career, she is finding the light at the end of the tunnel,” Sanchez said.

Sanchez said Leanos who is a second-generation college student, writer for HER Campus, and member of the Latin American Student Organization Club at California Lutheran always gives everything 100%.

“We have love and respect for each other, we wish the best upon each other and are well aware that we count on each other no matter what,” Sanchez said.

Leanos said she is very involved with school, and at home she volunteers at CAUSE, an organization that works to “build grassroots power to realize social, economic and environmental justice for the people of the Ventura and Santa Barbara counties region through policy research, leadership development, organizing, and advocacy,” according to their website.

Leanos said her biggest influence is her dad. “He’s the one…who made me want to become a writer…that was his dream,” Leanos said. “I could do it for him, and then it became my own dream.”