Editorial: The Virtual NFL Draft Was a Win for Sports Fans 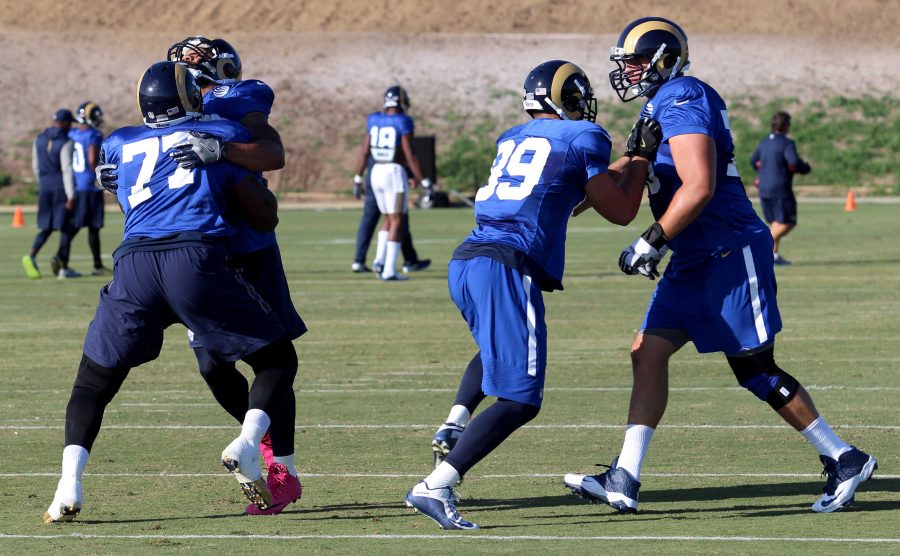 History was made April 23 through 25 when the 2020 NFL Draft was the first ever to take place virtually. The remote draft was broadcasted from Commissioner Roger Goodell’s home where he personally announced the picks.

“Obviously this isn’t a draft that we would have ever expected. We saw so many things we never had seen before. This is definitely a draft that won’t be forgotten from [drawing] the most viewers ever to [seeing] Roger Goodell kicking it in his chair,” Austin Gregory, a sophomore at California Lutheran University and iCLU sports broadcaster said.

Round one of the draft began with the Cincinnati Bengals selecting quarterback Joe Burrow from Louisiana State University. This pick was not a surprise to anyone as he was the best player coming out of the National Collegiate Athletic Association, Division I this past season.

The top five rounded up with the Miami Dolphins selecting quarterback Tua Tagovailoa from the University of Alabama.

Other notable picks in the first round of the draft were quarterback Justin Herbert to the Los Angeles Chargers, linebacker Isaiah Simmons to the Arizona Cardinals, wide receiver Jerry Jeudy to the Denver Broncos and quarterback Jordan Love to the Green Bay Packers.

The pick that surprised many people in the first round was when the Green Bay Packers selected quarterback Jordan Love from Utah State University. The reason why this pick surprised many was because Aaron Rodgers is the current starting quarterback of the Packers and is highly regarded as one of the greatest quarterbacks of all time.

Many football analysts and experts feel that Aaron Rodgers is not going to finish his career in Green Bay, including Hall of Fame quarterback Brett Favre, who spent most of his career with the Packers.

“I think he’ll play somewhere else. If that’s the case, then that means there’s a chip on his shoulder toward the organization that otherwise was not there,” Favre said in an interview on the Rich Eisen Show.

This draft had 39 wide receivers selected and none were selected by the Packers.

“A couple of teams I thought did well were the Cincinnati Bengals, my New York Giants, unfortunately I hate to say it but the Dallas Cowboys and the Broncos,” Gregory said. “Some teams that did not do well were the Packers, Patriots, Seahawks, and Redskins.”

Some NFL executives were very concerned there would be network connection problems throughout the draft but that was not the case. The draft ran smoothly and some executives really want this to turn into the new normal.

“As a former NFL employee and intern, I enjoyed it somewhat better just because I got to see all the transitions they had to make in order to make it enjoyable virtually and their digital media team did an incredible job,” senior Sierra Scali said.

This draft had a wide variety of extremely talented players that can potentially turn into pro bowl caliber athletes or even hall of famers.

The lack of sporting events since March may have been the biggest reason this draft was so exciting to watch. This NFL Draft broke records when it comes to the number of viewers.

“I don’t think the draft should be like this going forward. As interesting as it was, it is so much better watching those players walk up on stage and get that jersey and hug from Goodell,” Gregory said.

Although this upcoming NFL season is in flux, this draft really put smiles on many sports fans’ faces.

The NFL season is considering playing games on both Saturday and Sunday because the college football season may get canceled. The Kansas City Chiefs will defend their Super Bowl title this upcoming season and one team will look to take them down and be crowned new champions.