Learning on Zoom is hard 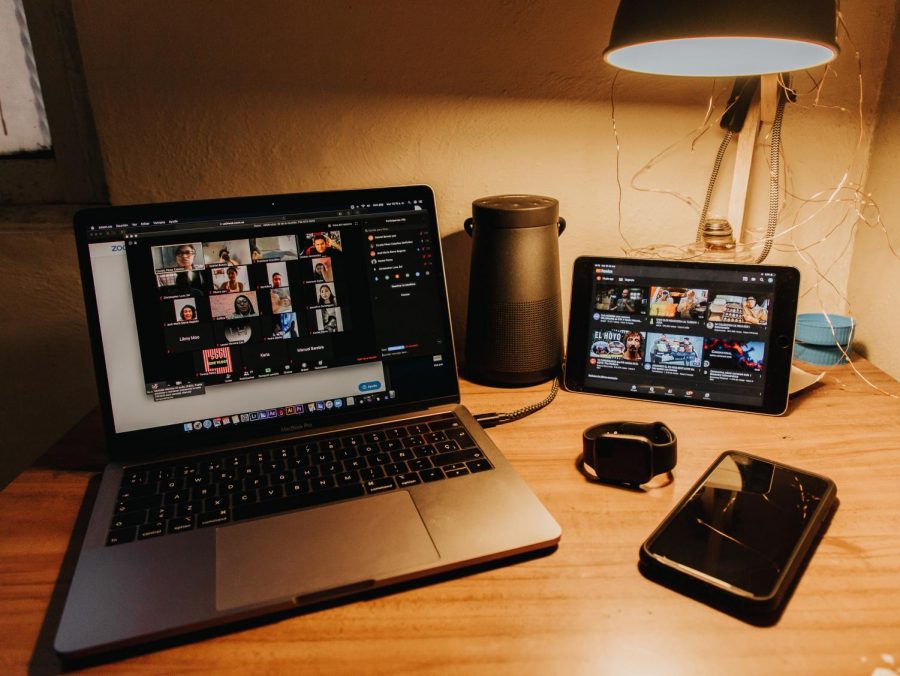 Zoom has been an integral part of allowing professors to meet with their students, but it hasn’t been a perfect solution.

Neither teachers nor students have quite settled into the new format.

One problem with the format has been screen fatigue due to the amount of time spent in conference calls for classes, work, and other aspects of life.

Light emanates from devices for long periods of time as we stare into our screens, which can lead to issues with sleep due to eye strain.

Another common issue with Zoom calls is students feeling self-conscious about speaking up in class.

Many students live in crowded houses or apartments where privacy and spaces for schoolwork are nearly impossible to create.

I personally find it difficult to create a solid study space in my family’s apartment, and my only option is to use my bedroom as an office.

Background disturbances such as family members, roommates or pets in a student’s learning environment can easily cause them to lose focus.

Alice Cohen, a student at Moorpark College, said she usually begins to become distracted on a Zoom session at the half hour mark, and completely loses focus after 45 minutes.

“Bringing [class] to an online [format]  just inherently means that you need to shorten it or you’re going to lose attention from students,” Cohen said.

David Grannis, a Multimedia professor at California Lutheran University, has been increasing his students’ level of engagement by encouraging them to coordinate with Cal Lutheran television studio workers remotely.

“I do notice that about a half an hour in, I start to see students yawning, particularly in the morning classes,” Grannis said.

“The method I started using a lot…is to use the breakout rooms, and breaking up the larger class into smaller groups, as many as five in some cases so that you can move from group to group and conduct discussion there,” Stockard said.

Lucas Helfman, a student at Cal Lutheran, said he personally has been able to engage during long Zoom sessions.

However, he also stated that while Zoom calls have worked for him, he understands others’ struggle.

“[For others,] I can imagine it being very jarring, especially given all the other uncertainties,” Helfman said.

Another issue in remote learning is whether or not cameras should be required. Laptop or computer cameras can cause students’ computers to crash due to low bandwidth.

On the other hand, leaving cameras on allows students to engage and interact with people who are otherwise a faceless void.

Many professors have said they have difficulty teaching when they can’t gauge their students’ reactions or interest in the material at hand.

While I don’t think that a one-size-fits-all approach will do any good, I feel professors should definitely consider the exhaustive elements of Zoom and how this affects engagement in their courses, even if this means cutting down material taught in lectures.

I think professors should consider how their engagement in class can be improved by creating better work spaces through shortening lectures or encouraging small group discussions.