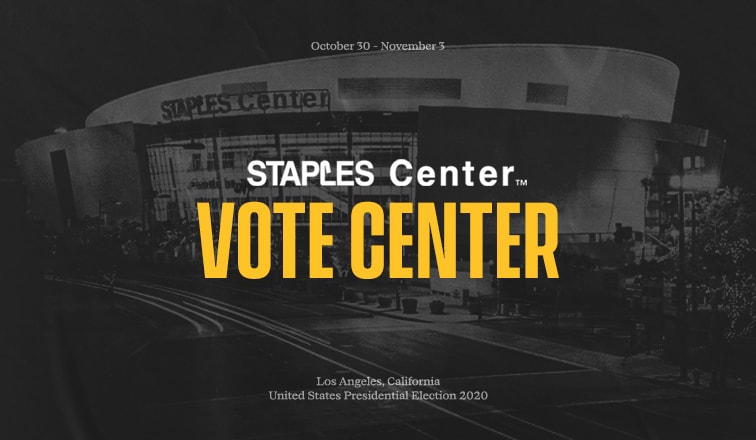 The Los Angeles Lakers are one of many NBA teams opening their arena as a polling station for the 2020 election.

On Aug. 28, 2020, following a boycott in response to the shooting of Jacob Blake, the NBA and National Basketball Players Association released a joint statement addressing their plan to promote social justice reform by converting their arenas into polling stations.

“Totally agree with their actions,” junior Kingsmen basketball player, Jason Levy said. “They were also just doing it to have a safer place where everyone can go vote as well as keep social distance practices.”

Kelli DiMuro, head coach of the Regals basketball team, added how great it was for the WNBA and NBA to work together in promoting social justice.

“Voting is a huge thing. I loved the idea and I thought it was a great way to show how you can be involved and how you can be a part of it without violence and anger,” DiMuro said. “It’s great to see they can do something that has a positive impact.”

DiMuro said she believes the NBA could even do more to contribute to social justice reform.

“I think the NBA and players can add a little bit more money into it but overall I think they are getting their message across,” DiMuro said.

Nelson Mendez, a junior political science major at Cal Lutheran said he finds the NBA’s actions to be great and believes their efforts can help reduce voter fraud.

“As we know there is evidence suggesting that voter fraud does happen via mail. It does happen in certain instances, so by them doing this it really allows us to have a free and fair election,” Mendez said.

According to a June 2020 Washington Post study, “officials identified just 372 possible cases of double voting or voting on behalf of deceased people out of about 14.6 million votes cast by mail in the 2016 and 2018 general elections, or 0.0025 percent.”

Mendez said that opening up the NBA arenas may also encourage more voters to show up.

He added “once they see these major companies such as the NBA advocating to go vote, then I think they’ll be more encouraged to voice their opinions compared to other elections.”

Political science professor Jose Marichal said while the NBA is doing a service by offering the arenas as polling stations, the decision to operate these sites isn’t actually up to the NBA.

Marichal says there are many polling sites in states like Georgia and Texas that have been shut down, resulting in three or four hour wait lines to vote. Opening the arena located in Atlanta, Georgia and the three arenas in Texas will help make waiting in line less dreadful and create a comfortable space for voters.

“They’re letting other members of the community who previously perhaps were not able to vote because they didn’t have a place to go, are now being given the avenue to go vote,” Mendez said.

Marichal said in states such as Texas, voters must have a medical reason to request a mail-in ballot and fear of contracting COVID-19 doesn’t qualify.

In North Carolina, the Black population historically votes after church on Sundays—but the state cut down the number of Sundays available to vote, Marichal said.

One of Marichal’s concerns is whether there are enough people to work such large polling stations.

While opening up the arenas may draw people’s attention, Marichal asked “can the NBA do something?”

“Can they use their platform to encourage volunteers? That’s the bigger issue for me. Like this is good, but it’s really more about, do you have enough people to process [votes cast]. In the end, voters’ outcome, comes down to the rules of the states.'”