Hold Trump accountable for the spread of coronavirus by voting 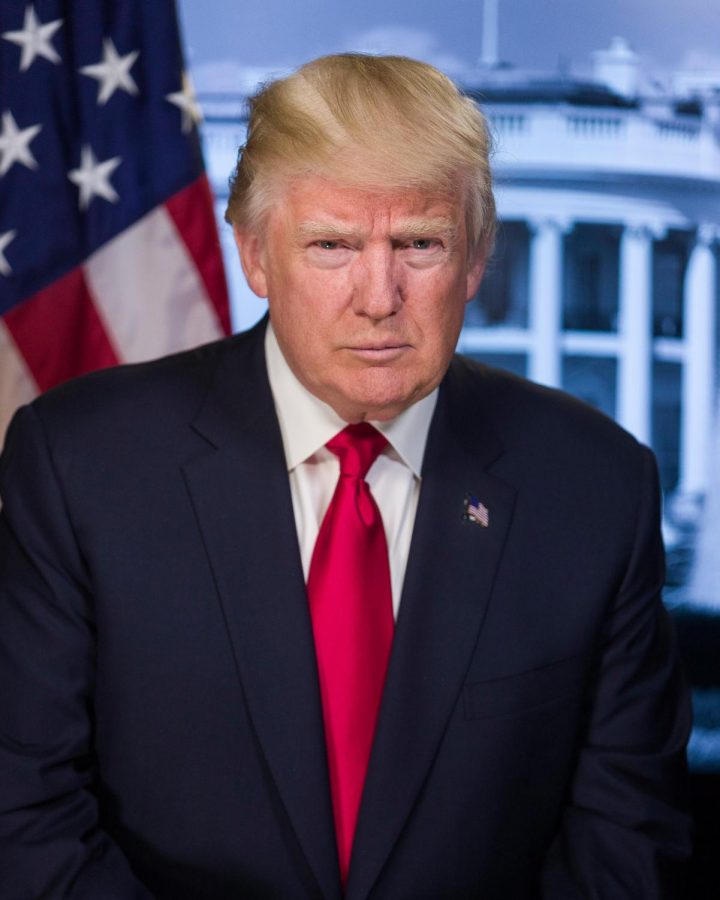 Photo by The Library of Congress; Made available through Unsplash

President Donald Trump has now claimed that the coronavirus would go away 34 times, according to a Sept. 16 Washington Post report.

In September 2020, the public first heard an audio recording of President Donald Trump saying that he understood the coronavirus was a severe disease.

Within a series of February 2020 interviews with Watergate journalist Bob Woodward, the president said that the virus was more contagious and deadlier than the flu.

While this was said in a private recording, Trump was publicly downplaying the severity of the virus to the nation.

I believe that if President Trump was transparent about the severity of the coronavirus from the beginning, we would be living in a nation that gave us a better opportunity to come together and persist.

But we aren’t. Because of Trump’s downplaying, the virus was not taken seriously, which resulted in wasted time, a preventable loss of life and ignorance for the wellbeing of others.

As of Sept. 18, 2020, the United States has reached a total of 6.7 million coronavirus cases according to the Centers for Disease Control and Prevention.

Although the United States prides itself on being far more advanced than any other country in the world, the handling of the coronavirus has caused the current U.S. administration to show its true colors.

Columbia University’s study from March 15 to May 3 found that 54,000 lives could have been saved and up to 1 million cases could have been avoided if social distancing and stay-at-home orders were put into effect only two weeks earlier.

Landry Irumva, president of California Lutheran University’s College Democrats, said he was not surprised by the content of the audio tapes.

“It just adds to the point that he’s negligent to his job,” Irumva said. “We have somebody who knew how deadly it was and two months later he’s telling people not to wear masks. He’s unwilling to help blue [democrat-led] states, so it kind of just goes to show.”

It hurts me to know that the thousands of deaths could have been prevented if we knew this information sooner. Trump knew about the severities of the coronavirus as early as December 2019, yet still decided to push it aside and infamously call it a hoax.

What’s even worse is that low-income, marginalized communities and communities of color are bearing the brunt of the virus.

Many individuals within these communities are essential workers and yet do not have access to healthcare and are more susceptible to the virus.

The virus has shown us who the real essential workers are: local grocery store clerks, cooks in family-owned restaurants and especially healthcare workers.

All are on the front line of this contagious virus, continuing to work to preserve American comfort.

It’s a hard-faced reality that the president was not thinking about the good of the American people when it came to this virus, but it must be recognized and dealt with.

“The only consequences that are holding him accountable is the ballot on November 3, which is why I encourage everyone who can [to] get out there and vote,” Irumva said.

Trump has told the country many lies and questionable statements that may not concern his supporters, but this is a once-in-a-lifetime public health emergency.

The virus does not care who it infects, regardless of race, gender or political standings. It will infect anyone.

We have a president who, despite stating in early February that the virus was airborne and easily transmittable, has continued to push this aside. He continued to appear maskless in public. He even claimed COVID-19 would go away.

Being lied to by our nation’s leader, who should have the population’s wellbeing in mind, is not normal. We should not be desensitized and ignore the fact that information that could have saved thousands of lives was withheld from the public for personal gain.

During his 2016 presidential campaign, Trump said that he could go in the middle of 5th Avenue,shoot someone, and would not lose his supporters.

With the United States at almost 200,000 deaths caused by coronavirus, consider that statement to be proven true.