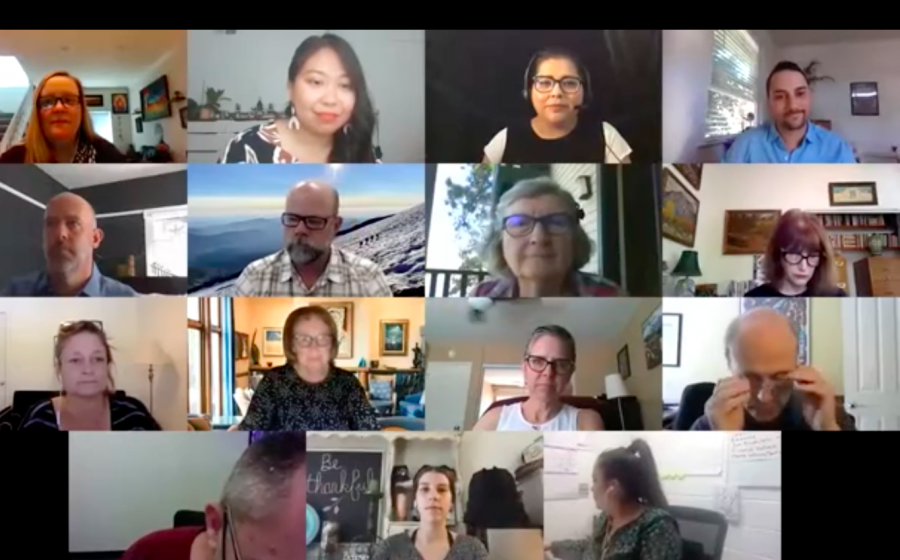 Several leaders of local nonprofits attended Cal Lutheran Center for Nonprofit Leadership's webinar "Take a Stance! Nonprofit Civic Engagement & The Ballot Box" to learn about how they can engage with their communities to create a more informed electorate.

The Sept. 29 “Take a Stance! Nonprofit Civic Engagement & The Ballot Box” workshop held by California Lutheran University’s Center for Nonprofit Leadership via Zoom explained the importance of nonprofit organizations’ involvement in politics and their critical role in advocating for change.

The workshop featured presentations from Geoff Green, CEO of Santa Barbara City College Foundation and board member of the California Association of Nonprofits and Nona Randois, California director for the Alliance for Justice Bolder Advocacy Project, who discussed why nonprofits should be involved in public policy and the “dos and don’ts” of how non-profits can engage in the election, respectively.

Center for Nonprofit Leadership program specialist Jennelyn Tumalad said she wanted this to be an opportunity for nonprofits to do more, especially because it’s an election year.

“Our mission is to help support and advocate for nonprofits … and really empower them with the tools and resources they need to do their good work even better,” Tumalad said.

Participants in the workshop had the opportunity to dig deeper into different stages of the civic engagement process in breakout room discussions.

Green led a discussion about the type of reaction nonprofit leaders could anticipate to receive from donors when they take a stance and align with political causes. Meanwhile, Randois held a Q&A-like panel to provide more information about the do’s and don’ts.

A third breakout room discussion was held by Fund for Santa Barbara’s Capacity Building Manager, Stanley Tzankov. He used the Fund as an example of a nonprofit organization that is already involved in the 2020 election, explaining how its endorsement process works.

“I think that it’s important for nonprofits to not shy away from taking stance on areas where they’re experts,” Tzankov said. “I think that helps inform voters.”

The Fund for Santa Barbara’s mission is to “advance progressive change by strengthening movements for social, political, economic, and environmental justice.”

Their website includes a page dedicated to their political endorsements.

“Voter engagement is just really valuable. It’s only one tool in the toolbox for social change,” Tzanvok said.

He added, “There’s a broad way of ways that nonprofits can engage in politics and policy. We can take stances on ballot measures and host candidate forums, we can mobilize people to vote or fill out the census, we can join coalitions, we can have conversations about things that matter to elevate them or strategize.”

Tumalad said the inspiration for planning an event like this was to go beyond an institutional statement, and actually provide the tools for nonprofit leaders to create change in their respective systems.

“We also have to think of the history of how many oppressed people fought for this right, so that we can make small bits of long-lasting, systemic change rather than reactionary change that fades away,” Tumalad said, speaking about the advantages of voting.

Tumalad and Tzanvok both said they wanted the event to serve as a reminder that nonprofit organizations hold a level of influence in their individual communities.

“Nonprofits play a particular role in our civic sphere because they built rapport and trust with constituencies. They often have invaluable insights into particular issue areas or particular communities,” Tzanvok said.

Tumalad said that Cal Lutheran’s Center for Nonprofit Leadership strives to engage both nonprofit leaders and those in school to one day become leaders.

“A lot of my passion is in creating pipelines for students to get to where they need to be for emerging leaders,” Tumalad said. “Ultimately, your university experience is about finding your passion and mission in the world and nonprofits are literally businesses with a mission with passion to change the world.”