Pandemic is a ‘greater challenge’ for first-year athletes 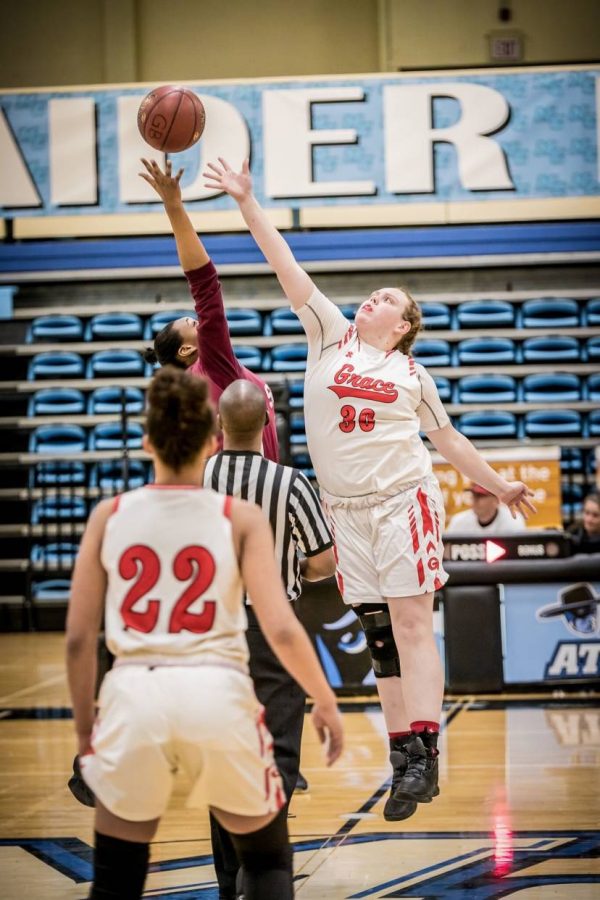 Incoming first-year Regals Basketball center, Aliya DiMuro tipping off a game for Grace Brethren High School pre-pandemic. DiMuro is one of many first-year athletes navigating the new environment at a distance.

First-year student-athletes at California Lutheran University don’t get to meet and bond with their teammates through early morning weights at Forrest Fitness Center or pre-season practice as they would have in previous years.

With approximately 380 of the roughly 1,600 residential students that are typically on campus this time of year, there is an added layer of separation amongst the athletic community.

“Its gonna be a challenge, for sure, when anything is not a normal experience,” Kingsmen Soccer Head Coach Frank Marino said in a phone interview.

COVID-19 restrictions, however, have changed the entire structure of college athletics.

“From a soccer standpoint it’s super hard because you would have obviously quickly engaged right into the season, into practice and everything’s going on. Without that [practice] it obviously makes it a little bit of a greater challenge,” Marino said.

According to first-year center for the Regal’s Basketball team, Aliya DiMuro and first-year forward on the Regal’s Soccer team, Ali James, some student-athletes are practicing together in small groups off-campus.

“Some of the girls that live in Thousand Oaks and live on campus … we’re meeting off of campus to practice which is really helpful,” James said in a phone interview.

James added that the off-campus practices have been coordinated by upperclassmen, which was a big help for all the first-years.

Athletes are not only dealing with changes to their practice schedules, but the reality of online classes.

“One thing that’s been hard this semester is just meeting new people with everything being online,” DiMuro said.

It can be a struggle to meet people in an online class setting, and this is especially true for incoming first-years.

“Being online and not having everything open, it does make me miss home a lot,” James said.

Although the pandemic has made it harder for students to practice and socialize with their teams and classmates, for James, the move to online classes has not been all bad.

“[Online class] made adapting to college life and me adapting to how much work there is and how much you have to do on your own easier,” James said.

In addition, there is some hope for Cal Lutheran sports teams with talk of spring competition for all sports.

“Hopefully in the coming months in January–springtime, we’ll be able to kinda get things going and start to practice and continue to build the program and the team,” Marino said.