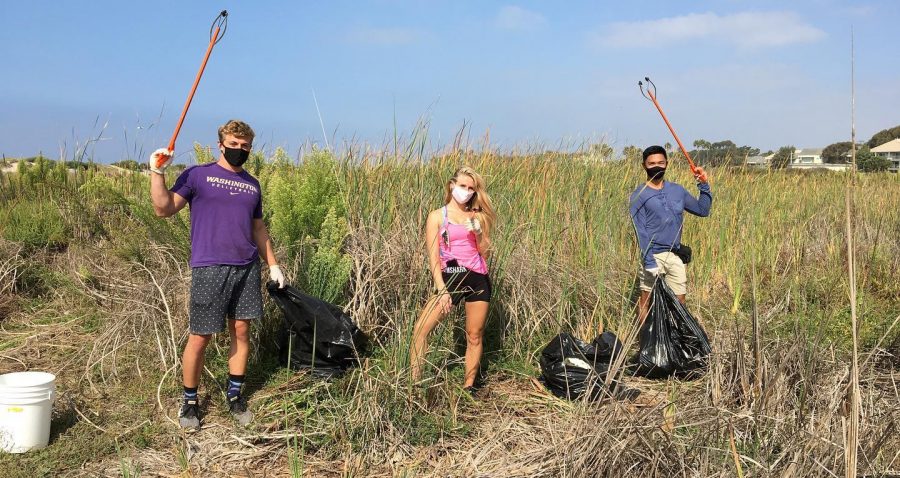 Over 1,800 lbs of trash were picked up from Ventura County beaches through the month of September in part of Coastal Cleanup Day.

Every Saturday throughout the month of September was California Coastal Cleanup Day, giving all residents of California an opportunity to clean up trash on their local beaches.

“Coastal Cleanup day isn’t just about cleaning up trash. It’s about really appreciating and experiencing open space and the coast for all people, ” Lara Meeker, Ventura County Water Resources specialist said. “It was really a successful event that people felt motivated to get out in their own neighborhoods and really clean up around the places that they live. You know home is more important than ever right now to people.”

California Lutheran University professor and marine biologist Bryan Swig didn’t get to participate this year, but he said whenever he is at the beach or in a public area he picks up any trash he sees.

“I think it’s a good idea. It’s a simple activity the kind that anyone can do with minimal to no training,” Swig said.

Cal Lutheran Green Club couldn’t participate in Coastal Cleanup Day as a whole due to restrictions on club gatherings, but Sarah Sherwood, president of Green Club and Cal Lutheran senior, said some members still took part on their own time.

Meeker said this year still had a high number of participants, but it was not the same as previous years due to COVID-19.

“One thing that I think was really unfortunate was not being able to get school kids out in large numbers and having buses of kids which we’ve done in the past. Kids locally who have never been to the beach but that live within miles of it,” Meeker said. “Coastal Cleanup day has always been an opportunity to get some of those kids out on the beach and to talk about coastal protection and environmental awareness, and just get them exposed to that.”

Despite this, Meeker said over 1,046 people reported to the Clean Swell app doing a clean up in Ventura County.

The Clean Swell app is a platform for tracking trash cleaned up at beaches.

“I have that app, the Clean Swell app. It’s a lot of fun; I highly recommend,” Sherwood said.

When Sherwood went to Carpinteria last month, she said she opened the Clean Swell app and logged all the trash she picked up.

Meeker said the Clean Swell app comes in multiple languages, can be used anywhere and people can even engage in competition with friends and family.

Although a majority of the American population has been staying inside for the past few months, waste still lingers on the beaches, including disposable masks.

“Many masks include synthetic fibers, and plastic doesn’t fully biodegrade. Out in the environment, plastics break into smaller and smaller pieces that eventually end up in seafood, wildlife, and human consumers. Some sources estimate that it takes 450 years for one synthetic, single-use mask to biodegrade,” Aaron Gilbreath wrote for Capitol Weekly.

Gilbreath reported that professionals are calling the mask waste “an international phenomenon.”

Meeker said she hopes that even though California Coastal Cleanup Day has passed, people will still do their part to keep the ocean waste-free.

“Just because September’s over doesn’t mean that people can’t get out and do a cleanup,” Meeker said.