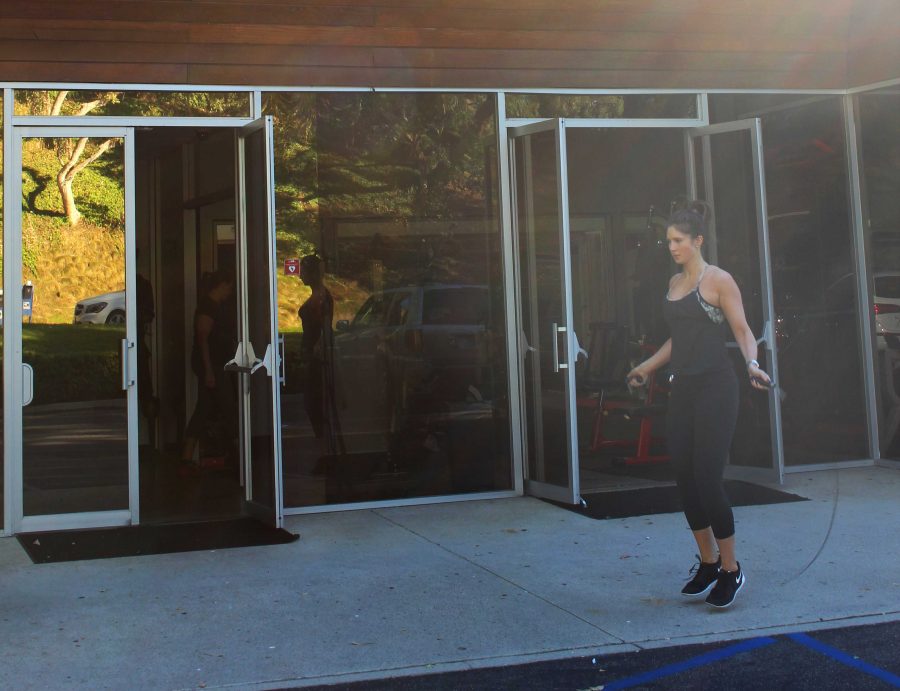 Going to the gym used to be my escape.

I used to go to the gym for a change of scenery, to get out of my house and get a distraction from everything else in my life.

This is just another aspect of our lives that has been taken away amidst the pandemic.

Gyms give people space to workout with fewer distractions as well as more equipment to try different types of workouts.

Ariana Salinas, a senior at California Lutheran University, said in a phone interview that it is much easier for her to become distracted during at-home workouts.

“At home all I really have to do is push the pause button to whatever workout video I am watching,” Salinas said. “My phone will ring or something so I’ll pause the workout and then I’ll go on my phone and I’ll look up and it’s been like thirty minutes I’ve been sitting on my phone.”

I also tend to have less motivation to actually start a workout at home, and I’m less likely to push myself. It’s easier for me to push off a workout to watch a movie with my roommates instead.

Brianna Bulkeley, junior Women’s Water Polo player at Cal Lutheran, said in a Zoom interview that she struggles to work out without a set schedule for weights and practices to hold her accountable.

“One trick I had was with our home gym downstairs we have a TV so I picked a Netflix show like I watched this Australian home decorating competition show,” Bulkeley said. “The only time I was allowed to watch it was if I went to workout and so I’d want to work out cause I would want to see who wins.”

Bulkeley, who is currently in Kansas, said the gyms are re-opening with new restrictions and rules in an effort to keep members safe and healthy.

She said even with gyms open, the experience is different now because she has to plan her workouts around the ability to stay further away from people in the gym and is hyperaware of how sanitized the equipment is.

Bulkeley and Salinas said they have both used online workout videos to try to prevent redundancy in their workouts.

Patrick Holmberg, assistant athletic director of Performance, said in an email interview that it is helpful to set achievable goals and to make sure that you enjoy the workouts.

He added that workout partners can help each other stick to a schedule and hold each other accountable.

Although at-home workouts are a viable option, Bulkeley said she feels less motivated to push herself during her workouts.

“I’ve always practiced and worked out with a team … when you know you don’t really have necessarily a season to look forward to … and there’s no one around to work out with you it’s definitely less motivating,” Bulkeley said.

Salinas said she tries to keep from getting bored by changing the routes she takes on her walks. However, the heat and poor air quality has made it more challenging to get outside.

“During the beginning of quarantine it was a lot easier for me to find things to do especially now because … the air quality outside is really bad because there’s a lot of fires going on where I am [Santa Clarita],” Salinas said.

Another factor that can prevent people from taking time to go outside is that it is starting to get dark earlier in the evening and light later in the mornings, which could make outside walks or runs harder to schedule during safer hours of the day.

Personally, I try to avoid running in the dark so I am more likely to be seen by cars when crossing streets and when on the sidewalks.

As a female running alone, running after dark is unsafe.

Gyms provide a space for people to focus on themselves and what they need to do. At-home workouts do not provide the same level of overall satisfaction of going to a gym or the same escape from the house or other distractions.