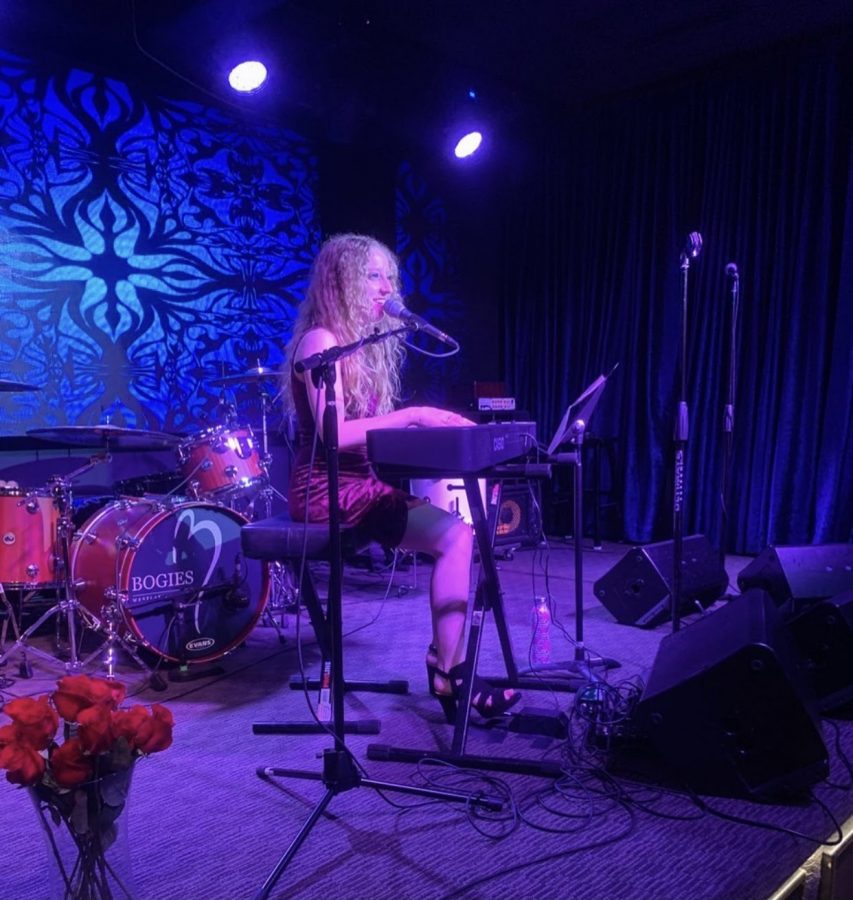 "When I am doing something else besides music all I am thinking about is music and writing music. I want to be performing,” Lola Chen, California Lutheran Junior said.

In a phone interview, LO LA said she didn’t know how it happened, but releasing the cover helped her music blow up.

“I released the song and then the next few days a bunch of people in Indonesia started using it on Tik Tok,” LO LA said. “And then it started playing all over the radio in Indonesia.”

Spencer Fischer, iCLU radio professor, said in a phone interview that LO LA is a current student in his class and two weeks ago she mentioned that she released a new song.

Fischer said he then listened to her song and “it was shockingly good.”

“The best ones have a sweet pain in it and I don’t know what life is showing her or whatever the deal is, but she’s got it,” Fischer said.

Tuesday, Sept. 22 at 3:45 p.m., exactly an hour after he ended class, he was on the phone with some of his connections in the music industry, sharing LO LA’s music.

LO LA said she began singing during musical theatre at age 8 or 9 up until her sophomore year of high school.

“And then I joined a band in high school and then I realized that I prefer just singing,” LO LA said.

LO LA said that her junior year of high school was when she really got into writing her own music and hasn’t stopped since.

Marks said she sees how hard LO LA works and how much time, love and energy she puts into her music, which Marks believes will take Chen far in her career.

“The fact that she plays piano, writes her own music, just the texture, the emoting, and the song structure is not historically something I … see out of someone who is 20,” Fischer said. “Which means she’s got all of this up and running, a voice with a very mature tone in it.”

LO LA said her main instrument is piano but during quarantine she’s been learning the guitar.

“I just got an electric guitar so I’ve literally been playing that all week,” LO LA said.

LO LA said that she considers herself a singer-songwriter with most of her music falling somewhere between pop and alternative pop.

“If it weren’t for the Beatles I definitely wouldn’t be a songwriter, I don’t think. They are really the biggest influence on writing my music–without them I just don’t think I would’ve gotten into it,” LO LA said. “I’m just obsessed with them.”

She said another influence on her music is Tyler the Creator. “I’m really trying to write like him right now, just the way he does half rap and half singing.”

Marks said she likes all of LO LA’s music. “The [songs] all have their own unique touch to them so you can always tell it’s a song by Lola.”

LO LA said she has performed at Cal Lutheran open mics with members of Black Student Union and at other open mics in Los Angeles.

“I performed in front of a live studio [audience] before the show, ‘Beat Shazam’ started filming. I basically got to entertain the audience while they finished setting up the set. The performance was literally the week before quarantine but it was a great last performance,” LO LA said.

Fischer said while he has been in the artist development industry for his entire career, “it’s been a minute since I’ve stumbled on one of these [talents] where I’m like … shut the front door! Who is that?”

“My big thing is everything happens for a reason, even though quarantine sucks and it’s been horrible, but at the same time it’s been such a blessing for my music,” LO LA said.

LO LA’s music can be found on her Link Tree or on Instagram @musicbylola_.

“The genuine truth about LO LA is that she is a hardworking, intelligent, creative, loving person who pours her entire heart and soul into her music and deserves to be heard as a musician,” Marks said. “I really can’t wait to support her in the future when she’s famous.”

This article was updated Oct. 12 at 9:30p.m. to reflect that Lola Chen prefers to be referred to as LO LA.