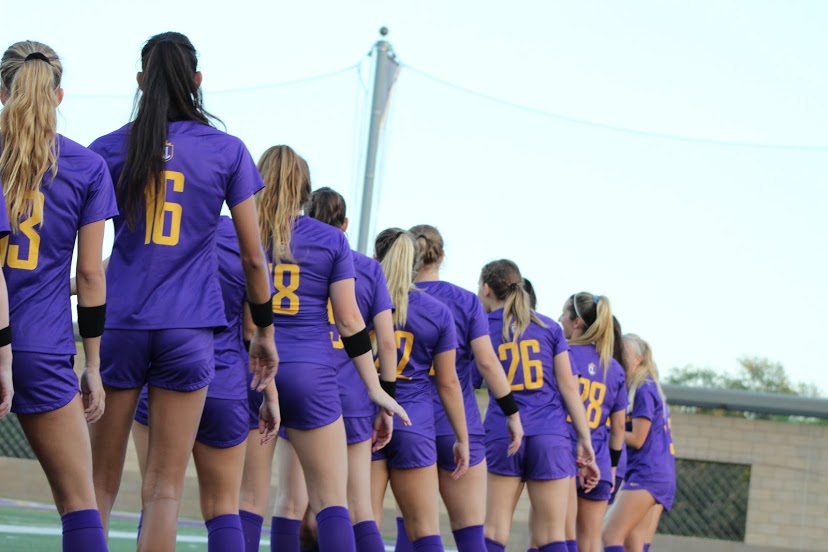 This award recognizes “student athletes’ commitment to excellence in the classroom,” according to the United Soccer Coaches website. In order to qualify, all members on the team roster must have a GPA of at least 3.0.

“I think we just have an expectation here that we’re gonna have student-athletes that truly value the student aspect of it,” Marino said.

Marino said coaches encourage players to prioritize studying, scheduling time for them to study during away games and pushing them to reach out for help if they are struggling in a class. He said he often sees the team studying on the bus as they travel for games and helping one another if they have the same class or major.

Marino added that last year’s team GPA was the highest it has been in recent years, regardless of the difficulties of the transition to remote learning.

“All the girls on the team are very school-focused and we make sure that our priorities are straight, on and off the field,” Sonia Chan, team captain and midfielder, said in a phone interview. Chan, a junior this year, said the upperclassmen on the team often give younger players suggestions of which classes to take or how to best review for their exams, and and that they studied together in the library.

Senior Katie Weaver, the team’s center back, said she believes the team’s academic success is due in part to the lessons learned by participating in sports.

“[Sports] has given all of us the motivation, the drive, and [understanding of] how to lose, like when you get a bad grade on a test or you don’t really get the grade you want to not just give up and pout about it but to just keep working harder and, you know, prove to yourself and everyone else that you can do this,” Weaver said in a phone interview.