Why are the election results taking so long? 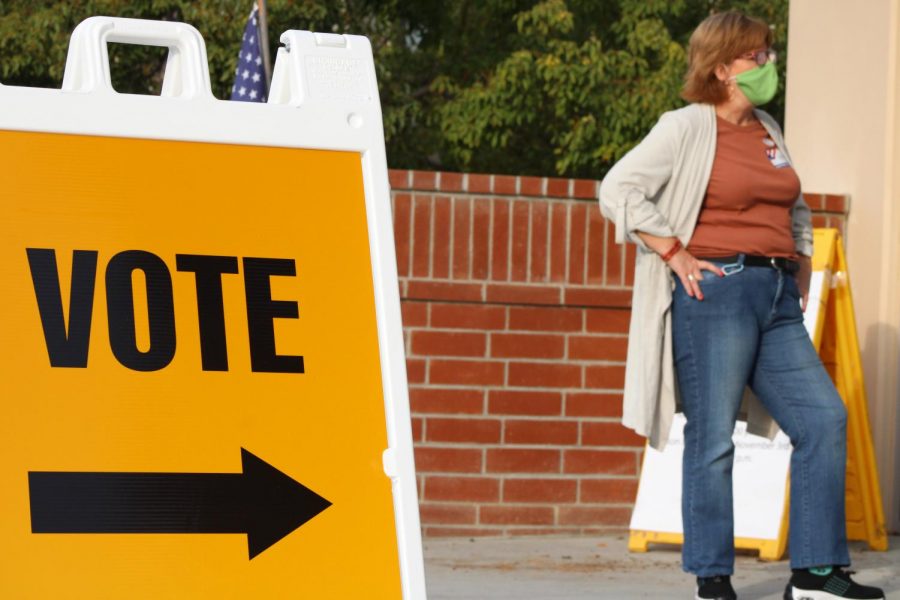 Editor’s note: The Associated Press announced Joe Biden as the projected winner of the 2020 Presidential Election at 8:30 a.m. Nov. 7.

News outlets called California just minutes after the polls closed at 8 p.m. Nov. 3, but presidential election results may not be complete until Nov. 13. Why?

“If you look at Pennsylvania or Wisconsin, I mean, I think they have until the 12th or 13th to count ballots–that’s a long time,” Haco Hoang, chair of the Political Science Department at California Lutheran University said in a Zoom interview. “We have other states like California that count [ballots] as they come in. But these other states like they can’t… even count by state law until the day of the election… and that’s millions of votes. So this isn’t new in that way. But what’s different is the sheer volume of mail-in votes.”

The COVID-19 pandemic created an opportunity for states to expand their mail-in balloting systems and nearly three-fourths of Americans had the opportunity to vote by mail this year.

In Ventura County, all residents were eligible to receive ballots by mail, and as of the Ventura County Clerk-Recorder’s most recent tabulation on Nov. 5, 364,308 of the total 500,442 registered voters cast their ballots in the 2020 General Election. That’s slightly more than the 363,285 who turned out in 2016.

Over 20,000 voters turned out to in-person polling stations between Saturday and Monday alone, the Ventura County Star reported. However, the heightened volume of mail-in ballots meant that not all votes would be counted on election night.

This is similar across the U.S. as ballot processing, including counting and verifying signatures on mail-in ballots, has to be performed by hand.

“A lot of the voting that’s left is vote-by-mail,” Jose Marichal, professor of Political Science said. “That means that well, if you go by…  the U.S. Elections Project and University of Florida, they think it’s gonna be about 150 million people turnout. What are we at right now [Thursday night], 142, so, another 8 million votes to go.”

All eyes were on the state of Nevada Thursday morning, Nov. 5, as their six electoral votes could push former Vice President Joe Biden to the 270 electoral votes needed to be named president-elect.

“The bulk of our ballots we are hoping will be read by Saturday or Sunday,” Joe Gloria, Clark County, Nevada Registrar of Voters said in a Nov. 5 press conference. “I think its very important… to understand that the mail-in ballot process is very new to the state of Nevada.”

According to AP, the state of Nevada has reported 84% of their election results as of 5 p.m. Nov. 5.

“It’s kind of like the 2000 election, right? In Florida, the hanging chads… we don’t have hanging chads but we actually do you have to have someone has to… actually physically count it. And I think that’s gonna be a slow process because counties are in charge of, you know, counting votes and then they get verified at the state level,” Hoang said.

Despite the slow tabulation process, media outlets are “calling” states.

As of 5 p.m. Nov. 5, the Associated Press reported that former Vice President Joe Biden has tallied up 264 electoral votes, while President Donald Trump remains at 214.

When many West Coast Americans went to bed on election night, however, the New York Times reported a wider margin, with Biden at 223 electoral votes and Trump at 174.

“I do think it is unethical to call any state before their polls close,” Hoang said. “I think statistically speaking you know once they achieve a certain threshold in California statistically the probability of it not going a certain way, is beyond that margin of error–three to five points. I still think they shouldn’t call it, because I think it undermines, a sense of efficacy.”

Some of the “toss up,” or swing states surprised political science students at Cal Lutheran.

“I was really–at the beginning of [election] night [Nov. 3]–I was expecting… us to make some gains in Florida,” Landry Irumva, president of the Cal Lutheran College Democrats, said in a Zoom interview. “Hillary lost it by 100,000 votes; I was expecting us to pick it up, but then, you know, it went down in Miami-Dade County and [it looked like] we’re doing really bad and I think early on I was just like, yeah, we’re not getting Florida. We looked good at the beginning in North Carolina, but now it’s just neck-and-neck so I was expecting that. I was never expecting Texas was gonna go blue.”

However, Marichal said there are some clear outcomes as the nation heads into day four of awaiting an outcome.

“The only votes that are left in Nevada are mail-in votes and those votes those which are going three-quarter Biden to one-quarter Trump everywhere. It’s just a matter of time before they call Nevada,” Marichal said. “Georgia–it’s down to 3,000 votes between the two [candidates] and… I saw something like that there’s like 30,000 votes and left a lot of them are from suburban Georgia so Atlanta. So that’s probably going to flip to Biden, by the end of [Thursday] night.”

“If you listen and watch, there are different theatrics that play out,” Hoang said. “I mean stay off Twitter, stay off social media some way, or at least understand what it is, right–theatrics. I feel it’s important for people to read, but read information, not commentary.”

Hoang said she recommends checking out Real Clear Politics as a source of updated information.

Ballots may not be fully tabulated for days or weeks, however, historically, the candidate that appears to be losing as the results become clear offers a concession speech.

Irumva said he doesn’t see it being that simple this year.

“I think, you know, Joe Biden is gonna win Wisconsin, he’s gonna win Michigan and Arizona… He’s going to be the president elect, and the President is going to say… this is all, you know, fake mail-in ballots,” Irumva said. “Ultimately, you know [it’s in] the Constitution, [that] he has to vacate by January, so it won’t matter.”

There is some expectation that the news outlets will begin to call the final election results as soon as Friday morning.

Here’s a breakdown of the final six states’ deadlines to count votes:

Alaska has the slowest ballot counting process of all 50 states. The state’s Elections Division cannot begin counting mail-in votes until a week after Election Day. The last ballots won’t be counted until Nov. 18.

Voters have five days to verify their signatures on their ballots, meaning that ballots cannot be counted in full until Nov. 10.

According to a press release from the Georgia Secretary of State Elections Division, there are only 16,105 outstanding ballots as of 8:40 p.m. Eastern Time, Thursday, Nov. 5.

“We have long anticipated – and said publicly – that counting would most likely take place into Wednesday night and perhaps Thursday morning. We’re on pace to accomplish that responsibly, ensuring that the voice of every eligible voter is heard. It’s important to act quickly, but it’s more important to get it right,” Raffensperger said in the press release.

Mail-in ballots postmarked by Election Day, received by 5 p.m. on Nov. 10 will be counted and ballots can be counted up to nine days after the election.

North Carolina’s Elections Division will accept mail-in ballots received by Nov. 12, as long as they were postmarked by Election Day.

Votes must still be certified by county election officials and reported to the state’s Election Division no later than the third Monday after Election Day.

“Then the hope is that the leaders–the grown ups in the Republican party–say like, look, you know, if there’s fraud let’s investigate it… but if you can’t make a definitive case that there was actual fraud. Then you lost, then you really lost,” Marichal said. “Then in our system is, you know, the peaceful transfer of power… is he gonna do anything to like undermine peaceful transfer of power? I mean I think for me as a political scientist, as a parent, as a professor, as a teacher of students, that’s the thing I worry about.”