Pageants are more than what you see on TV 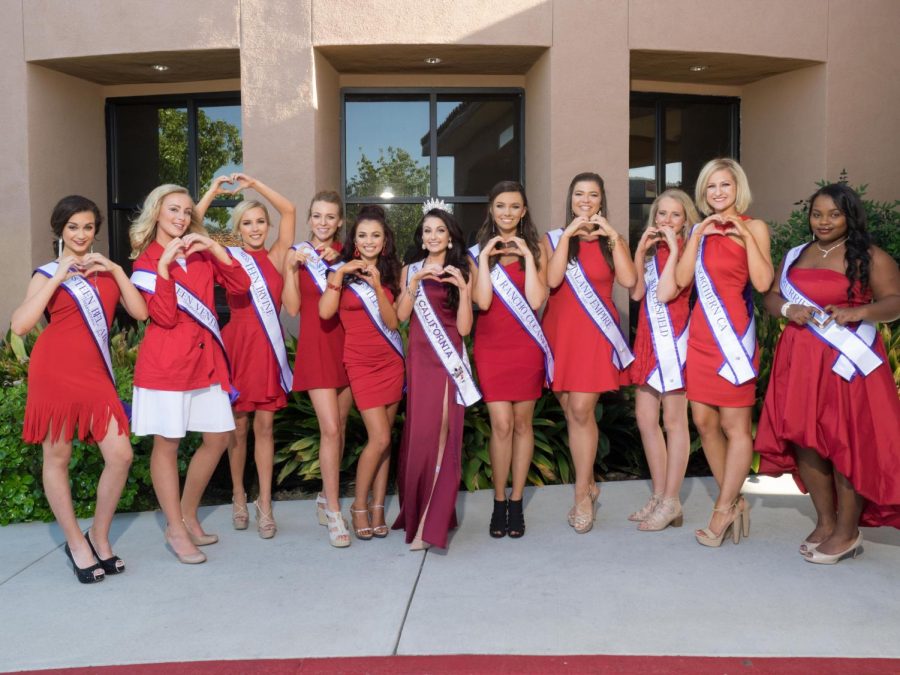 Pageants like the Miss USA and Miss America have gained a lot of traction for their entertainment value, yet they are compared to TLC’s show Toddlers and Tiaras far too often.

As a former pageant competitor and titleholder myself, I can tell you that pageants are more than the entertainment and drama that is portrayed to the public through reality TV shows.

According to an article by PBS, “While beauty pageants around the world are primarily about putting idealized versions of femininity on a competitive stage and awarding a “royal” title and crown to the winner, they are also about using femininity to represent other issues.”

During my experience in pageants, I picked up skills that helped with presentations, preparing for school and job interviews and dealing with everyday friendships.

I was able to immerse myself in community service with organizations such as Stop The Clot through The National Blood Clot Alliance, The American Heart Association, Feeding America Riverside County and Jacob’s House Temecula.

I also had a competitive edge in job and internship interviews from years of pageant coaching in my back pocket.

Emma Loney, a law student at the Northern Illinois University College of Law and a plus-sized model and body activist, said she created strong friendships while learning to compose herself well from pageantry. She also said pageants have helped her professionally.

“Being able to create an influential platform using my social media and just like branding myself as a whole, which is kinda hard to learn, especially as just a student, they talk so much to a lot of students about how you can brand yourself and make yourself look good in applications and I’m like oh, I’ve already done this in pageantry,” Loney said in a Zoom interview.

Carly Peeters, a junior at California Polytechnic San Luis Obispo studying communications, first began competing in pageants when she was 15 and nearing the end of her first year of high school.

“Pageants, especially going from like California state pageants where you see the same girls over and over and over, so you really get to cultivate those friendships,” Peeters said in a FaceTime interview. “And then when you go on to nationals, you stay in touch with the girls because you spend all day, every single day for seven days with them so you get really close really fast because you’re all tired and deliriously excited for finals.”

As someone who was homeschooled for a good portion of her life, Peeters said she was able to have a network of friends who resonated with her interests, and that is something she values.

“I have friends in many different states, a bunch of which have either come to visit me in LA or I’ve visited [them] in their own home states,” Peeters said.

Even though there were pros to competing in pageants for me and many other young women, there were also downsides.

Pageants put a lot of pressure on me during crucial times of my life, especially while still recovering from an eating disorder I developed when I was only 13 years old.

Janna McCoy, a senior at the University of San Diego majoring in International Business with a minor in Marketing, has competed in pageants for five years and supports both of her sisters, who have been competing for more than 10 years.

McCoy said pageants can both help and hurt your self-esteem without you even realizing it.

“There are still times when, you know, I do fall back to old ways of being like, oh shoot I’m not good enough, I will never be able to compare to all these beautiful women,” McCoy said in a Zoom interview.

Loney touched on what it means to be curvy and compete in pageants and the pressure that is involved when it comes down to preparing for a competition.

“You can be curvy, you can be plus size and live a very healthy lifestyle. Your body size is not a direct reflection of your health,” Loney said. “I know a lot of women that have competed on the state level and on the national level on the Miss USA stage and they’ve told me that they have been the most unhealthy preparing for these pageants because they’re forced into these ridiculous workout routines or ridiculous diets.”

Though I am still finding pros and cons to the extravagant extracurricular activity, my experience navigating through pageantry has made me who I am today and I am very proud of that.

In the future, I would hope that pageants become more accepting of girls of all sizes. I’m not saying do away with the swimsuit or fitness portions of competition altogether, but rather be more accepting in celebrating women of all body types instead of a one-size-fits-all type. Pageants aren’t bad; they are just in need of some changes in the future.