Dr. Rosenberg ‘made an impact in each of his student’s lives’ 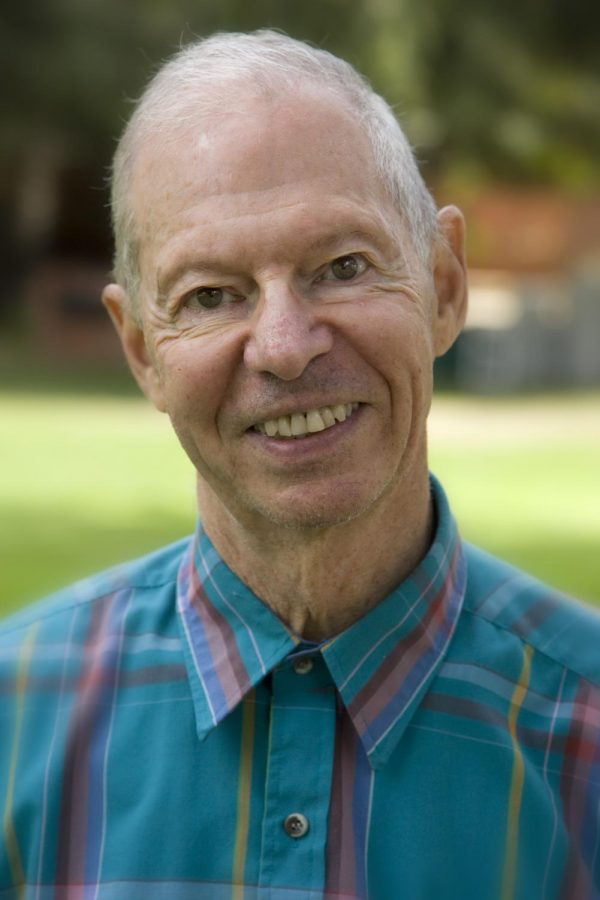 Students and faculty members said they will remember Professor Fred Rosenberg as caring, inspiring and informative. Rosenberg passed in a car accident at age 88.

A month ago, on Monday, Oct. 19, Rosenberg, a senior adjunct faculty member, tragically passed away in a car accident at 88 years old. Rosenberg had been teaching biology at California Lutheran University since 1999.

His death was a shock to his colleagues and students.

“I remember getting the call and hearing the news and I was just silent. I didn’t have words,” Kris Karsten, associate professor and Biology Department Chair, said in an email interview.

Camryn Romo, a senior biology major, said in an email interview that she was “in complete shock” when she heard the news.

“I instantly felt so sad for his family about his sudden passing. Rosenberg’s legacy will continue on at Cal Lutheran and I know he made an impact in each of his student’s lives,” Romo said.

Rosenberg specialized in environmental science and public health and created two unit seminars in these fields. He used case studies, current events and journal articles to discuss topical events in his classes.

Before becoming a faculty member at Cal Lutheran, he taught at Northeastern University in Boston for 38 years. He was promoted to senior adjunct professor in 2015.

Rosenberg was more than a professor–as a colleague, he brought deep knowledge and a caring spirit to the department.

“I always found myself smiling when talking to him,”  Karsten said.

Karsten took over Rosenberg’s Medical Microbiology course after he passed.

“One of his greatest contributions was educating our students. But beyond that, it was his sense of caring,” Karsten said.

Aside from being a caring colleague, Rosenberg was known as a passionate professor to most biology students on campus. Karsten said he recognized Rosenberg’s investment in helping students succeed.

He also said Rosenberg is the perfect example of what it looks like for a professor to cater to student success at a school like Cal Lutheran.

Blessing Win, a senior biochemistry major, was one of the students in Rosenberg’s spring 2020 course who witnessed his transition to online learning.

“Dr. Rosenberg did not struggle at all… I have always appreciated him adjusting to online learning even though it was immediate,” Win said in an email interview.

“He genuinely wanted to see everyone succeed and have fun in his class. He was very engaging in our class and had great stories to tell,” Romo said.

She said some of her favorite memories of him were the stories he shared about the profession and his comments on health and safety concerns.

“[He] told us all the foods we shouldn’t eat because of the microbes that live in them,” Romo said.

Rosenberg also served as an inspiration to his students.

“He himself was not easily swayed to not stand on his beliefs. That’s what motivated me to stand on what I believe in,” Win said.

One of the lasting impacts Rosenberg had on Win was the conversation they had on the importance of being vaccinated. Win said she believed vaccinations did more harm than good and Rosenberg was committed to providing information that could help Win understand their effectiveness.

“After the video and discussion, I was able to clear up my misunderstandings and was able to go for a vaccination without doubt and fear,” Win said.

“I will remember him as someone who enjoyed doing what he does,” Win said.

Rosenberg conducted research where he studied the bacteria found in bottled water. He served as a mentor to most who participated in his research.

His kind heart, stories and caring personality will resonate and remain in many Cal Lutheran community members’ hearts.

“I will remember him as being one of the nicest professors I have ever had,” Romo said. “He had a heart of gold and wisdom to share with everyone.”