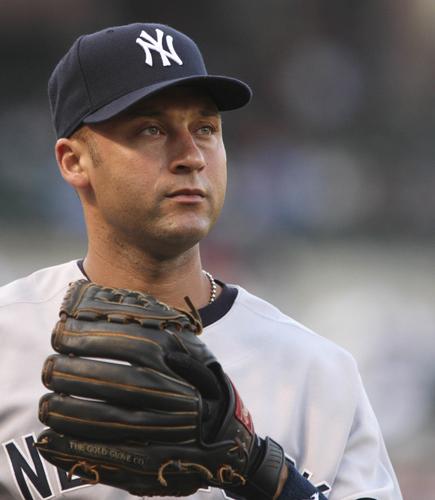 The Captain: Derek Jeter’s illustrious career will come to a close at the conclusion of the 2014 Major League Baseball season. He leads the Yankees in all-time hits, at-bats, games played and stolen bases.

Baseball is considered by many to be “America’s Pastime” and it’s one of my favorite sports. However, I believe Major League Baseball needs to improve in areas like marketing and unofficial game rules in order to be more engaging.

For one, there is definitely room for improvement in marketing. If you ask someone if they know who Lebron James is, chances are they would at least know he is a basketball player.

On the other hand, if you ask someone who Tyler Glasnow is, they probably would not know that he is a pitcher for Tampa Bay Rays.

Another advantage sports like basketball have over baseball is the ability to market their players through merchandise like shoes. Baseball players wear baseball cleats when they play, and it is highly unlikely that massive amounts of people will buy baseball cleats made to run the bases.

In a phone interview, long time baseball fan Robert Cashier said he believes baseball players should still come out with their own shoe.

“These guys don’t wear cleats after they leave the game. They put on some cool shoes like basketball shoes or sneakers,” Cashier said.

I also believe this is a great idea because fans of certain players would most likely still buy the player’s shoe even if they do not wear it on the field.

Another problem that is hurting baseball’s popularity among its casual fans is the game’s unwritten rules.

For example, if a team is up by quite a few runs, they should not try to drive up their score any more.

The argument from the pitcher’s point of view is that driving up the score is unsportsmanlike. However, to me, intentionally hitting someone with a pitch just for playing the game is even more unsportsmanlike.

In my opinion, this can make the game boring to those who aren’t diehard fans because once a team is up by a certain number of runs, they basically stop playing.

In a phone interview, former MLB umpire Al Kaplon said if teams break this rule, there is a good chance that the opposing pitcher will try to intentionally hit one of them with a fastball.

To combat this, I believe there should be stiffer financial penalties for pitchers who throw at batters for driving up the score.

Kaplon said in some cases, he believes it’s okay to hit someone with a ball if they are actually doing something wrong, but if they are just hitting players because they are hitting home runs and driving up the score, that is not right.

“Let’s say it’s eight nothing and the guy swings and gets a home run. You have to understand that that’s a professional hitter that’s making money doing this and he is based on his statistics and that’s how [he] negotiates his contracts and feeds his family so I don’t think it’s right in that instance,” Kaplon said.

I agree that there are certain instances where players may deserve to get hit with a ball for doing something wrong in the game.

However, if the other team is scared to simply play the game because they are up by a few runs and might get a ball thrown at them if they hit a home run, then they will just stop trying as hard.  This makes the game boring for the fans.

I think the MLB as a whole needs to do more to prevent pitchers from hitting batters, whether it be stiffer financial penalties or longer suspensions in addition to improving how they market their players. All of this can help the popularity of the sport and turn casual fans into baseball enthusiasts.