Luke Rodarte swims his way to the Olympic Trials 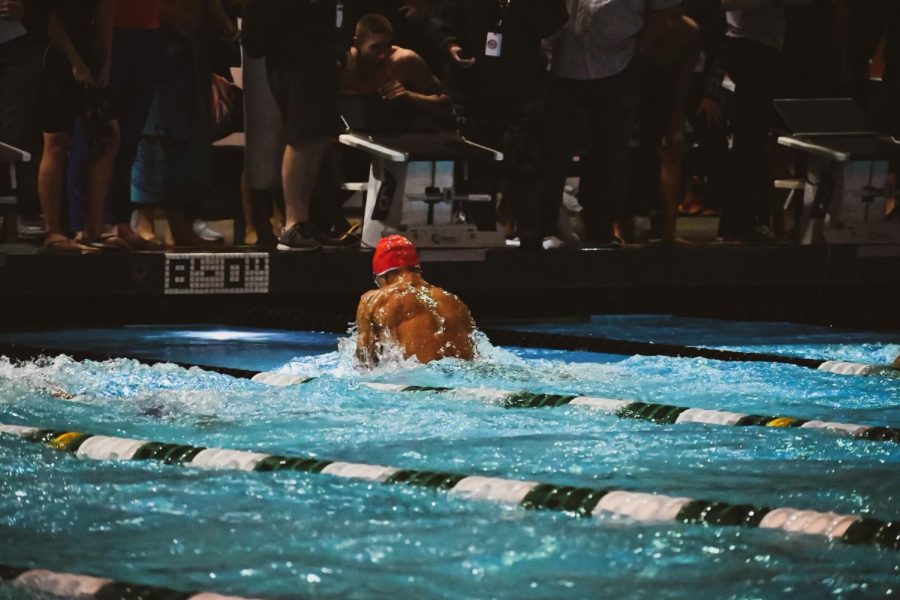 About a year ago, Luke Rodarte was welcomed to the California Lutheran University Swimming & Diving team. Since then, he has not only created a name for himself at Cal Lutheran, but also earned a spot in the Olympic trials.

While he always enjoyed being in the pool, Rodarte said he spent most of his younger years on the ski slopes, and even went Division I in Colby-Sawyer College’s ski program.

“When I was 14, I made the decision to completely commit to skiing and stop swimming,” Rodarte said.

During Rodarte’s time on the East Coast, he said he slowly realized he was always connected to being in the water and swimming. This led him to step away from his ski career and pursue swimming competitively in college.

“And in a lot of ways, swimming kind of brought me back to life–it was always important to me,” Rodarte said.

Rodarte said he was able to take the skillset from skiing and apply it to his abilities in the pool.

“I kind of took all of the lessons I learned from skiing and the background I have as a ski racer and tried to apply it towards swimming,” Rodarte said.

Rodarte left school on the East Coast and moved to Southern California. Rodarte said when he met Barry Schreifels, head coach of the Kingsmen Swimming & Diving team, he realized this school is where he wanted to be.

Rodarte said he fell in love with Cal Lutheran after visiting campus and the Swimming & Diving team was just an added bonus.

“We set up a meeting and probably within ten minutes of speaking with him in the meeting, I knew that he was serious about swimming and that he was a terrific athlete. I knew he needed to be on our team,” Schreifels said.

Schreifels said Rodarte is not only athletically capable, but also full of grit.

“I could sense his seriousness of being an athlete–his intensity, his toughness. And that plays a huge part in being a great swimmer,” Schreifels said.

Even before attending Cal Lutheran, the Olympic trials were on Rodarte’s mind.

“Before I even stepped foot at Cal Lutheran, I was talking to my brother, and I was like, ‘I’m going to train for six months and go to the Olympic trials,’” Rodarte said.

“He’s somebody that, I think, has really inspired everyone in the water–I believe Luke’s greatest strength might not be visible–and his actions completely speak louder than his words,” Schreifels said.

Rodarte’s teammate and Cal Lutheran junior Miles Gaitan said in a Zoom interview that Rodarte has made an impact on the Swimming & Diving team’s overall performance and ethic.

“He motivates me to go faster. You look at him and you think, ‘yeah, this guy is athletically bigger than me, but I mean, if he can do it, why can’t I?’ and I think that’s kind of cool,” Gaitan said.

Rodarte said the people around him are an important part of his success and who he has become as an athlete.

“I wouldn’t be here without my teammates, my coaches, and my parents,” Rodarte said. “The support group I have around me is a huge reason why I’ve been able to see some of the success I have in the sport.”