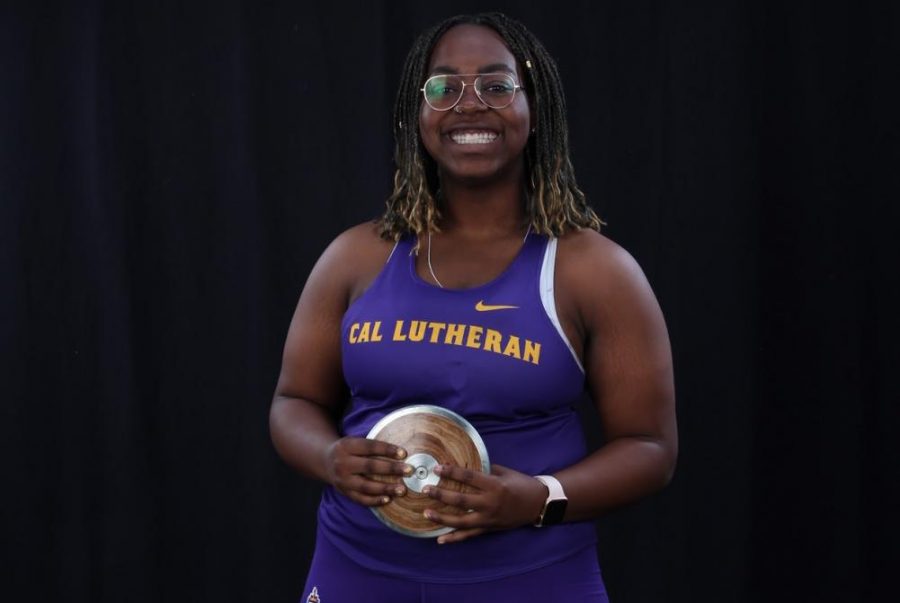 California Lutheran University sophomore, pre-med student Zaria Opara ranked #2 for the discus throw with 38.9 meters, #3 in the hammer throw with 41.86 meters and #10 in the shot put with 9.85 meters, in the nation.

California Lutheran University sophomore and pre-med exercise science major Zaria Opara has had a high-ranking track and field career. In her first year at Cal Lutheran, Opara ranked second in the nation in the discus throw, reaching 38.9 meters, third in the hammer throw at 41.86 meters and tenth in the shot put at 9.85 meters.

“[My achievements are] really exciting and really good motivation for me because it’s good to know that I am capable,” Opara said.

Opara said she credits her parents with motivating her during her earliest throwing days, starting in sixth grade.

Opara said her family is very tight-knit and as the oldest of five children, she seeks to inspire and motivate her siblings to be the greatest they can be.

In college, Opara said her achievements, love for the sport and her teammates are the driving forces in her work ethic.

“Even though it’s three to four hours of practice I love it and my team for the crackheads they are,” Opara said.

Training is one of the most important and fun activities that Opara said she participates in.

Opara is a leader on the track and field team and is inspiring in both her words and actions, said Ariana Gamble, a friend of Opara’s and second-year track team member.

Opara is known for her friendly personality with her teammates as well, said freshman thrower  Timothy Thompson. As a lover of people in general, Opara is quick to make friends with everyone she comes in contact with, Thompson said.

“It’s one thing to be new to a college and trying to make friends, but [Opara] can just walk into any room and walk up to anyone and ask them what their name is,” Thompson said.

Thompson and Gamble both said Opara is a huge help for them to stay motivated and inspired while participating on the team.

Opara said her future involves many aspirations, including continuing her athletic career at Cal Lutheran, achieving more accolades in track and field and eventually becoming an orthopedic surgeon.