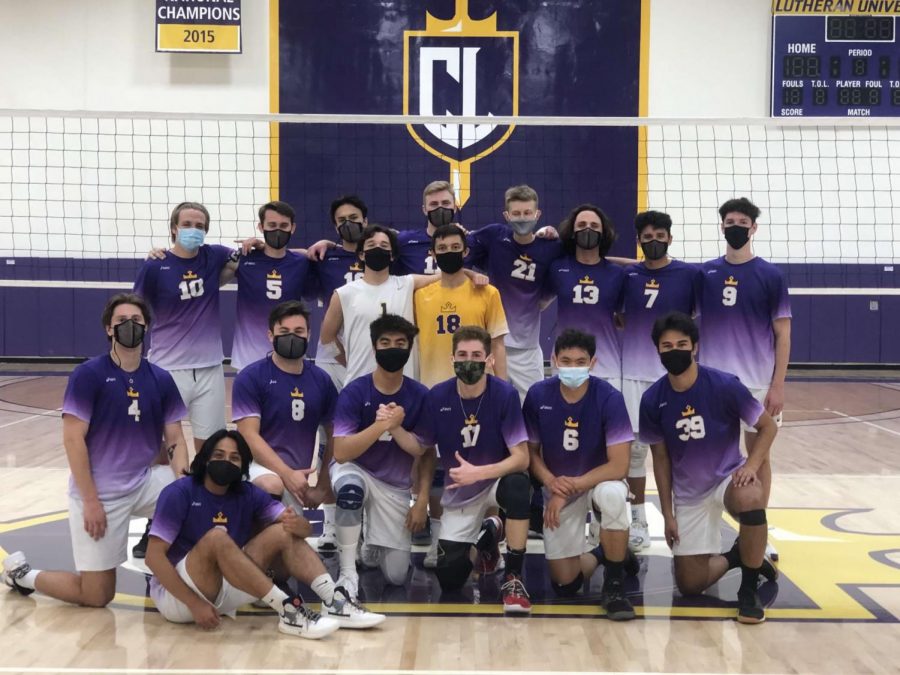 The Kingsmen took down the Firebirds in two matches on Saturday March 27.

“The other team was a good team to play against,” junior libero Eli Moore said in a phone interview. “We put out a bunch of different lineups to give guys a good opportunity to play next to everyone and I felt our team dynamic was good for us having our first game… I really appreciated all the guys that I got to play next to.”

Moore led the defense, getting up 17 digs in the second match.

Moore said he credits the setters for consistently getting the ball up and putting variation in their sets.

Jacob Cudiamat, sophomore setter, put up 13 assists in the first match and 11 in the second.

“I’m a setter and I felt like I connected really well with the hitters, there was a lot of good communication and it just turned out really well, we played well,” Cudiamat said in a phone interview.

Cudiamat said it was more difficult to communicate than years prior as COVID-19 restrictions require players to wear masks during matches.

“Before the other team would serve, I would call a play for each hitter and we would try to get the best outcome out of it,” Cudiamat said. “I think playing with a mask definitely made it harder to communicate. It was a bit tougher to try to be loud and it just made it harder for me to play and be able to talk with my teammates.”

The team had to start from scratch with many first-year players joining the roster to replace senior players that graduated last year, first-year right-side hitter Jake Tucker said in a phone interview.

“I was surprised we lost a lot of seniors last year, which really didn’t help the team, so bringing in a huge freshman group was new and [it] was hard to communicate and find that team chemistry,” Tucker said.

Despite the challenge, Tucker said the team was able to mesh in their first matches of the season.

“It turned out that we all clicked right away. You know we got the first game jitters out of the way, just clicked from the start,” Tucker said.

The Kingsmen will return to the court Thursday April 15 to play Moorpark College.