Derek Hahn: CLU’s lowest-scoring golfer and ‘one of the nicest guys’ 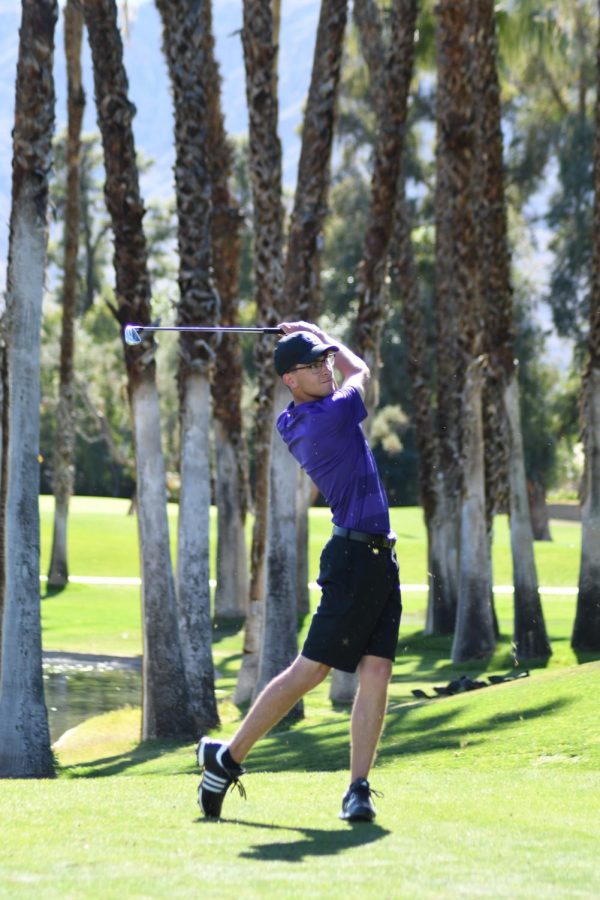 California Lutheran University sophomore and Kingsmen golfer, Derek Hahn is one of the lowest scoring golfers on the team, contributing to his recent second place win.

Hahn admitted he is somewhat new to the sport, having only started playing the summer before his freshman year of high school, but he has put in a lot of time and effort into improving his game over the last few years.

Hahn said he knew he wanted to continue his golf career at the collegiate level and Cal Lutheran was his final choice.

Hahn said in a phone interview that he liked the location of Cal Lutheran and spoke to Head Golf Coach Jeff Lindgren about playing golf for the Kingsmen.

Hahn said he has always been a very independent person and enjoys the fact that golf is a more individualized sport.

“I enjoy the aspect of working at something and getting better at it, and I don’t have to rely on anyone,” Hahn said.

Although each round of golf is individual, Hahn said the team aspect of college golf has grown on him.

“I wasn’t ready for it, but I actually enjoy it now because it holds the team aspect but also the individual aspect,” Hahn said.

The golf team usually takes five players to tournaments against other schools and counts the four best scores to make up the overall score, which determines the ranking of the teams. While each individual is responsible for their own score, “you have to count on your teammates to be good to bear the other schools,” Hahn said.

Claire Cornejo, sophomore business major and member of the Regals golf team, said in a phone interview that Hahn is a “really fun guy to play with and have as a teammate.”

Since they’re both sophomores, Cornejo said they came to the team together and are friends both on and off the course.

“He’s one of the nicest guys I know and a great golfer,” Cornejo said. “He’s awesome.”

Drake Jones, junior on the Kingsmen golf team, said “Derek is a quiet guy at first, but once you get to know him he is one of the funniest people around.”

Hahn said, like many other golfers, Tiger Woods is an inspiration to him.

“I didn’t really watch much golf growing up, but [Woods] became a big influence to me when I was watching all the old videos on YouTube trying to figure out how to get better,” Hahn said.

He said professional golfer Justin Thomas has also had an impact on him.

“He’s [Thomas is] probably only 5″10′ and super skinny, maybe about 150 pounds, which is inspirational for me because I’m about the same stature and the dude smacks the ball for miles,” Hahn said. “It’s cool to see small guys hitting it far.”

Hahn said he hopes to do something in music after he graduates from college, but will always keep golf as a hobby.

“It’s just something you can play for your whole life,” Hahn said.