SCIAC Male Swimmer of the Year looks ahead to Olympic Trials 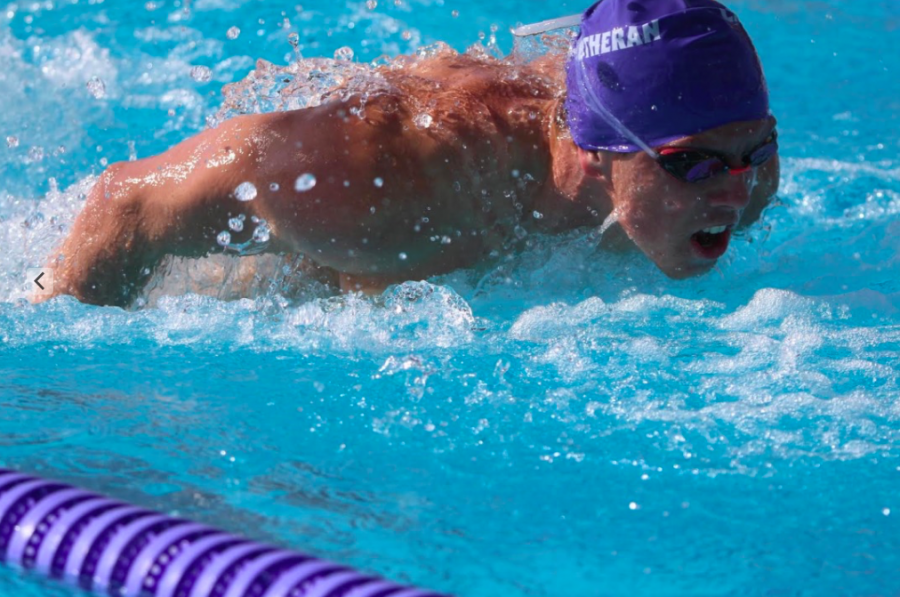 “After season’s done I’ll keep training until hopefully I qualify for Olympic Trials,” Nybo said in a Zoom interview.

Nybo said he will stay at Cal Lutheran for graduate school and plans to remain on the swim team for a fifth season.

The SCIAC Swimmer of the Year award is voted upon by all the coaches in the conference.

The Cal Lutheran Swim and Dive team has one final meet this Saturday, April 10 and Nybo said his goal for this meet is to swim fast and hopefully secure an automatic All-American title time.

Teammates Brenden Fuggles and Miles Gaitan both said Nybo is hard-working and deserves this award.

“He’s fast and that makes a huge part of it but I think AJ is also just a leader on the team,” Fuggles said in a Zoom interview.

Nybo and Gaitan said one of the ways he won this award was by beating out a Pomona swimmer in the 200 individual medley event by .01 of a second on February 21, 2020. Nybo attributed this win to how hard he pushed himself when it came down to the wire.

“He’s always working on making his stroke perfect and he has a lot of natural power in the water,” Gaitan said in a phone interview.

Nybo also said his teammates are one of the biggest reasons he is successful.

“It’s been really nice to have a team that’s very supportive and that wants to work hard and having that next to me always practicing makes it a lot easier for me to work harder and accomplish things like that,” Nybo said.

Both Fuggles and Gaitan said Nybo is someone you can always go to for pointers about how to be better in the water.

“He’s really knowledgeable and he’s also just a good role model for our team. He’s a good figurehead for our program and just a great guy to look up to,” Fuggles said.

Nybo said he thanks his coaches, who have made sure the athletes are always ready to perform.

Nybo said he has put in a lot of hard work and plans on continuing to push himself in order to find a meet that would give him the opportunity to qualify for the Olympic Trials.